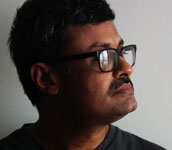 Having attained political power for the third time, Pakistan’s prime minister, Nawaz Sharif, is now concerned about meeting another full-blown power challenge—how to deal with the crippling electricity shortages in his country.

It’s a grim story and not just one where people are sweating and protesting: it’s actually more about a country’s need to grow, produce and generate income.
As of now, Pakistan produces 11,000 megawatts (MW) of power, but actually requires as much as 17,000 MW.

According to Pakistan’s National Transmission and Dispatch Company, the annual electricity demand over the next 10 years is expected to hover around five to six percentage points.

“With [the] current position of [capacity] expansion, it seem[s] that the [electricity] crisis will not be over which in turn will affect the economic growth of the country,” the energy section of Pakistan’s Economic Survey 2012-13 said on Tuesday.

With imported oil contributing 35 per cent of Pakistan’s power generation capacity in 2012 at a cost of $14.5 billion, the costs of producing electricity tell their own story.


Former finance minister  Sartaj Aziz, who is a key adviser to Prime Minister Nawaz Sharif, was quoted as saying: “In the medium term, we have to improve our energy mix...We need to rely more on coal and hydroelectricity. We have this crisis because 40 per cent of our electricity is produced by thermal power plants that burn imported diesel and furnace oil. This, obviously, is a very expensive undertaking."

Since 2008-09, Pakistan has added 3,377 MW capacity, but this did not lead to any reduction in load shedding because of “financial constraints and lukewarm performance of public sector gencos [generating companies]”.

“Consequently, the country experiences extreme shortages, both in winter and summer due to higher air-conditioning demand (5000+MW),” it added.

Writing in the Express Tribune newspaper, journalist and analyst Farooq Tirmizi argues that the stealing of electricity is central to the overall issue of shortages.

“The key problem in all of this, however, is the propensity of a large proportion of Pakistanis to steal electricity and the government’s unwillingness to confront them,” he said in a recent piece.

Not charging consumers had also created a huge problem in the country, the Economist magazine said in a report.

“At the end of 2012 the country’s stock of energy-industry debt was $9.1 billion— about 4% of GDP—according to a report funded by the United States Agency for International Development (USAID) and carried out by the national Planning Commission,” it said.

Whatever be the issues of collection and theft, the fact remains that successive Pakistani governments haven’t been able to enhance capacity and meet the needs of their people.
Even now, in the midst of an unprecedented power crisis, traditional answers are being explored. It’s not simply an issue of meeting the current demands, but thinking about the future as well.

Experts believe that while Pakistan has been exploring renewable energy options, the targets that have been set are way too high.

In the case of Pakistan, like other South Asian countries, expert inputs remain on paper and implementation – leading to traditional or alternative solutions – often remains on paper.
Sharif has been voted to power with much fanfare and hope.

The prime minister is aware that there’s no “quick fix” solution to the problem. But he knows that his political future definitely requires a “fix” to the power crisis.
It’s serious.