Who leads the intimate dance of El Nino with the Indian monsoon? 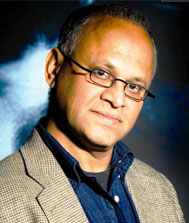 El Niño, a Spanish word that means “the child”, was the name given to the warm waters that appeared around Christmas time, off the west coast of South America. The term was coined by Spanish colonizers in the 18th century. More than a century later, a British officer of the East India Company, Sir Gilbert Walker, noticed that an oscillation in the sea level pressure (between two places, Darwin and Tahiti), which he named the Southern Oscillation, was responsible for the devastating famines over the Indian subcontinent.

It was only in the 1960s that a Norwegian-American meteorologist Jacob Bjerknes discovered that there was an intimate interaction between the tropical Pacific Ocean and the atmosphere that lies over it. This was responsible for both the El Niño and the Southern Oscillation. This air-sea interaction could push the water to the west and cause the colder deeper waters to upwell to the surface in the east creating a cold-tongue with a high sea level pressure and the water got heated by the sun as it travelled west towards New Guinea and Australia, creating a warm-pool of water around Australia and the Indonesian seas with a low sea level pressure. The increasing temperatures and the decreasing pressure from east to west are important for maintaining the winds from east to west.

The deep cold waters bring nutrients with them and act as fertilizers to the photosynthetic algae or the plants of the sea which then support the entire food chain from microscopic organisms to the giant whales. This high productivity helps maintain the incredible biodiversity over Galapagos, the island chain where Darwin had some of his epiphanies on evolution. The air over the warm waters in the western Pacific warm-pool gets heated and rise, producing majestic atmospheric convective plumes with dark towering clouds that result in over five metres of rain per year over the West Pacific. So powerful is the heat engine associated with this convection that it can shake global weather and climate, including the Indian monsoon.

For reasons that are not yet fully understood, the trade winds blowing from the east to west, or from South America towards the Philippines and Australia, slacken once in a few years and the warm-pool begins to slosh eastward carrying the atmospheric convection and rainfall with it. This reduces the sea level pressure in the east while increasing it in the west and thus weakening the winds going from east to west. The upwelling in the east of Galapagos and South America is thus reduced, generating the warm waters that the Spaniards noticed. Contrarily, the warm-pool in the west gets cooler than normal. This typically occurs around the end of the calendar year and hence the name El Niño, as in the Christ Child, that brings the gift of warm water to a coast that is typically colder than 20oC.

There is an abundance of rainfall over parts of South America during an El Niño, which is now typically referred to as the El Niño-Southern Oscillation or with a rather boring acronym, ENSO. ENSO reduces the upwelling in the east Pacific, resulting in reduced productivity and large-scale death of many fish and seabirds while drying up the western Pacific at the same time, bringing droughts, dust storms, and forest fires to Australia, Indonesia, and sometimes also to India. The so-called teleconnections of ENSO also impact all continents with various beneficial and deleterious weather regimes, likes floods, droughts, and diseases.

During most years, trade winds continue to blow from the east to the west and sometimes stronger than normal, making the cold-tongue colder than usual and increasing the temperature and pressure contrasts between the east and west and strengthening the winds blowing from east to west. This is the opposite phase of the El Niño and clearly, we cannot call it anti-El Niño since El Niño refers to the Christ Child. So it is referred to as La Niña, or the girl child. La Niña or the cold phase of ENSO brings more productivity in the eastern Pacific Ocean and more rain to the western Pacific and often a bountiful monsoon to India.
Jacob Bjerknes’s insights on the ocean-atmosphere interactions pointed out that if we could build fluid dynamic models of the ocean and the atmosphere to represent these interactions, then we can simulate ENSO and, maybe, even predict ENSOs many months in advance.

It was in the 1980s that a young professor named Mark Cane and his student Steve Zebiak at the Massachusetts Institute of Technology (MIT) managed to build just such a model and they even made the first successful forecast of ENSO many months in advance. This seminal effort revolutionised ENSO research and modelling efforts. Various groups in the world have since built many more models that are not only more sophisticated but also more complicated in their representation of the atmosphere, ocean, land, and ice processes. An array of moored ocean buoys was also initiated in the 1980s to monitor the tropical Pacific Ocean for understanding and better predicting ENSO since the damages caused by ENSOs often run into billions of US dollars. Models have become increasingly more skillful in their representation of ENSO and have a high success rate in predicting up to six months in advance whether an ENSO will occur at the end of a given calendar year. But a consensus is emerging among most models now. For example, most of the models have predicted that there is high probability of the Pacific witnessing an ENSO at the end of 2014.

There are caveats though. We still lack understanding in some fundamental aspects of ENSO such as exactly when an ENSO will begin. Till now, it has been a trend that even though once an ENSO begins, it is mostly clear by the summer of the ENSO year that the coming winter will be a full blown ENSO. So in the summer of 2014, models will be much more confident about their forecasts for an ENSO at the end of 2014.

It is the potential for the ENSO to produce a weaker monsoon over India that can then be used to make advanced forecasts of the monsoon even though the peak phase of ENSO occurs around December and the monsoon peaks during the summer. The story is of course a bit more complicated since monsoon itself is a significant heat engine and thus it is able to perturb the ENSO and make it weaker. And this is the reason why not all droughts over India are explained by ENSO. The monsoon of 2012 was a typical example where an ENSO was forecasted with great confidence by all models but the monsoon behaved quite erratically and the ENSO that appeared to be growing till August of 2012 actually dissipated away during September and the warm waters never appeared off South America during the Christmas of 2012.

This poses a severe challenge for the monsoon forecasters since the traditional paradigm has been that a warm ENSO tends to bring a weaker monsoon over India and since ENSO is generally predictable at least six to nine months in advance and we can rely on ENSO forecasts to produce more confident monsoon forecasts. But, if in some years, the monsoon is able to suppress a growing ENSO, then we need to understand what causes the monsoon to be the dominant player during those years. Extensive research is being conducted on these issues in India at places such as the Indian Institute of Tropical Meteorology (IITM) in Pune and also at institutions around the world.

Some other challenges to the forecasting of ENSO arise from our lack of a complete understanding of how global warming, especially the rather monotonic warming of the Indian Ocean and what this may mean for the monsoon and the monsoon-ENSO dance. There are indications that the Indian Ocean warming may be directly contributing to a reduction in the rainfall amounts during the monsoon. Previous research has shown that the Indian monsoon also tends to be weaker during the ice ages such as the one that concluded about 12000 years ago. It would be a cruel twist of fate if both ice ages and global warming can lead to a weaker monsoon and be the bearers of bad news for this region which believes so deeply in destiny. India has made a wise decision by investing in ENSO and monsoon research, including high-performance supercomputing since the future of the country cannot be left to the vagaries of the monsoon and ENSO.