WHO report on antimicrobial resistance skips some obvious truths 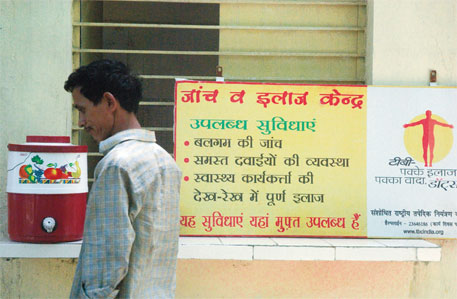 I am at the South Centre in Geneva, attending a meeting of global non-government organisations (NGOs) working on the issue of antibiotic resistance. The World Health Organization (WHO) has released here on Wednesday its very first report on the global status of antimicrobial resistance. Dr Keiji Fukuda, assistant director-general of WHO, and his team presented the report a while ago and interacted with the NGOs.

What is quite clear is that after more than a decade of campaigns by NGOs on this issue, the WHO has finally woken up to it. This report, the first by the Organization, has nothing new to say. It is a compilation of publicly available information. The key findings are:

• Thousands of people die every year because of antibiotic resistance – there are close to 25,000 additional deaths in the US and the EU alone.

•  The report does not provide any data for India.

• The world is losing 1.4-1.6 per cent of its GDP as direct and indirect losses due to antimicrobial resistance.

• We are losing old antibiotics, as microbes are fast acquiring resistance to them. But we have not discovered any new antibiotics since 1987.

• We cannot treat diseases like gonorrhoea because the bacteria has acquired resistance to all antibiotics.

• Antibiotic resistance in food-producing animals is increasing because of large-scale use of antibiotics as growth promoters. In fact, there is now transfer of resistant bacteria between animals and humans.

India: scary picture
India does not figure in this report. It is almost as if the country wants to hide from the world the antibiotic resistance pandemic that it is facing today. There is almost no national-level data on antibiotic resistance.  After the NDM1 controversy, the government has blocked all information on the subject. But whatever little statistics are available, paint a scary picture.

We need a completely new paradigm for antibiotics. It has been treated as a common public good and not as a commercial product. This means that we will have to find new ways of funding discovery of new antibiotics and new ways to make them available to the public at affordable rates. But in all this, we will have to make sure that there is strict regulation to control irrational use in humans and animals. We need a strong diagnostic and surveillance system. For a country like India, with such high population density, antibiotic resistance has the potential to wipe out the benefits that come from modern medicine.

Time is running out, and fast. We need a global response to antibiotic resistance.