Why do we need patents?

As we enjoy great advantages from the inventions of others, we should be glad of an opportunity to serve others by any invention of ours; and this we should do freely and generously.” So wrote Benjamin Franklin, America’s founding father and man of many parts, in his autobiography explaining why he had refused a patent for a more efficient open stove he had invented in 1742.

It did not matter to Franklin that a London ironmonger, using his documents, tweaked the machine, got a patent and made a small fortune out of it. It was not the only time others had benefited from this polymath’s inventions. Franklin never contested these, “having no desire of profiting by patents, and hating disputes”. 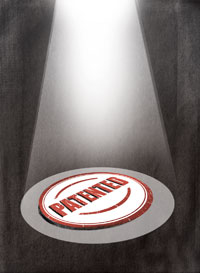 This is not the case with most inventors, specially in the US which has made a fetish of patents. Thomas Edison, for instance, had over 1,000 US patents. But there have been others who have given freely of their ideas and inventions. Like Tim Berners-Lee who invented the World Wide Web. Like Jonas Salk, who discovered the polio vaccine and is famously reported to have said when asked who owned the patent: “Well, the people, I would say. There is no patent. Could you patent the sun?”

Well, a rather churlish biotech industry claims it’s a patent myth surrounding Salk; the vaccine simply could not be patented because of the way research on it was funded. Whatever the truth, a little later, Albert Sabin came up with an oral vaccine for polio, which some aver is more effective, but he, too, did not seek a patent.

Unlike the US, Europe was not fanatical about patents in the previous centuries. In fact, there was a strong campaign to abolish patents and this was effective in getting quite a few European states, such as Holland, to dismantle their patent systems. Switzerland’s laws excluded patents for chemicals, pharmaceuticals and dyes till the early years of the 20th century. This is said to be the genesis for Switzerland’s modern and innovative pharma industry. Influenced by the abolitionists, the Congress of German Economists warned that “patents of invention are injurious to common welfare”. Patents then tended to be viewed as anti-competitive and a covert form of trade protectionism.

This debate has not been settled yet. Questions still remain on a range issues beginning with very fundamental concerns about the philosophical and moral underpinnings of the patent system. The dominant voice is that of the pharma lobbies who insist it is vital to provide incentives for research and reward those who come up with life-saving or life enhancing drugs. We all need to hark back to history to understand there are alternative ways of discovering and inventing medicines as the story of penicillin and polio vaccine show. Patents and copyrights are not the optimum solution.

Far from being a solution it has turned into a curse for the software and telecom industries who have been sucked into a morass of costly litigation and stultified research on account of patent thickets on basic research. These industries are screaming for a reform of the global patent system, particularly in the US. But it’s a system so broken and messed up that the US Congress has been unable to set it right despite many tries over the past decade.

Economists point out there is no empirical evidence that patents serve to increase innovation and productivity, unless, of course, productivity is equated with the number of patents awarded. One paper titled “The Case against Patents” says the US economy has neither seen “a dramatic acceleration in the rate of technological progress, nor a major increase in R&D expenditure”.

Benjamin Franklin must be none too pleased.