Adivasis, often believed to be "resistant", have made attempts to engage with the modern healthcare system. But it is the health system which has failed to provide credible services to them

Adivasis, often believed to be "resistant", have made attempts to engage with the modern healthcare system. But it is the health system which has failed to provide credible services to them

Devi Paharin, mother of two, was suffering from severe weakness and had swelling in her hands, feet and face in the second trimester of her eighth pregnancy. She was advised by Sahiyya or ASHA (Accredited Social Health Activist) to go to nearest Community Health Centre (CHC) for check up. This meant that she would have to walk from her village, along with her husband and one-and-half-year-old daughter, for about two hours to reach the nearest bus stop from where she could board a bus. Paharin took that risk and reached a CHC where the medical officer noted her name and address and then asked her to take the prescription to the lab. The lab technician found that the haemoglobin level in her body was a very low 3.2 g/dl. She was given a tetanus toxoid injection and 20 iron folic acid tablets but was given no advice or information regarding her condition. She returned home with the medicine but with no tip on how to take extra care of her health. (The incident has been taken from fieldwork conducted in a Paharia village, Sundarpahari Block, Godda district in 2013)

This is an example of how the possibility of morbidity or death, resulting from pregnancy, looms large over the experience of motherhood amongst women in backward areas of the country. It also tells us how structures and systems in under-served areas fail women over and over again, leading to their death in many cases. It is maternal mortality ratio (MMR) or the number of maternal deaths per 100,000 live births that holds up a mirror to the state of women’s access to healthcare that can save lives. Figure 1 shows the states with the highest MMR in the country. Jharkhand ranks seventh in this list, with an MMR of 261 and a lifetime risk or the probability is that at least one woman  of reproductive age (15-49) will die due to child birth is of one per cent.

What goes missing in the state level figures like this is the startling disaggregated reality of under-served regions and vulnerable communities. National Family Health Survey NFHS-3(2005-06) highlighted that maternal health indicators of vulnerable communities, such Scheduled Castes, Scheduled Tribes and those belonging to the lowest wealth index, are much poorer as compared to that of the general or wealthier population. The survey, for instance, show that only 63.6 per cent of SC and 54.1 per cent of ST women received two or more tetanus toxoid injections in that year as opposed to 84.7 per cent of the general population. While 13.1 per cent of the poor women were assisted by health personnel during delivery, 94.3 per cent of the wealthy women got similar assistance during their delivery. This trend is seen in other indicators such as receiving three or more ante-natal care check-ups, taking iron folic acid for 90 or more days, pregnancy with one ultrasound check and a post natal check-up.

Colonisation and the work of missionaries in India brought about a shift from traditional methods of dealing with pregnancy to modern allopathic management of pregnancy. Over the years, there has also been an emphasis on shifting all deliveries from homes to health facilities through incentivisation of institution-based deliveries.

Despite the policy-induced push for facility-based care, there has been little improvement in providing access to health services in under-served areas. Meanwhile, effective traditional practitioners such as dais (midwives) are being steadily pushed to the periphery of the system to make way for a purely biomedical approach to healing.

Privatisation may not be a solution

A functional and responsible public health system is a non-negotiable in hard-to-reach areas. Privatisation in any form would not ensure better access to maternal health services to these populations in the long run. Vulnerable and poor communities cannot withstand financial pressures resulting from availing private services.

It is a commonly held belief that Adivasis would have better health outcomes if only they’d be literate, will not ‘hesitate to pay’ for services and come to the health facilities for care. But the truth is that poor literacy is primarily owing to the government’s failure in providing quality education. They hesitate to pay because of extreme poverty and marginalisation and they are resistant to health facilities for a variety of valid reasons, most significant of which is the unreliability of services and cost incurred in accessing care at health facilities.

Prejudiced and abusive practices abound in the public health system. Sahiyyas are considered “dull” with “nothing in their head” while adivasis are considered “strange” and “resistant” (from research notes 2013). Yet, one finds that adivasis have made attempts to engage with the modern system by accessing antenatal care in anganwadi centres, availing the incentive of Janani Suraksha Yojana (JSY) and approaching local medical practitioners who are not formally qualified but represent modern or allopathic medicine. It is the health system which has failed to provide credible services to them. 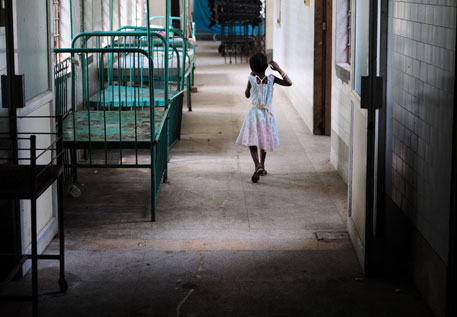 According to Dreze and Sen, the public health system in Tamil Nadu evinces a “clear commitment to free and universal health care…covering a wide range of facilities and services” (2013 p. 168). Other parts of the country must learn and adopt their effective implementation of the following key aspects,

“extensive network of primary health
centres…which are reasonably well
organised, well staffed and well supplied with
basic medicines…the geographical density of
health centre, ratio of doctors and nurses to
population, and share of women in health staff
(including doctors, are also much higher in
Tamil Nadu than in most other states, among
other indicators of public commitment to
health care.” (ibid. p. 169 & 172)

The central government and Jharkhand must closely study these key aspects and strive doubly to bring them within the reach of vulnerable populations in hard-to-reach areas. At present, the state of services, health personnel and commitment to health care is much needed, especially in hard to reach and under-served areas.

It is important that informed choices are made related to family planning so that spacing and limiting methods are given equal importance as permanent methods of contraception. The role of the public health system needs to emerge from the standpoint of ‘nurturing’ populations with zero tolerance to coercion, prejudice and discrimination. Within this, it is imperative for the system to engage with local midwives and gurus who form essential components of the traditional adivasi life as some of them have much knowledge and experience. Ground level engagement with them could open up new possibilities of reaching the unreached. For instance, referrals to facilities could be done by midwives in cases of complications.
Malnutrition, anaemia and early age of marriage are the major other contributory factors leading to poor health and death of mothers. Changing agriculture, lifestyle and loss of commons have shifted highly diversified and nutritious diet from millets, pulses and a vast array of food collected from the forests to principally rice-based ones, resulting in weak constitution and nutritional deficiencies. This cannot be sustainably addressed by distributing packets of "ready-to-eat” food but by bringing back traditional multi-cropping farming of crops like millets and pulses; and by linking it to the existing food schemes (PDS, MDM, ICDS & Annapurna).

(With inputs from Soumik Banerjee)