A Nelson's eye on digital biopiracy 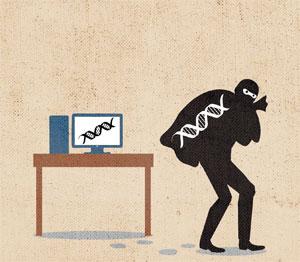 There was a lot of good news pouring out of Cancun after the 13th meeting of the Conference of the Parties to the Convention on Biological Diversity (CBD) ended on December 18 with a yard-long declaration that covered just about every issue dear to conservationists. The declaration, named after the Mexican city where CoP13 was held, outlines a plan to restore the ecology and improve conservation—which might sound suspiciously vague—but has more than 70 detailed decisions on a host of problematic issues. These range from management of pollinators and tackling invasive species to the sustainable use of bush meat and bringing biodiversity values into national accounting systems.

So there was gush. CBD chief Braulio Ferreira de Souza Dias believes the Cancun Declaration and the ªpowerful commitmentsº made at the High Level Segment meeting are a strong signal that countries are ready to achieve the Aichi targets. This ignores his secretariat’s warning issued earlier that two-thirds of the 20 globally agreed goals to address biodiversity loss, that is, the Aichi biodiversity targets, are way off the mark and unlikely to meet their 2020 deadline. But then, CBD needs to look on the bright side even if habitat and species loss continues unabated.

Even more sanguine was Erik Solheim, executive director of the UN Environment Programme, who thinks that “for the first time we are really speaking meaningfully to one another about the real value of biodiversity to tourism, to agriculture, to forestry, to fisheries— to the very lifeblood of our economies.” In the midst of all this hope and cheer, a new rift opened up at Cancun between the usual parties: developing countries, which are the repositories of mega biological diversity and rich nations, which want to use these resources without sharing benefits with the countries that have nurtured the resources.

CoP13 was notable for dissension on a new front: digital biopiracy. This is a CBD loophole which allows companies to access gene sequences of plants and seeds on the Internet and then use them in various ways, including by re-creating physical DNA via synthetic biology techniques, without the consent of biodiverse countries or communities from where the genes originated and without any benefit-sharing. Information that originates in a country’s plants, microbes, animals or fungi are being commercially exploited through the Internet without any benefits flowing back to host nations.

The developed world put up a formidable front, ranging from the European Union and Canada to Australia, arguing that digital sequences should remain open and free. In other words, companies should be free to bypass CBD and specifically its supplementary agreement on access and benefit-sharing that’s enshrined in the Nagoya Protocol.

While developing countries wanted digital gene sequences and other genetic information that is increasingly available digitally to come under the ambit of Article 10 of the Nagoya Protocol to stop biopiracy, rich nations, which house the large biotech firms, wanted the discussions to be taken off the table. Fortunately, a compromise was hammered out around a proposal made by Namibia which was strongly backed by South Africa, Kenya, Brazil and Malaysia to take the gene sequences issue out of the synthetic biology agenda item and establish it as a decision under a new CoP13 agenda item. A clear timeline has also been laid out for a process to arrive at a draft resolution to be placed before CBD members at Sharm el Sheikh where the next CoP13 will be held two years hence.

Too late for developing countries? Possibly, since the loophole will allow biotech firms to continue their use of gene sequences without let or hindrance. And who knows if there will be agreement in Egypt in late 2018 while the world turns a Nelson’s eye on digital biopiracy.