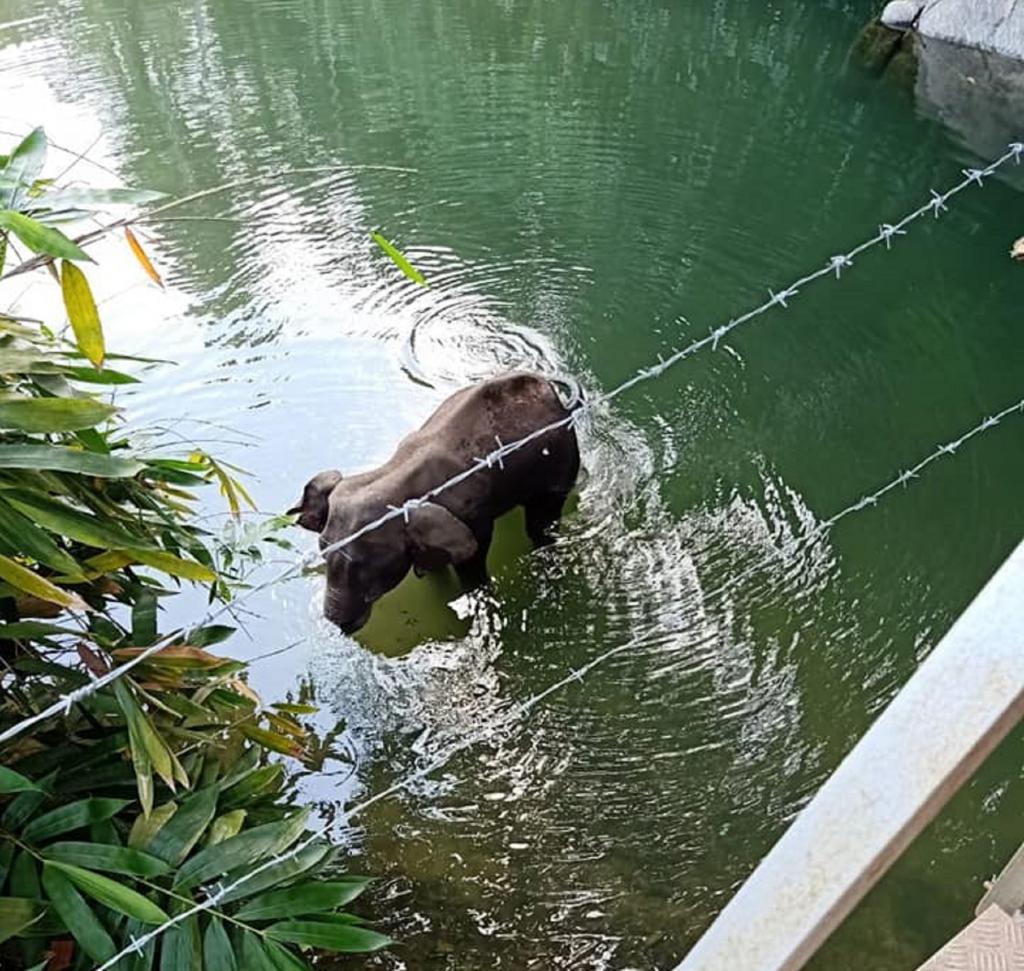 The outpouring of grief and outrage at the death of a pregnant elephant who consumed an explosive-filled food package in Kerala is perhaps unprecedented in the country for the spectrum of personalities who commented on the issue.

The issue has now reached the highest court of the land through a public interest litigation that called for a ban on the use of “barbaric and cruel ways” to ward off wild animals.

It is heart-warming to know that the animal who shares a special bond with humans through the centuries in India can still evoke such widespread public outrage, even though this creature was virtually taken for granted. It has not yet been accorded the serious conservation and management attention it deserves.

It is certainly “not in Indian culture” — to quote the Union Minister for Environment, Forest and Climate Change — to kill an elephant in such a brutal manner. Why do such conflicts between wildlife and people, then, continue to perpetuate and escalate?

This incident brought back memories of another wild elephant I witnessed with similar injuries around 37 years ago in Karnataka.

I had written the following account in my book Elephant Days and Nights published in 1994:

Chemical mixtures which are meant to explode on compression are hidden inside jack fruits or balls of cooked millets……meant to deter wild pigs (but) many-a-time an elephant has picked up one of these and consumed it with fatal consequences. In July 1983 at Nagarhole, in the company of Ullas and Chinnappa, I came across an adult bull with large wounds to its trunk, near its mouth and tusks. It had undoubtedly been tempted by one of these lethal food packages in one of the estates adjoining the park……Two months later Chinnappa found the bull still alive with its wounds partly healed.

Ullas Karanth is the eminent tiger biologist and KM Chinnappa was the redoubtable forest range officer at Nagarhole National Park at the time.

While this story had a satisfactory ending, I also mentioned the case of a four-year-old male elephant who died in a tea estate in Tamil Nadu under similar circumstances, with the explosives blowing a hole through the roof of its mouth.

Obviously, Kerala does not hold any patent in killing an elephant through gruesome means. Such deaths occurred in all southern states with large elephant populations and other states in the country as well. These incidents highlight the need to meaningfully address the growing problem of wildlife-human conflicts.

Such conflicts are rooted in a complex suite of biological, ecological, climatic and social factors, though they are often reduced to a simplistic narrative in the popular imagination.

The consequences are tragic for both people and wildlife. To take the example of the elephant, each year, more than 500 people in the country are killed in encounters with wild elephants, mostly outside forest areas in agricultural fields, tea and coffee estates, villages and along rural roads.

This represents a four-fold increase from the early 1980s when I began recording such incidents. At the same time, 50-60 elephants were recorded as dying each year in recent times from unnatural causes across India.

Most of these elephant deaths happened through contact with overhead power transmission lines, injuries suffered when farmers retaliated, when elephants negotiated human-dominated areas, chewed on explosives kept inside food packets or fell into wells in agricultural fields.

In many instances, the elephant is an unintended victim of action aimed at another animal, usually the wild pig. The wild pig is arguably the most ubiquitous mammalian predator of agricultural crops across Eurasia, from Sweden to India and beyond.

Kerala’s plantations and homestead gardens are the ideal habitats for wild pigs to take refuge and feed on fallen coconuts and tuberous plants such as tapioca, colocasia and yam.

Paddy and other crops are also damaged when pigs dig up plants to search for grub. A 2018 study by EA Jayson of the Kerala Forest Research Institute emphasised the enormity of losses suffered in Malappuram district. The average annual loss was of Rs 15,000 per hectare, with several people killed in attacks by wild pigs. The recommendations of this study were unambiguous: Wild pig populations had to be controlled through means such as culling, if necessary.

Although Kerala and other states tried to bring in legislation to permit the culling of wild pigs outside forest areas, they were largely unsuccessful in implementing control measures.

The result is that farmers continue to use a variety of indigenous lethal and non-lethal means to keep wild pigs away from their farms. This tragic incident brings into focus the urgent need for India to formulate and implement a balanced and pragmatic policy framework for mitigating wildlife-human conflicts.

We have ‘standard operating procedures’ for a few animals, including the tiger, but nothing more for the vast majority of wildlife species.

The actions, so far, have been largely reactionary and not based on attaining clearly articulated goals of wildlife conservation and conflict mitigation. Conflicts thus continue to perpetuate and escalate beyond levels of tolerance in an otherwise relatively tolerant society. The suite of management options to deal with wildlife-human conflicts has never been rationally debated, taking into consideration what science tells us about the biology of the animal, the imperatives of wildlife managers who have to deal with conflicts on a regular basis, the needs and opinions of the stakeholders (typically farmers, tribals and other rural people) most affected by conflicts, the economics of various mitigation measures and, most important in our context, the cultural significance of each wildlife species across our vast land.

The wildlife conservation agenda in the country is still largely driven by an elitist mindset that is insensitive and disregardful of the real sufferings of the common people living within or close to forests.

A large-bodied, potentially destructive animal such as the elephant, thus, had a virtual free run of vast swathes of settled and cultivated land in many states in recent times.

Chhattisgarh and southern West Bengal are examples of states where elephants have immigrated in recent times with devastating consequences.

The criteria adopted for conflict management will obviously vary across wildlife species. One cannot apply the same criteria for the elephant and the wild pig (found across a wide spectrum of land-use categories) or the tiger and the leopard (much more widespread and adaptable to human-dominated habitats).

If wild pig populations outside forest areas are legally kept under control by wildlife authorities, what would be the need for farmers to resort to the use of explosive-laden coconuts or jackfruits that may cause tragic collateral damage to a highly sentient creature?

Or if wild elephants, for that matter, are actively prevented from venturing outside designated viable landscapes, how would they stumble into wells or come into contact with overhanging electric wires?