Five actions Madagascar's president must take to save country's biodiversity 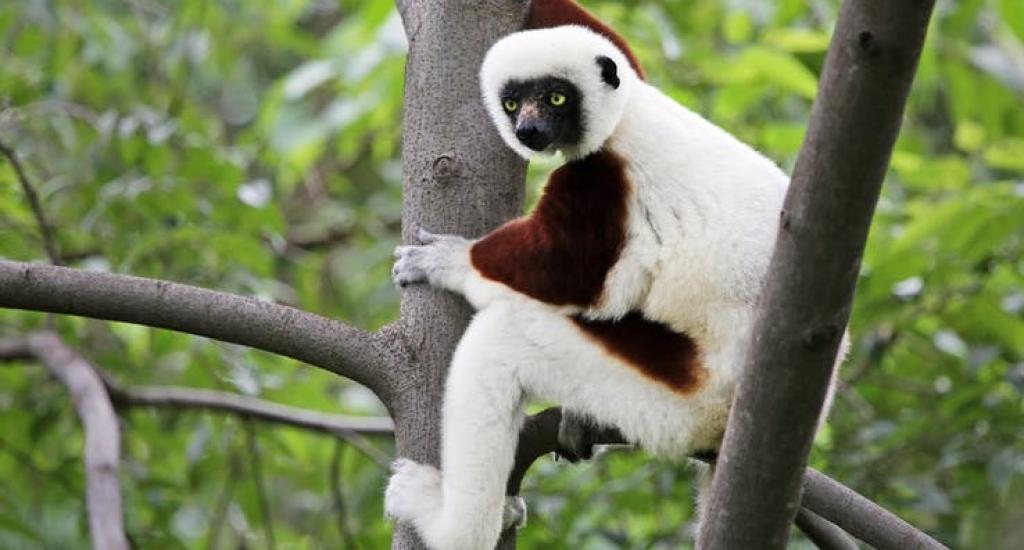 Madagascar is one of the world’s most special natural environments. It has droves of weird and wonderful species that are found nowhere else on earth. These include its many species of lemurs, chameleons, orchids and the unique spiny forests in the desert south.

But this beautiful and unique ecosystem is under threat. Last year, Madagascar had the highest rate of deforestation of any tropical country. Deforestation, illegal hunting and the international pet trade has pushed many species of plant and animal life to the brink of extinction.

Madagascar’s recently elected president, Andry Rajoelina, started his term earlier this year. And his tenure may be the last chance to avoid some forest habitats — like the western spiny thickets — and species — like the Panther chameleon — from going extinct.

I collaborated with a diverse group of experts to lay out ways in which Rajoelina could firmly put the country on a trajectory towards sustainable growth.

We came up with five urgent actions which must be taken to conserve Madagascar’s biodiversity for the benefit of people and nature.

Corruption is one of the biggest threats to Madagascar’s iconic species and habitats. It facilitates the trafficking of the country’s precious hardwoods to China and the Middle East.

It also allows for pet traders to illegally catch and sell endangered animals which has pushed some of them to the brink of extinction. For example, there are only about 500 ploughshare tortoises left in the wild.

Areas in and around protected areas are being destroyed for illegal mining activities. This benefits very few people and does not contribute to local development — as even the miners come from elsewhere. This has serious and irreversible impacts on Madagascar’s wildlife.

A radical change is needed. The technical capacity of the government to control wildlife crime has improved recently through the uptake of tools, like the spatial monitoring and reporting tool, for protected area law enforcement. New technologies, like remote sensing and the use of rapid DNA barcoding, mean protected species can be easily identified and could help further.

But none of this matters unless criminals are properly prosecuted and handed significant fines.

2. Invest in protected areas and support local people to do the same

Madagascar suffers from chronic poverty. More than 75% of the population lives in extreme poverty and nearly 50% of children under the age of five are chronically malnourished.

These levels of poverty make conservation extremely challenging. For example, stopping people from converting forests to farmlands comes at a local cost. Conservation must contribute to making things better for people and not get in the way of development.

Madagascar’s protected areas have expanded. This is a huge achievement but a significant revenue stream — through encouraging tourism and giving incentives to manage land — is still needed to make them last and to ensure neighbouring communities’ lives are improved.

To meet electricity, water and transport demands, Madagascar’s infrastructure will need to grow markedly in the near future. For instance, only 13 per cent of Malagasy have electricity.

But environmental laws and oversights need strengthening. The existing environmental impact assessment law is more than 20 years old. It must be revised to explicitly require the use of strategic environmental assessments in infrastructure developments.

Laws must be followed. Good planning is essential to maximise benefits from large investments, while avoiding unnecessary environmental and social costs. For instance, a recent US$2.7 billion deal between a private Malagasy association and a Chinese consortium involving fishing rights has raised worries about the impact on the livelihoods of fishermen.

The government must take additional steps to support these efforts. For instance, it must ensure that communities are given ownership over land at the forest frontier so that they’re not displaced by conservation efforts.

Most Malagasy households rely on charcoal and fuel wood to cook. The increasing demand will no longer be sustainable because of a lack of supply and growing populations. There needs to be considerable investment in reforestation.

For instance, Rajoelina has issued a very ambitious and detailed reforestation plan which aims to reforest 40,000 hectares per year with 500-100 seedlings per hectare. He posits using drones, and other technologies, to do this. It’s imperative that he sees this through.

The timing is critical. President Rajoelina’s term represents the last chance to save some of Madagascar’s incredible natural heritage.

I still have hope.

I, and many other Malagasy and international fellows, would be keen to help the President in any way we can to take on these challenges.