Fruit famine is causing elephants to go hungry in Gabon

While it has not been fully proven yet, climate change could have a role to play in the situation 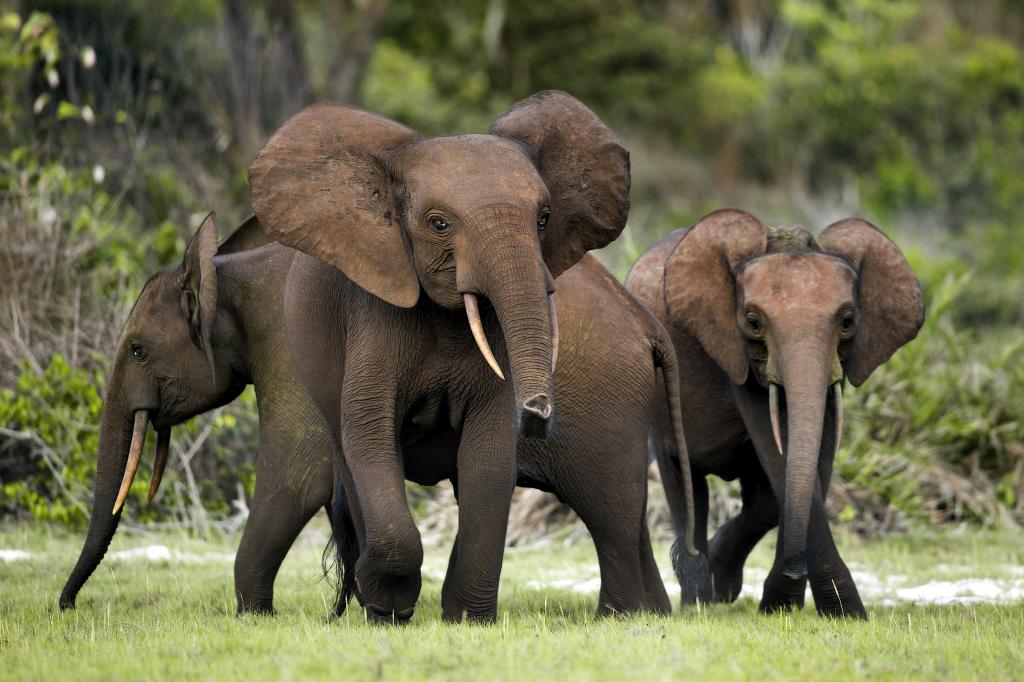 The behaviour and life cycles of the largest animals on the planet are incredibly important for the healthy functioning of our planet’s life support systems. Unfortunately, many big species now face extinction due to their value in the illegal wildlife trade, vulnerability to habitat degradation and because they often come into conflict with humans.

Knowing how much influence these large animals have on the functioning of our world — and how vulnerable they are to extinction — it’s more important than ever to monitor and restore the health of their remaining populations and the safe havens that support them.

We wanted to know how elephants are faring in Lopé National Park, a 5000 sq km protected area in the heart of Gabon. Researchers at the site have observed some of the highest densities of forest elephants ever recorded.

Lopé National Park has a rich diversity of wildlife, including forest elephants, chimpanzees, gorillas and mandrills. Many of these wildlife species rely on wild forest fruits for food.

In our recently published paper we analysed 32 years of valuable data about tree behaviour and found that — between 1986 and 2018 — there was a massive collapse in fruiting events.

This has resulted in a fruit famine and, based on a body condition score applied to archived photographs, an 11 per cent decline in the physical condition of the elephants at our study area since 2008.

The implications of this finding are that even where forest elephants and other megafauna are relatively well protected from external threats such as hunting, global human pressures — such as the climate crisis — could affect their survival.

A collapse in fruiting also means that the forests themselves may be undergoing significant change, with some trees species possibly reproducing slower than required to support a healthy population.

In 1986, pioneer primatologist Caroline Tutin started monitoring food resources for wildlife at Lopé by recording monthly observations of flowers, fruit and leaves in the canopies of hundreds of marked trees.

Field researchers at the site still continue to record these observations each month. This effort has resulted in the longest unbroken record of individual tree reproduction in the tropics, representing a priceless resource for monitoring environmental change.

Our analysis found that there was an 81 per cent decline in the probability of encountering ripe fruit. This means that, on average, elephants and other animals would have found ripe fruit on one in every 10 trees in the 1980s, but need to search more than 50 trees today.

We found matching declines in flowering too, indicating that the problem is not pollination or fruit maturation but something earlier on in the chain of fruit production.

Once we knew about this we had two questions: What is causing this decline? And what impact is this decline having on the many wildlife species that depend on fruit?

Elephants are the largest fruit-eating animals in the Central African forest ecosystem. They have an average biomass of over 3.5 tonnes at our site, meaning they require large amounts of food to satisfy their nutritional needs. They have a broad diet that includes fruit, grass, other vegetation and even tree bark, but previous research at Lopé showed that fruit is dominant in their diet.

We collated a large photographic database of elephants dating back to 1997 (80,000 images) and invited experts in forest elephant ecology to assess the body condition of elephants in these images using a systematic scoring system.

Using these newly-derived data, we found an average five per cent drop in physical condition of forest elephants at Lopé since the beginning of the photographic record in 1997, and a more concerning 11 per cent decline since 2008.

We don’t yet know the consequences of this decline in body condition for elephant populations, but the effects are unlikely to be benign, especially when coupled with other pressures such as illegal hunting in the wider region.

Incredibly, before the climate crisis had become widely accepted as a threat to species and ecosystems, the changes illustrated in our paper were predicted by Caroline Tutin. In 1993 she discovered that some Lopé tree species depend on a critical drop in night-time temperatures during the long dry season to trigger flowering.

Tutin suggested that as temperatures continued to increase — due to climate change — species such as these would be likely to reproduce less often if they missed out on this critical temperature to trigger flowering.

We don’t yet know for sure if this decline in fruiting is caused by climate change. However, our previous work shows that global warming has resulted in an increase of almost 1ºC in average night-time temperatures in Lopé during the study period.

The fruit famine witnessed at Lopé National Park could be happening across the African tropics but we have no concrete evidence because unfortunately long-term ecological data like these are very rare.

Maintaining support for consistent long-term monitoring is challenging and severely underfunded, even in richer parts of the world, despite the fact that this information is desperately needed to allow countries to prepare for and respond to environmental changes.

The year 2020 was supposed to be a turning point for the climate and biodiversity crises with both the UN Summit on Biodiversity and UN Climate Ambition Summit scheduled to take place at the end of the year, but COVID-19 rightly took over the international agenda.

However, with ever-increasing global temperatures and the approach of a key UN Climate Change Conference (COP26) in 2021, it’s vital that the world takes stock of the environmental situation.

We must make a concerted plan to transform the way we manage forests, food, fisheries and climate if we are to move towards a healthier and more sustainable world.