Implement the Biological Diversity Act in its true spirit

It is high time the Centre and states did so. It would save India from a number of avoidable problems 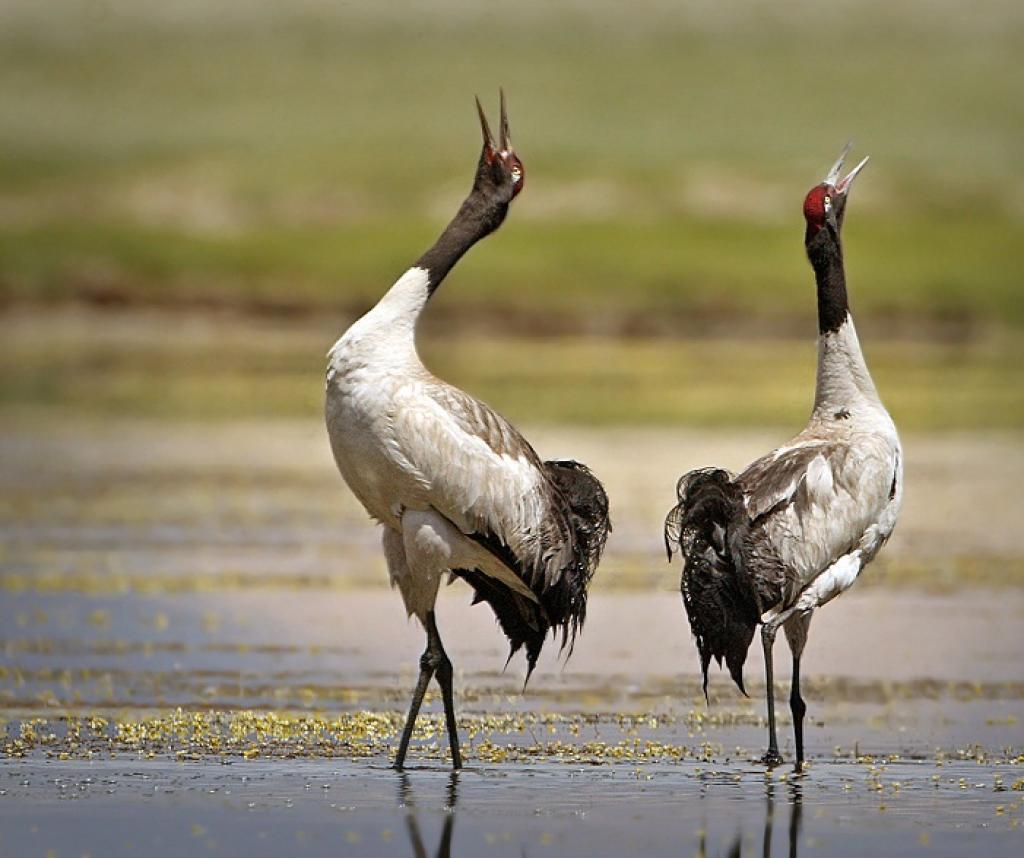 The National Green Tribunal suspended the permission granted for construction of a hydro-electric project in Zemithan, Arunachal Pradesh as it is the wintering site of the endangered black-necked crane. Credit: Getty Images

Biodiversity is very crucial for the functioning of ecosystems that provide us with various products like oxygen, food, fresh water, fertile soil and fuel, besides ecological services such as moderating storms and mitigating climate change, making it possible for millions of species, including humans to survive on earth.

Alongside species extinction, habitats are being destroyed, with lands being converted indiscriminately for development; there is also spread of invasive alien species, leading to climate change and pollution. Six million hectares of forest have been lost annually from 2000.

On June 5, 1992, India signed the Convention on Biological Diversity at Rio de Janeiro which provides a framework for the sustainable management and conservation of our country’s natural resources.

Ten years later, the Biological Diversity Act was enacted in 2002 in order to conserve biodiversity, manage its sustainable use and enable fair and equitable sharing benefits arising out of the use of biological resources with the local communities.

Though 17 years have passed since the enactment of the Act, most of the local bodies of 23 states have not prepared the People’s Biodiversity Registers (PBRs), which are considered to be the basic records of a region’s biological resources such as plants, animals and the traditional knowledge of the local people.

In the absence of the PBRs, when the Act is not implemented, whatever environmental clearances are given for various projects without recording the real state of biodiversity, results in the environment impact assessment reports becoming illogical and invalid.

Under the Act, the National Biodiversity Authority (NBA) has been formed and is headquartered at Chennai. State Biodiversity Boards (SBBs) also have been formed in all Indian states. But the constitution of the Biodiversity Management Committees (BMCs) at local levels — in panchayats, municipalities and corporations in many states — is pending, causing delay in the preparation of PBRs of bio-resources (both wild and cultivated).

As the Act provides measures for safeguarding traditional knowledge, preservation of threatened species and prevention of bio-piracy, many states have come forward to implement it in its true spirit.

Kerala was the first state to form BMCs in 978 village panchayats, 60 municipalities and five corporations and the preparation of PBRs have also been completed. Since the then Kerala Chief Minister Ommen Chandy showed real initiative, it successfully followed all processes with a view to protecting and conserving the state’s bio-resources.

In neighbouring Tamil Nadu, due to local bodies delaying the holding of elections, works concerned with the formation of BMCs and preparation of PBRs have not been completed, resulting in the gradual depletion and pollution of natural resources.

As the Biological Diversity Act is not given due importance, protection of forests and wildlife has become secondary in many parts of India, leading to water scarcity and human-animal conflict. Reliable sources disclose that less than 3 per cent of local bodies, spread over 15 states, had prepared PBRs till 2018.

Neither the central nor state governments appear to be bothered about mitigating anthropogenic disasters by implementing the Biological Diversity Act, which is supposed to provide suitable remedial measures for all human-made evils.

Most major Indian rivers like the Ganga, Yamuna, Gomti, Chambal, Mahi, Vardha, Godavari, Damodar, Sabarmati and the Cauvery have been badly polluted due to the dumping of untreated sewage, chemical wastes and industrial pollutants. But, unfortunately, the same water is being used for drinking, bathing and washing. If the Act is enforced properly, it may definitely help in reducing air and water pollution to a great extent.

During 2014, the number of threatened Indian species was 988. But in 2017, it increased to 1,065, with an increase of 7.8 per cent when compared with the previous assessment according to the ‘Red List’ of threatened species published by the IUCN. If the Act had been implemented on time, this increase could have been prevented or at least reduced to a great extent.

Experts are of the opinion that the country is losing a minimum of Rs 30,000 crores annually by not implementing the Biological Diversity Act, which has provisions for access and benefit sharing for commercial utilisation of bio-resources.

It is ascertained that the NBA headquartered at Chennai is losing about Rs 10,000 crores annually from foreign companies as the guidelines are not applied properly. If the money had been realised through implementation of the Act, it could have been utilised for conservation of forests, wildlife, ecosystems and other bio-resources. As the Ministry of Environment, Forests and Climate Change (MoEF & CC) is the authority for implementing the Act, it should see that the provisions of the Act are enforced without any delay for conserving and sustainable management of the biodiversity.

It is high time that the central and state governments should wake up from their deep slumber and take speedy and earnest action to overcome disastrous calamities by implementing the Biological Diversity Act in its true spirit.