International Biodiversity Day 2021: We are part of the solution 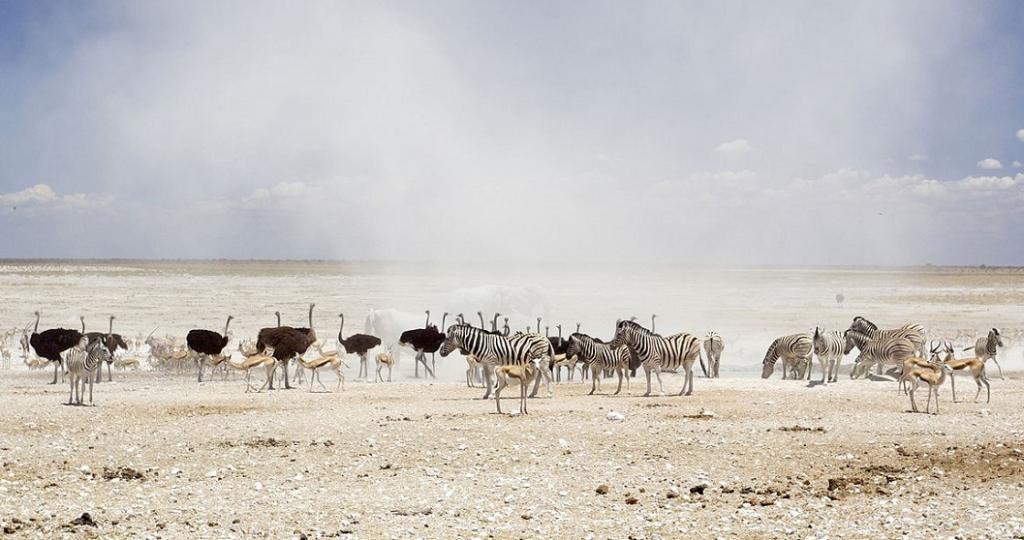 The word ‘biodiversity’ is used widely. But do we really know what all it encompasses? All life forms that we see or can’t see by with our naked eyes, collectively constitute the diversity on earth. We are limiting ourselves if we recognise just plants and animals as part of biodiversity.

Living organisms were categorised by Robert J Whittaker into five kingdoms in 1969. They were expanded to seven kingdoms by Ruggiero et al in 2015. These are monera, archaea, protozoa, chromista, fungi, plants and animals.

Monera and archaea are prokaryotic domains with microscopic, unicellular cells without a membrane-bound genetic material. Most of them depend on other life forms for their food but some of them can photosynthesise.

The eukaryotic domain contains the other five — protozoa, chromista, fungi, plants and animals — which have a nucleus. Out of these, protozoans are unicellular while chromistans and fungi are single as well as multi-celled.

Plants and animals are essentially multi-cellular and organised structurally into complex units of organs and their systems. A few protozoans, all chromista and plants are producers but the rest require pre-formed food sources. There are more differences that make them unique.

The numbers are huge

Each one of these kingdoms contain a large number of organisms. A 10-year-old study conservatively estimates the number of species on earth to be 8.7 million. These various life forms together add up to more than 1.6 million known species on our planet.

Other counts suggest 80 per cent of the species are still undiscovered. These numbers represent the richness and not abundance of the vastitude of micro- and macro-organisms. We might not have the exact numbers constituting the biodiversity but with the given data, we do know the numbers are huge and may be beyond the capacity of humans to even come close to a correct estimate. The numbers do highlight the time and consistent effort placed by nature for the formation of the life forms.

We are all together in this

All life forms, whether big or small, have important roles to play in their ecosystem. Together, they form the fundamentals of healthy and well-functioning processes in nature that supply abundant oxygen, water and a variety of food types, imperative for the survival of all beings.

These pathways are well-linked and inter-dependent for providing all essential ecosystem services. We are dependent on a variety of life forms for pollination, control of pests, enhancing growth of plants for more food, production of medicines and many other routine utility items in our households.

Additionally, many of these living forms keep the planet clean by decomposing and treating waste. Undoubtedly, the majority of life forms add to the aesthetic appeal of our planet by creating breathtakingly beautiful patterns and landscapes in nature. Some of them hold cultural and religious significance as well.

Biodiversity can mitigate climate change. All producers consume carbon dioxide for their food production, helping the intake of greenhouse gas emissions. Carbon is also stored as a macronutrient in the cells of life forms.

The majority of microbial biodiversity help store carbon and other greenhouse gases beneath our feet in the earth. It thus helps reduce their harmful impact by reducing the quantity to safe limits.

The risk to biodiversity can be amplified by climate change. Changes in global temperatures have proven to be detrimental to many life forms and disrupt ecological processes.

Human activities in the name of development have inadvertently or deliberately contributed to huge losses of biodiversity. Various impacts such as imbalances in the cyclic pathways of ecosystems, nutrient exchange, climate change, pollution, loss of food diversity leading to global food security issues, land degradation causing natural disasters as well reducing the quality of soil, encroachment of wild habitats, increased probability of novel diseases (like the ongoing pandemic), etc are evident. Economic losses estimated at $6-11 trillion per year have been estimated just from land degradation.

We can be part of the solution

We humans are a part of biodiversity. We need to stop behaving as the supreme being at the top of the hierarchy of all life forms. If this attitude of blindly exploiting biodiversity for our own benefit while disregarding the balanced survival of other living forms continues, we will pave a path for our own extinction much earlier.

Conservation of biodiversity is pivotal for the management and restoration of ecosystem services. Biodiversity Day 2021 is being celebrated under the slogan: “We’re part of the solution #ForNature.”

The encephalisation of humans with the passage of time has placed a greater responsibility of taking care of ourselves along with others on the planet. There have been many fruitful efforts by numerous governmental as well as non-governmental organisations at national and global levels to estimate, understand, realise the importance of and spread awareness about biodiversity.

At individual levels too, we can be part of the solution. By reading more about biodiversity, appreciating and spreading awareness about it, planting more trees, consuming a variety of foods in our diets to promote crop diversity, not wasting food and water, generating less waste and reusing and recycling products, we can contribute our bit.

Let us make the International Biodiversity Day a routine action rather than a mere one-day celebration every year.