It is time to introduce the 'Shaktiman Act'

Why every Indian needs to rise up and sign this petition 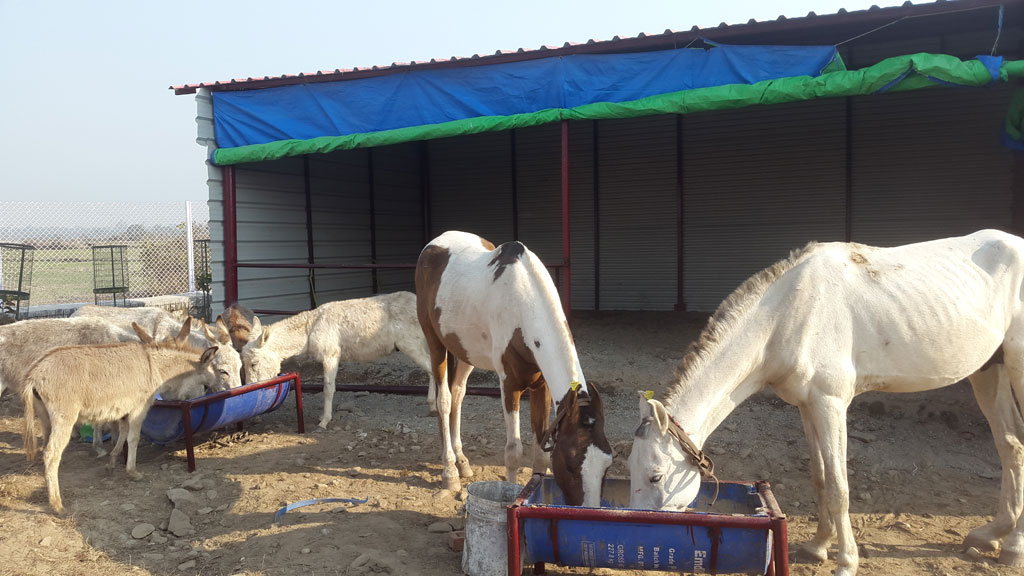 The virtue of kindness to all beings is enshrined in our constitution and our culture. It is thus apposite that we ought to ensure that our laws stand as a deterrent to anyone who abuses animals. The recent case of the horse named Shaktiman brought the issue of animal welfare laws to the fore. Shaktiman, who was a majestic animal in the Dehradun police, was reduced to a whimpering creature fighting for life in pain after being attacked by a mob of people. While it is important that we bring the guilty to book, it is also important that we take a re-look at the animal protection laws in our country.

Yes, India does have some fantastic animal rights laws but the laws need an urgent and immediate overhaul. The Prevention of Cruelty to Animals Act (PCA act) has been framed in the year 1960 and the penalties in the act have not been revisited ever since.  I am certain you would agree that a mere fine of Rs 50 is in no way a deterrent for an act so ghastly that it leaves a being maimed for life.

There have been attempts in the recent past to amend the PCA act. Our ask from the Shaktiman Act are simple. With the increase in inflation, the amount of Rs 50 as a penalty for animal abuse is not helpful in acting as a deterrent, we want this amount to be increased to a substantial value equitable to the inflation. We would also want the Shaktiman Act to make the punishment cognisable which will give the police the right to make an arrest without an arrest warrant. So, our three asks through the introduction of the shaktiman bill will be—make the offence cognisible, compundable and increase the fine.

There were previous attempts made to revisit the PCA act in the United Progressive Alliance regime. In 2011, the Animal Welfare Board of India had relooked into the PCA Act and formulated a comprehensive revamp of the animal welfare laws. It was submitted to Ms Jayanthi Natarajan. Natrajan, the then-environment minister, had promised to bring in an ordinance for the  amendment of the PCA Act with increased penalties. That clearly has not moved further. Post her exit from the ministry, Jairam Ramesh had promised to look into it, which clearly has not happened either.

In the year 2014, through a landmark judgement inthe A Nagarajan v/s Union of India case, the Honourable Supreme Court of India directed the government to amend the Prevention of Cruelty to Animals Act 1960. The Supreme Court stated “….Parliament, it is expected, would elevate rights of animals to that of constitutional rights, as done by many of the countries in the world, so as to protect their dignity and honour”.  Despite this directive by the apex court, the law still remains in its original form.

It is for the courts and the police to determine who abused Shaktiman to the point that he had to lose one of his limbs. After serving the Indian police force and participating in the Republic Day parade as a honourable animal citizen of our great nation, Shaktiman today has retired to a life of pain and agony. The greatest respect we can pay to this honourable being is by ensuring that we work towards amending the Prevention of Cruelty To Animals Act 1960 and name the revamped law “SHAKTIMAN ACT” . This horse who served the nation and its people, needs to be our means to express our symbolic gratitude towards the presence of all beings amongst our midst whose mere existence makes the world a beautiful place to live in.

The world has moved further. In the United Kingdom, for instance, animal abuse will cost you dearly. Their first Protection of Animals Act was introduced in 1911. Offenders under this act were fined 25 Pounds. Times changed, the law was revisited and in the Animal Welfare Act 2006, the fine amount was raised to up to 20,000 pounds. More recently, in Malaysia, the Animal Welfare Bill 2015 was introduced. This bill brings in new laws, rules and regulations against animal cruelty; physical and non-physical, and imposes a fine up to RM 100,000 and/or imprisonment for a maximum three years if violated. India, in comparison, has good laws. What needs to change is the punishment and financial penalties so that it acts as a deterrent.

This is for Shaktiman, the horse but this is also for the million Shaktimans in our country who continue to be beaten, tourtured, maimed and killed. We need to rise up for each one of them.  And for that to happen, we would need stronger laws that would protect them and punish offenders enough so that they do not repeat the offence ever again.

We are hopeful that the Shaktiman Act will bring dignity to the lives of all animal citizens of our nation—the birth place of Ahimsa. The organisation Humane Society International India is petitioning the Prime Minister of India to amend the PCA act and call it the Shaktiman Act.