Kaziranga needs both, animals and humans 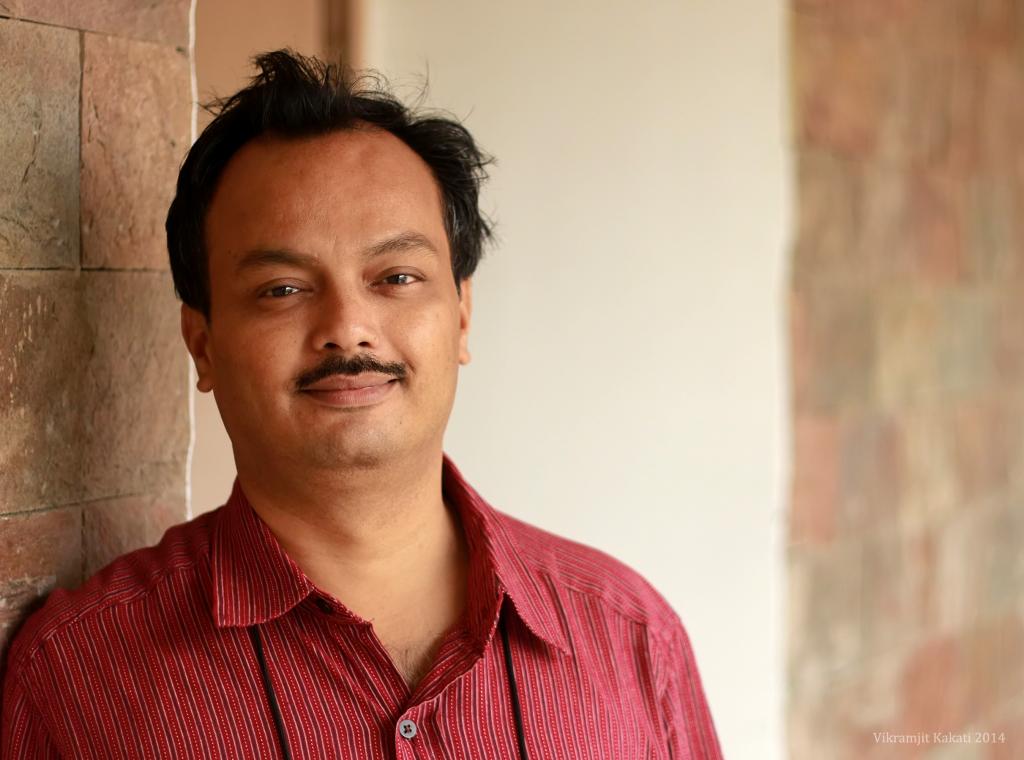 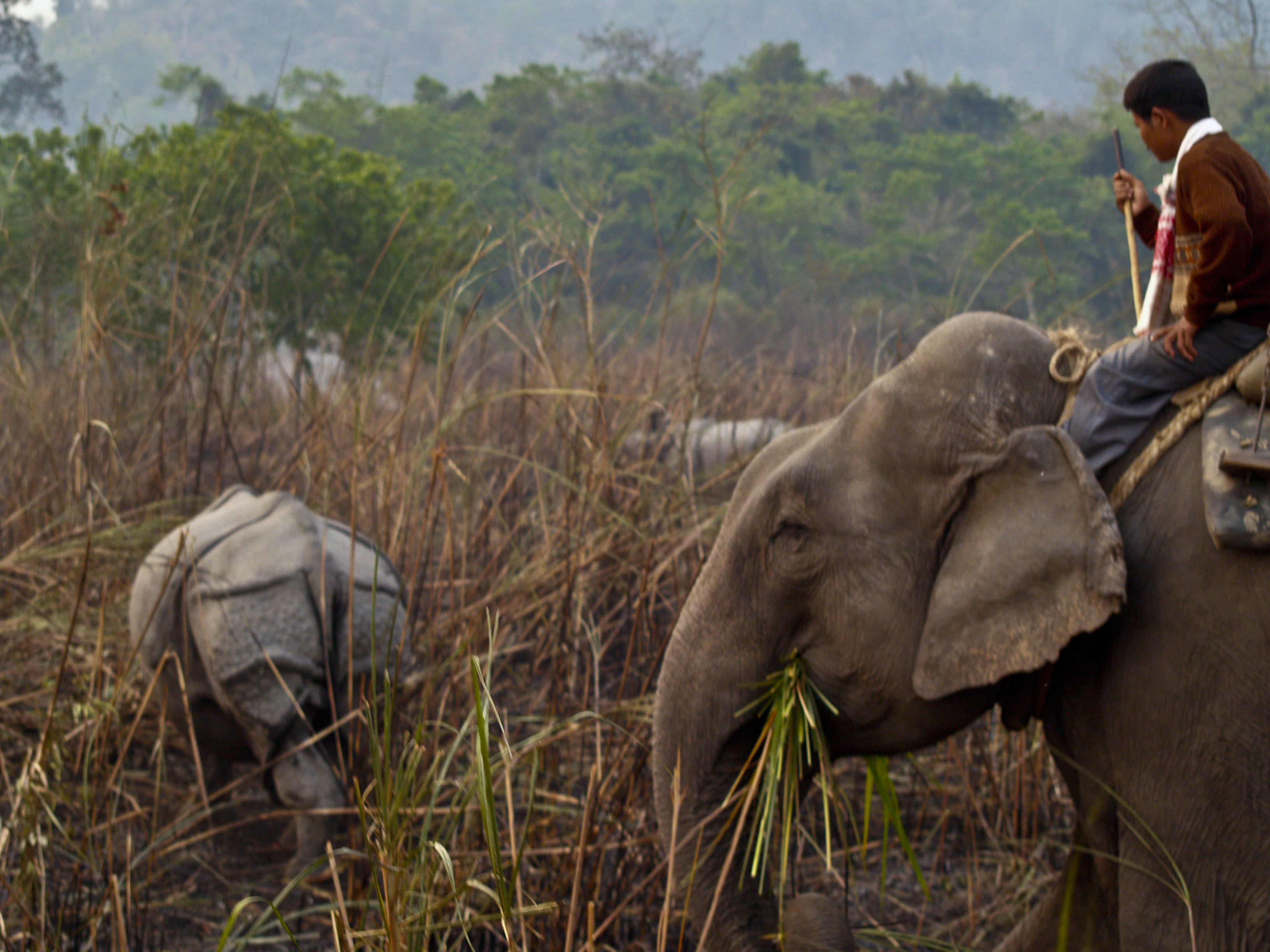 In the seventeenth century, Mughal author Shihabuddin Talish accompanied the Mughal army to Assam, en route to its conquest of the Ahom kingdom. He wrote one of the most splendid accounts about the medieval Assamese landscape. When Talish crossed Kaliabor (in modern-day Naogaon district) and made his way to Gargaon (modern-day Sivasagar district), he saw only densely populated villages. There was a human presence in every possible place along his route. We can be rest assured that Shihabuddin passed through a tract now known as the Kaziranga National Park. Talish did not mention about any densely forested landscape. This lack of mention of Kaziranga in this otherwise outstanding work was not at all surprising.

All along the Brahmaputra, Shihabuddin had undoubtedly noticed a uniform landscape dotted with wild animals and dense jungles, interspersed with human habitations. Rhinos and tigers were present everywhere. He had no reason to come across something different immediately crossing Kaliabor, which he did not see till then. Secondly, it is equally true that the Brahmaputra, its water and sands had sculpted the features of its floodplains and surrounding landscape regularly. I want to merely state that the idea of Kaziranga as a national park strictly for wild animals is a modern design and concept.

The process that led to the formation of Kaziranga National Park began two centuries later. British officials, tea planters and other Indians unleashed a reign of terror on the rich fauna along the Brahmaputra. They hunted and ruthlessly killed animals for fun and sport. The numbers of wild animals depleted rapidly. It was only then that some individuals began to clamour for conservation measures to save the area’s wildlife.

A century later, there are raging public debates about the future of the Kaziranga National Park. Human influences in the park are now widely considered to be a dangerous evil. However, the idea that wild animals need to remain immune from any human presence is without any conclusive proof. Contrary to that, an increasing number of scientists now propose that wild animals and humans can co-exist to a reasonable extent. Our public debate is not only immune to these emerging perspectives on wildlife park management but equally distances itself from the inter-connected issues of history and social landscape, which shaped the past of Kaziranga.

The present war of words is practically a battle against Assam’s agrarian past. We use the 19th-century land and forest laws as weapons. These laws were written in order to maximise political and economic benefits for the British Empire. They are not equipped to give direction to an ecologically-devastated Assamese peasant society or Assam’s crucial geography. We ignore the fact that Kaziranga is also surrounded by a highly domesticated agrarian landscape. We also often forget that the Kaziranga is home not only the one-horned rhinoceros but also a complex ecological system. The mighty Brahmaputra nourishes this landscape. Are we equipped to engage seriously with all these?

In 2014, the Kaziranga National Park Authority published a voluminous report. Part science and part policy measures, this detailed report is a prelude towards a more nuanced debate on the role of science and multiple forms of conservation practices in saving Kaziranga. The report has highlighted the complex range of issues facing Kaziranga. I do not suggest that this report is beyond criticism. But unfortunately, this valuable report and the complex problems flagged therein, hardly get priority in the public debate. For instance, the ability of the Brahmaputra to threaten this entire landscape is yet to be a central theme of our public debate. A narrow frame of legal prescriptions mainly decides Kaziranga’s core conservation programme.

Assam’s cultural investment in the park began only in the later decades of the 20th century. Kaziranga became a part of Assam’s natural and cultural heritage due to an extraordinary human effort. Naturalists, peasants, small entrepreneurs and lawmakers were all part of this effort. A number of naturalists began to dream of Kaziranga in the 1950s. In the 1960s, Assamese politicians across the ideological spectrum agreed that Kaziranga needed more state support. They took extraordinary steps to place legal and executive mechanisms to give a new life to Kaziranga. This was much before the 1972 Indian Wildlife Act came into existence. But Kaziranga did not become part of our valued cultural heritage till the 1970s. But since then, local people have extended incredible social and political support to enhance Kaziranga’s value. People began to care for wild animals, which might have been a nuisance once upon a time. The neighbourhood community regularly helped distressed animals. Is it not proof of strong human support to non-humans?

A set of prescriptions, which ignores both, the landscape and ecological complexities of the region, has now set the tone for the idea of Kaziranga’s governance. This set of prescriptions wants to sanitise Kaziranga of all human influences. This version of Kaziranga would be a caged geographical area. That is equivalent to a modern zoo where ‘wild’ animals will be at play. This neat and clean place will play host to wealthy tourists. These guests will come to the Kaziranga zoo in their chauffeur-driven, air-conditioned cars. I can imagine the erstwhile rulers of the Indian princely states and zamindars revisiting their most-favoured hunting grounds. For me, such a perfect natural space, free from all human influences, is a deeply flawed philosophical problem. Kaziranga cannot be an abstract geography. It will be dangerous to ignore the vibrant everyday life around this natural and cultural heritage of Assam.

Successful wildlife conservation practices across the world tell a different story. People and science have become partners in these conservation success stories. Such success can be found both, within India and outside India. A large number of eminent Indian scientists have been privy to similar conservation practices across the world. The success of the people-centric idea of a park might look like a fantasy to many. These success stories have emerged out of those societies’ deep engagement with the local landscape and history.

We need to save rhinos from poachers but not by putting them into a clean glass-palace. We need to ensure that humans and non-humans live in this landscape with dignity and pride. In the long run, the idea of Kaziranga National Park will be successful only if we can agree to a sensible idea of governance based on a careful blending of both, the ecology and the complex human landscape of Assam. This is not too difficult to achieve. Let us not allow the debates that are immune from the complex ecological, historical and political realities of Assam to decide the fate of Kaziranga.