Weaving insect wildlife back into the tapestry of life 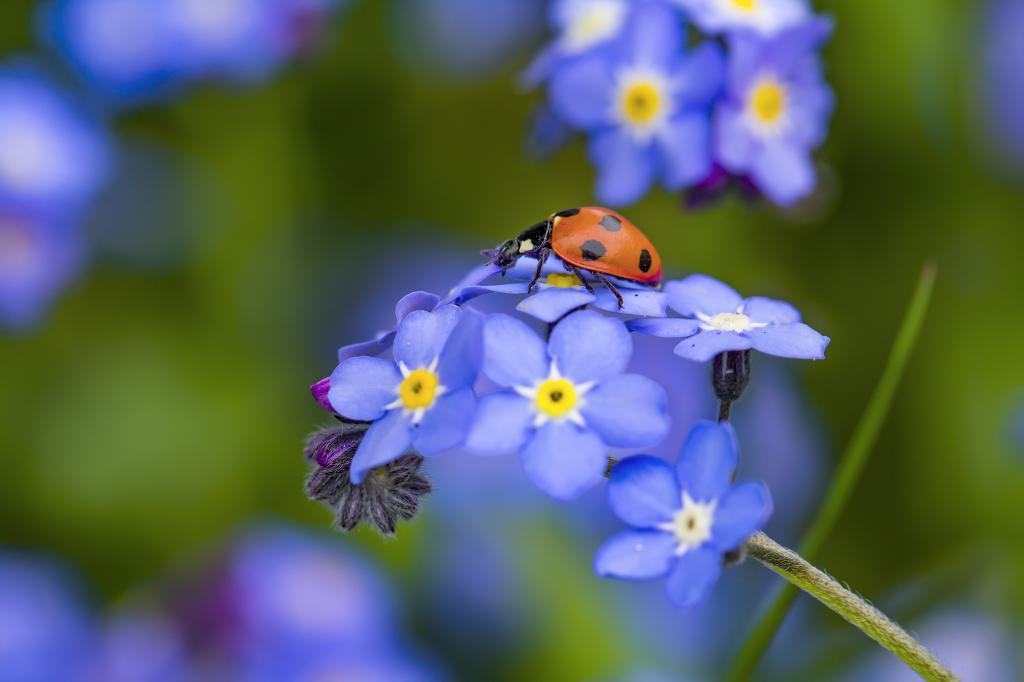 Insects are fundamental to the functioning of land and freshwater ecosystems. They permeate all aspects of these ecosystems, chewing and pooing, pollinating, seed spreading and affecting each other’s population levels through predation and parasitism. They also provide ecological processes of vital importance for frogs, lizards, birds and mammals, especially as food items for these vertebrates.

Insects also supply ecosystem services of great benefit in support of human activity, especially food and fibre production, through actions such as pollination, nutrient cycling and control of pest insects. This means that the fate of insects is entwined with that of people and of many other vertebrates.

Yet all is not well with this entomological fabric. Insects are declining in abundance in many parts of the world, and species are being lost at a rapid rate, especially through the felling of tropical trees.

Scientists warn that these declines and losses are undermining the ecosystems on which many lives depend. One of the known root causes is habitat loss. This occurs especially through insect population decline and extinctions arising from the carving up of the landscape and planting extensive fields of single crops which causes landscape degradation and eventually leads to loss of their natural habitat.

Other factors are the uncontrolled use of polluting compounds, especially nitrogen-based fertilisers, overuse of pesticides, the spread of invasive alien species and loss because other species on which they depend are also being lost.

Overarching all of these impacts is global climate change, which is complex in its manifestation on insect populations and interacts with the other impacts. Climate change is associated with more extreme weather events and with more intense and frequent fires reducing insect populations. It also changes pest prevalence, making their control more difficult.

In addition to this, landscape fragmentation and habitat loss mean that insects cannot move so easily across the terrain to find the conditions that suit them best, as they once did. And these optimal habitats are becoming further apart and smaller. Yet the future is not at all hopeless. Strategies are being put in place in various parts of the world that when scaled up, will benefit insects globally.

Not all insects are being affected equally. Individual species responses depend on genetic disposition, crafted by past events, often long before human impact on the landscape.

Some species survive well in human-modified circumstances, whether agro-forestry or in cities. Others have the capability of surviving well in certain agro-ecosystems or even city parks. But many are specialists that require particular circumstances or particular host species in order to live.

These specialists are the ones being lost at an alarming rate, especially in tropical forests undergoing rampant deforestation. Their home space is being greatly reduced, lessening their opportunity for survival. When this shrinking space reaches a critically low level, they have nowhere else to go.

In contrast, some genetic modifications enable certain insects to adapt to the changing human environment. The Small ermine moth (Yponomeuta cagnagella), for example, is becoming less responsive to artificial light, improving its chances of survival in the urban environment.

Others can benefit enormously from some artificial environments. This is best seen in the case of artificial ponds. Our research found that these provide many more opportunities for survival, as more options are available, especially when natural ponds are under drought stress.

International scientists have proposed a roadmap to deal with many of the problems that insects are facing. These are strategies for a way forward not only for long-term insect survival but for ensuring that insect populations continue to provide ecosystem services beneficial to humans. These include the pollination of crops, control of pests using natural predatory and parasitic insects and maintenance of healthy soil.

Recently though, much more detailed strategies have emerged. These focus on specific ecosystems, whether forest, grassland, freshwater, caves or cities. In short, various research activities around the world, in concert with effective implementation, have illustrated that there are positive ways forward.

These strategies involve much more investment in the future, rather than on destructive short-term economic gains. Different parts of the world can benefit from these findings and tailor them to local conditions.

Among the strategies available are implementation of functional corridor networks of natural vegetation among crops and plantations that enable insects to move across the landscape. Planting particular vegetation between crop rows and around field margins can also be beneficial, as can the careful planting of roadsides.

Rivers can be rehabilitated by ensuring no run-off of pollutants and pesticides, and restoring the river banks with natural vegetation. Reduced insecticide input is essential, as pollinating bees in particular are suffering greatly.

Biological alternatives to pest control, such as parasitic wasps and predatory beetles, are available. These often go hand in hand with re-establishment of natural vegetation.

Cities, towns and abandoned land can also make a great contribution by increasing the amount of green space relative to the hard grey of the man-made structures. Vegetated green roofs and walls can also help create habitats for insects.

If this generation doesn’t put these strategies in place, the future for future generations will be bleak because options for resilient landscapes are diminishing.