Wildlife during a pandemic: The other side of the coin

Instances of wild animals entering urban landscapes were reported the world over. But was everything about the lockdown hunky-dory for them? 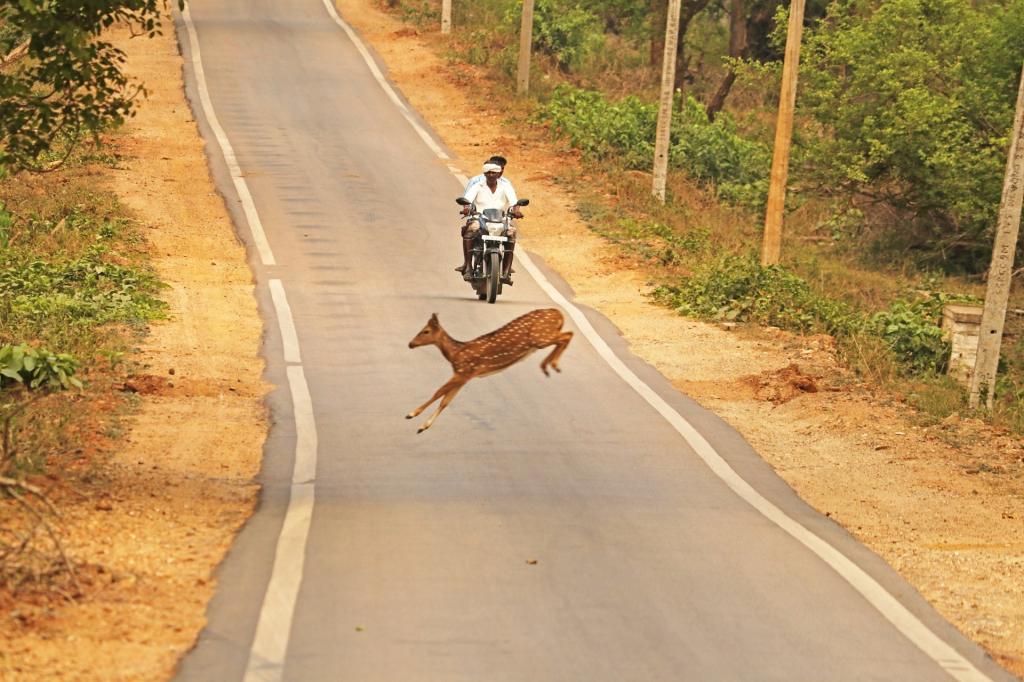 On waking up to the birds chirping and fresh air, fewer people and cars on the streets during the countrywide lockdown to curb the spread of the novel coronavirus disease (COVID-19), we were led to believe that it healed the environment.

It took a long time to realise that we became used to the monotone of humdrum mornings. For most working-class people, each day was the same when we woke up, went about our morning routines and rushed for work.

Mornings were met with crowded streets and bustling marketplaces. We saw hordes of people trying to keep up with their daily schedules, taking little notice of their surroundings.

But today was different. As the sun emerged from the mountains, the sky was covered in a blanket of tangerine hues. The darkness swept off to the west and the birds looked like silhouettes against the orange-kissed heavens.

Trees lined across streets came alive with chirping birds and squeaking squirrels. The streets themselves were untainted by human footfall.

This silence was broken as the empty streets of Hyderabad drew an unusual visitor: A leopard walked out of his den, made his way to a road, looked at the concrete jungle around him and went for an adventure, leaving residents with surprise, fear and in awe of his beauty.

Such instances were reported the world over: Wild animals took back what was once theirs, as people were forced to stay home.

While Sambar deer wandered on the roads in Chandigarh, a small Indian civet was spotted on a zebra-crossing in Kerala.

A herd of spotted deer explored the streets of Haridwar without the fear of being killed by moving vehicles.

There was an increase in the number of flamingoes congregating in Mumbai, according to news reports.

The now pristine beaches across the country’s coastline became hatching grounds for tiny Olive Ridley turtles, while critically endangered Ganges dolphins made a return to the ghats of Kolkata.

Wild animals seemed to be set for a summer vacation. The lockdown appeared to be a godsend for the environment.

With decreased pollution levels in the cities and increased instances of wild animals in urban landscapes, the lockdown appeared to be a respite for Mother Earth to tend to herself.

But was everything about the lockdown so hunky-dory for wild animals?

Wildlife poaching cases in India increased to 44 per cent for ungulates (large mammals with hooves) and 25 per cent for other small mammals during the lockdown, according to a report by non-profit TRAFFIC.

Sure enough, poachers did not take a break during the lockdown. The positive narrative seemingly blinded us partially.

It was heartening to see wild animals exploring previously uncharted spaces with the slowdown of human activity. It showed us just how quick animals were at adapting to a changing environment.

But these movements posed unseen threats to them, as they ventured into human-modified landscapes in search of resources.

These instances increased the odds of animal-human conflict and made things easier for poachers.

India saw an uptick in poaching and hunting of several species including pangolins, giant squirrels, civets or smaller wild cats.

Encroachment of ungulates rose due to restriction in travel and transport. With forest department officers splitting their time between regular duties and helping out with the COVID-19 outbreak, vigilance inside forests took a hit. 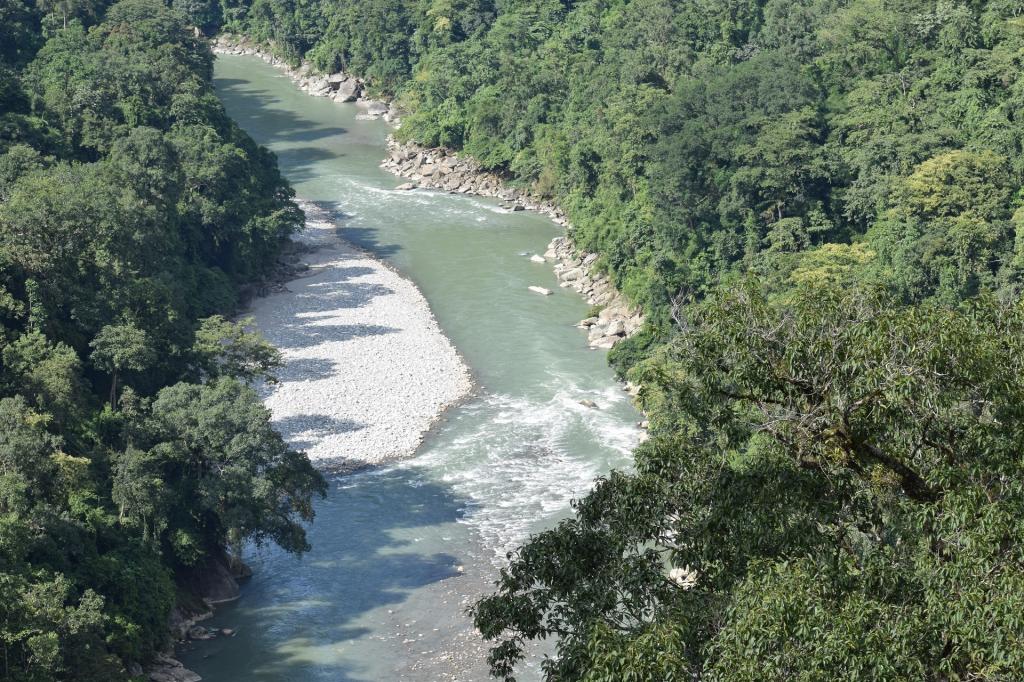 In this scenario, it became difficult to assess how much of a risk wild fauna face.

As poachers and opportunistic delinquents used the lockdown for their misdeeds, conservation in the country faced a real threat.

In a closely knit economic machine, the closure of one system impacted several others. The closure of the tourism industry, for example, put people out of work and forced some to unsavory practices like hunting and illicit lopping of trees.

The lockdown took a toll on global economies. This was reflected as funding for conservation reduced.

With a sudden drop in funds, wildlife reserves struggled to protect animal populations. We should also question post-pandemic implications for wild animals.

With a captive tiger in New York’s Bronx Zoo testing positive for the SARS-CoV-2 virus that causes COVID-19, we were left to wonder if the disease infects wild fauna. The implications of such a scenario remain unclear.

The lockdown also enabled governments across the world to tilt the power in their favor as the voice of dissent weakened in the absence of public protests.

Environmental issues in India took a greater hit, with the Union government prioritising development over conservation.

A change in the environmental laws took shape in the draft Environment Impact Assessment, 2020 along with the approval of new projects related to mining, hydropower and highways by the Union Ministry of Environment, Forest and Climate Change.

Such projects not only result in the loss of rare flora and fauna, but also lead to indigenous communities losing their way of life.

Increased human-wildlife conflict, loss of endangered species and bigger forest fires are all in the cards.

Experts indicate that such an ordeal may also lead to the emergence of another new pathogen similar to the Ebola virus or the Severe Acute Respiratory Syndrome.

Decisions on environmental laws were rushed through and may serve as an invitation for the next man-made disaster after COVID-19. Concerns were raised against such issues, but the war against them rages on.

While we celebrate a temporary improvement, the situation may completely reverse once cityscapes are taken back by us. Wildlife will be forced to disappear and their prime habitat will have dwindled.

Moving from wildlife to human society, the situation is worse in rural areas. Millions of migrant laborers lost their jobs and several small-scale industries faced losses during the lockdown.

This added to pressure on natural resources as the rural poor turned to forests for sustenance. It is scarier to think there will be no assurance over this situation reversing once the pandemic is over. We were served with a cocktail of several bad things.

While we admire the beauty of wild animals traversing urban landscapes, we need to be conscious of our footprint on the ecosystem.

The first step towards a healthy relationship between the people and the planet stems out of strengthening our protected area network so wild animals find a safe haven once the lockdown is over.

The lockdown gave city residents a rare peek into the beauty of wildlife and was a great opportunity for us to channel our admiration for these majestic creatures to strengthen conservation efforts.

The pandemic should serve as a lesson for us to rethink how we treat nature, given our dependency on it. We, as a community, need to rise and move towards a new nature-friendly future aided by the protection and restoration of all life-forms on Earth.

The author would like to acknowledge Shivam Shrotriya and R. Yashaswi Rao for their valuable guidance.