Writing on the wall: Infrastructure projects are destroying Western Ghats

The time to put off the inevitable question about human relationship to nature is long past. Our assumption that we can control and modify nature without repercussions is a fallacy 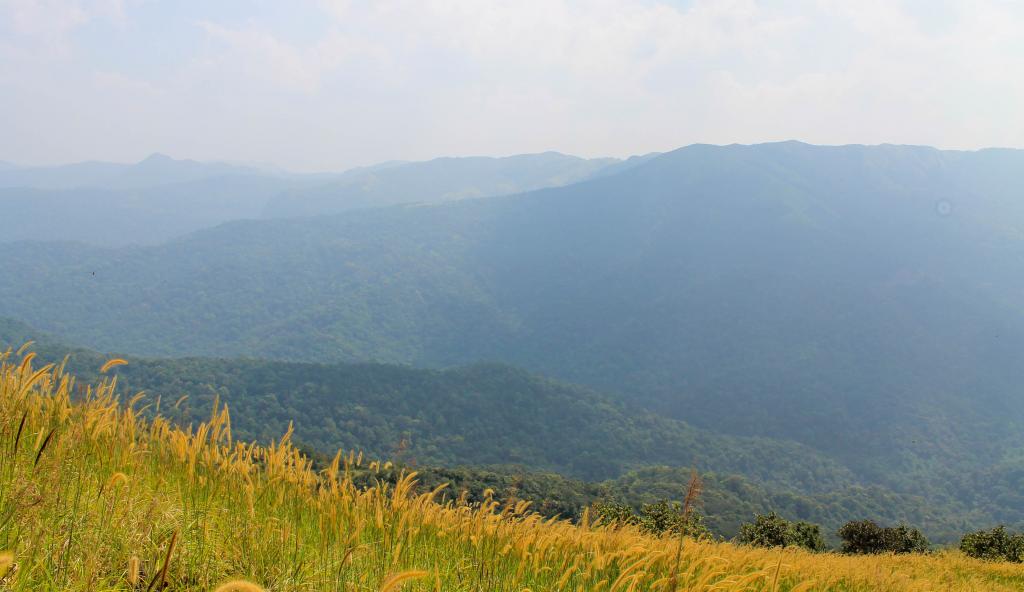 Lofty mountains that touch the azure skies, gentle hills clothed in dense tropical forests and evergreen valleys — the Western Ghats nurture a variety of ecosystems not found in any other part of the world.

Spread over 164,280 square kilometres, these mountain ranges foster varieties of endemic plants, animals, birds and reptiles. The rivers that cascade down the mountains into the valleys below — the Godavari, Tungabhadra, Bhima, Tapi and Cauvery — are vital for the survival of nearly 245 million people in Peninsular India.

The destruction of these forests, however, through rampant pillage of natural resources, ill-considered infrastructure projects and indiscriminate promotion of tourism, destroys a biosphere seen as a biological hotspot.

The brunt of this plunder is borne by the people living in this biosphere: Each passing year, the monsoon brings in its wake floods and landslides that destroy crops, houses and properties.

In Kodagu district (Karnataka), 35 villages from six gram panchayats were destroyed in 2018 due to floods. At least 13 villages and hamlets disappeared without a trace. It was as if these villages bustling with life, coffee estates, paddy fields, cattle sheds and houses never existed.

Villages were also isolated because of the damage caused to roads by the landslips. Sadly, these catastrophes have recurred in the ensuing years in increasingly widening circles of devastation. Landslips on the Iguthappa Padi and Brahamagiri mountains have altered their topography.

Until recently, rains after sweltering summer would be welcomed with a cheer. It was a time when the sweet smell of the earth lingered in the air. To the farmers, the rains marked the beginning of agricultural operations, a time to plant and nurture the seedling, transplant them and watch them grow.

Before these disasters, people experienced a sense of contentment. Their lives revolved around the seasons of the year and determined by crop cycles.

Protected from the full onslaught of the southwest rains, by the invincible mountains and the dense tropical jungles, these farming communities tilled the land of their forefathers and lived in close-knit circles. Their religion and culture were shaped by this landscape and found expression in a deep veneration to the land and its biodiversity.

But the mountains are not invincible anymore. The rains lash the mountain slopes and there is a palpable fear. Landslips have been caused by excessive logging and exposure of the mountain face to soil erosion.

The debris from excavation of mountain slopes for infrastructure development has aggravated the problem. The accumulated debris flow down the mountain slopes during torrential rains to destroy crops, houses and thriving hamlets. Floods have been caused by indiscriminate sand mining and destruction of the riparian forests.

The destruction of Kodagu / Coorg is only the tip of the iceberg: In the last three years, widespread landslips and floods have occurred not only in Kodagu, but in all 11 districts of Karnataka that lie either wholly or partly on the Ghats. Other districts and taluks have experienced droughts.

Despite this incontrovertible proof that any tampering of the Western Ghats eco-systems would have serious repercussions, Karnataka government has planned to initiate large-scale infrastructure projects. This tunnel vision of the future, can only exacerbate the environmental catastrophes in the years to come.

Some of the controversial projects on the Western Ghats include:

Each of these projects proposed at a whopping cost will do untold havoc to the environment. The Hubbali-Ankola Railway Project, for instance, will destroy 596 hectares of Protected Areas and 178,325 trees.

The ecological integrity of Kodagu (an eco-sensitive region) will be destroyed beyond redemption by the proposed highway and railway projects that will intersect the district and destroy on a rough estimate 300,000 trees.

It cannot be forgotten that what remains of the Ghats is but a fraction of what it was historically. Between 1920 and 1940, nearly 40 per cent of the natural vegetation was lost to commercial crops.

Since Independence, forests and natural resources have been pillaged for economic growth; and no attempt is made to ensure prudential use of natural resource. This is apparent from the environmental clearance given to these projects “in principle” by the Union Ministry of Environment Forests and Climate Change without proper environmental assessment.

As seen from the Draft Environmental Assessment Rules (EIA), 2020, any form of environmental regulation is anathema to policy makers.  For this controversial notification exempts large projects (such as coal, mineral, sand mining and chemical factories) from prior environmental clearance; it allows for post-facto sanctions from commercial establishments, the notification discourages environmental vigilance by local communities.

In essence, the notification violates the Article 48A of the Constitution, which emboldens the state to protect and improve the environment and safeguard forests and wildlife (Article 48A). It also violates all principles of intergenerational equity.

The writing on the wall is clear: The time to put off the inevitable question about human relationship to nature is long past. Our assumption that we can control and modify nature without repercussions is a fallacy. We can no longer ignore the impact of ecological disasters or assume that these disasters are caused by natural causes.

Despite the frequency of environmental catastrophes, Karnataka plans to undertake large infrastructure projects in eco-sensitive regions of the Western Ghats. These projects are dictated by business interests rather than sound ecological knowledge.

The levelling of hills and cutting down of trees for projects, will aggravate the present environmental crisis, deplete water resources, escalate the existing agricultural crisis and displace local communities.