The Hubballi-Ankola railway line, approved by the Karnataka government March 20, 2020, will lead to desertification and a water crisis, experts have warned.

The proposed project has already raised fears of massive damage to environment and biodiversity in the ecologically fragile Western Ghats.

About 80 per cent of the proposed 164-kilometre railway project cuts through the core forest lands, according to the site inspection report presented to the Ministry of Environment, Forest and Climate Change (MoEF&CC). At least 995.64 hectares will be given for the project, of which 595.64 ha will involve forest land; 184 ha wetland; and about 190 ha dry land.

The amount of land that will have to be deforested will amount to aproximately 1,337 ha, according to the report.

“The proposed railway cuts through the heart of Sahyadri mountains that comprise half of the watershed area. The linear cutting of the hills reaching the coast will be catastrophic,” said Yellapa Reddy, who served as a conservator of forest, Karnataka forest department in the Uttar Kannada region, Canara Circle.

Reddy said the project would impact about 5,000 ha land. “There is an elevation of 500-600 meters in addition to slopes. The project would require construction of bridges, roads and infrastructure along with the machinery. Then labourers will come and settle. This will impact the surrounding regions,” he added.

The ecologist said the work would probably continue for 8-10 years and break the water veins in the region. “The area receives 1,800- 2,500 mm rainfall in about two months. Heavy rains will cause flash floods and increase surface run-off of water,” he said.

Reddy added that as the water holding capacity of the area will drop, it will adversely affect percolation of underground water. As a result, farmers and population downstream will suffer from water scarcity and droughts.

About 60 rivers originate from the Western Ghats and provide water to peninsular India. A 2018 report by TV Ramachandra of Indian Institute of Science stated that any landscape change leads to less rainfall and accelerates the effects of climate change.

“The massive destruction of forest and ecology, especially the biodiversity hotspots, leads to erratic rainfall,” said Gurudas Nulkar, an ecologist and trustee at the Ecological Society, Pune.

The railway line project between Hubbali and Ankola (marked by red dots) was cleared by the Karnataka government on March 20, 2020.

He added: “Dense forest area provides the microclimate required by clouds for condensation. In the absence of forests, clouds won’t get the condensation temperature and move ahead. Allowing the clouds to precipitate is one of the main functions of the forest. This phenomenon, in the long run, will cause desertification.”

The expert said reduced rainfall will eventually affect the population in south India and aggravate the water crisis.

Experts also believe the government ignored a geological impact assessment for the project as well.

“Controlled and uncontrolled blasts carried out in the area will rupture the formation of mountains that took place over billions of years ago. The fractures will affect the primary, secondary and tertiary flow of water in the slopes of the region,” said RM Ananya Vasudev, a geologist.

Vasudev said landslides get reported in parts of Coorg and Western Ghats for the same reason.

“It is also important to understand that it is not the Hubballi-Ankola railway line project alone that will cause massive damage. Other projects such as the National Highway-75 Shiradi Ghat project, Mangaluru-Bangaluru railway and highway project, Yettinahole project, power plants and other projects which just cut across the core forest areas in the region are equally dangerous to the ecology,” he added.

He explained that mountains hold vast amounts of water for years and rupturing those reservoirs will damage the holding capacity and replenish rivers.

“It will cause run-off of surface water, resulting in floods during rains and water scarcity during summers,” he added. 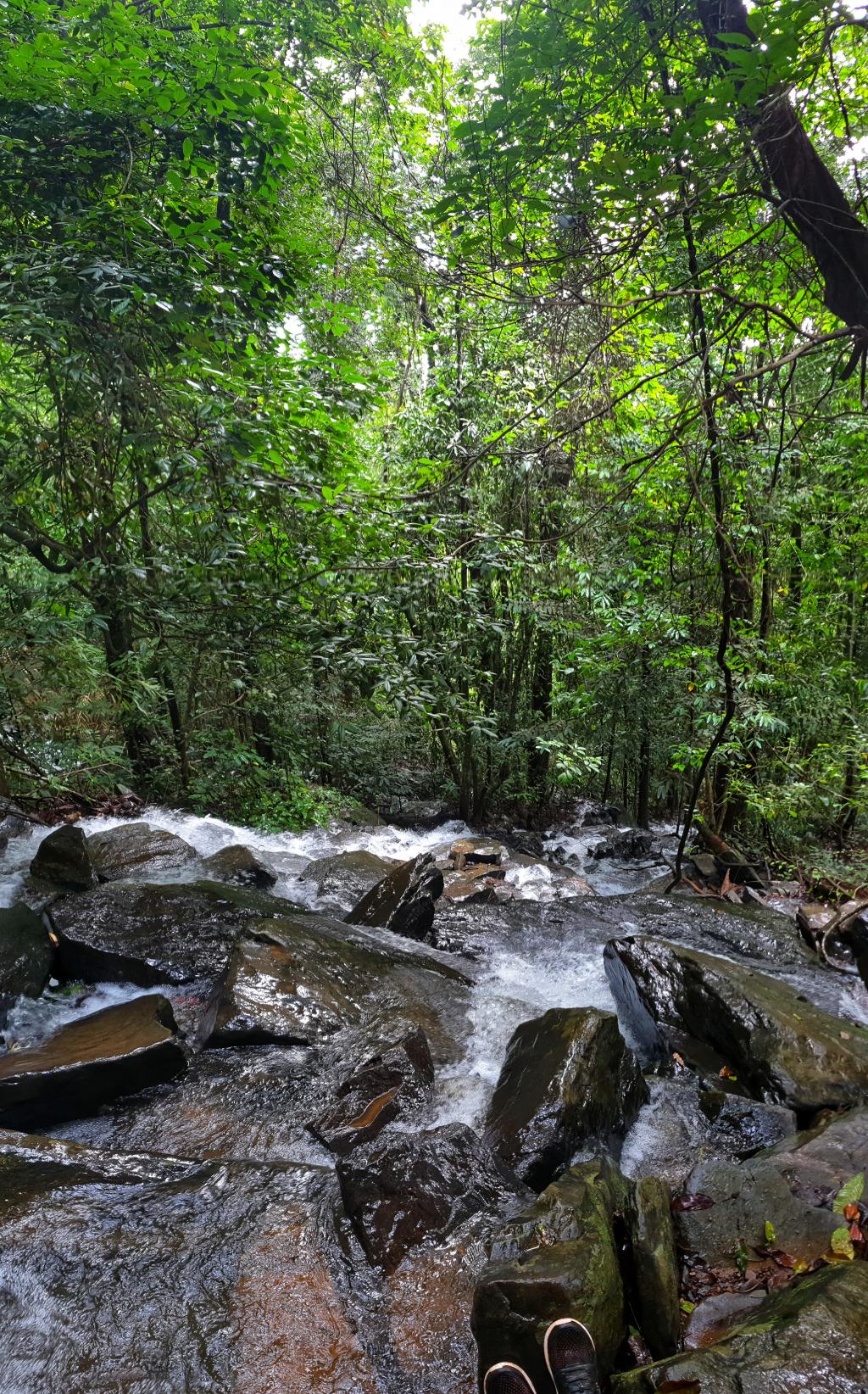 A river downstream in north Karnataka

The geologist said massive plantation drives will not help as a forest cannot be reproduced. “The forest will take about 40 years to restore. The tree species, locations and habitat destruction will not restore with plantation drives,” he said.

Another Pune-based geomorphologist, Shrikant Gabale, spoke about repercussions of the Konkan railway line: “We studied the impacts of the project in 2010-11, and found that human actions like deforestation, agriculture practices on deep slopes, cutting and deep excavations on slopes for buildings canals and inappropriate treatment of debris can lead to landslides.”

The results were published in The Deccan Geographers, Deccan Geographical Society, Pune (2015). It was called A Study of Landslide Effect at Pomendi, Ratnagiri, Maharashtra State.

Gabale said such mass-scale deforestation activities have irreversible impacts: “The cutting of water streams and slopes is like cutting veins in the body. The natural flow will be disturbed and the population living in hamlets and villages downstream will be affected.”

The scientist said numerous cases prove that changing the topography results in flash floods and quick draining of water.

Aditya Dhopatkar, agro-ecologist based in Mumbai said, unlike the Himalayan rivers that receive water through melting glaciers and snow, rivers in the Western Ghats depend on rainwater during monsoons.

“The whole forest ecosystem will collapse as the habitat will be fractured, forest temperature will change, and birds, animals and other species will move out. The forest matter acts as a sponge. It also sequesters carbon,” Dhopatkar added.

Dhopatkar warned of a change in cropping pattern with water availability. “Drinking water will be scarce and eventually lead to desertification,” he added.

J Manjunath of the Wilderness Club, who is campaigning against the move, said the project must stop at all costs: “There is already a railway line that remains underutilised. Why is there a need to construct a shorter line at the cost of environment?”