India needs to be cautious as experience shows it can backfire

India needs to be cautious as experience shows it can backfire 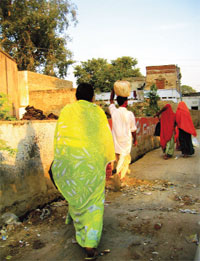 The country’s poor are bracing for what is dubbed as a potential game changer in the delivery of development. To monetise its support for the poor, the government has announced direct cash transfer of subsidies to the bank accounts of beneficiaries. To start with, the government will implement the system in 51 districts and extend it to the rest of the country by the end of 2013.

India is a nascent believer in the direct cash transfer system that is fast spreading across poor and developing countries. But its journey is not going to be simple given the fact that the country implements some of the world’s largest development programmes. More so when the world has just begun to realise the complex impact of direct cash transfers. Since managing money is a personal affair, the system involves a fundamental change: switching from a community-oriented development programme to an individual-driven plan. The system is also in conflict with another personal affair: migration for better economic opportunity.

Overseas Development Institute, a London-based think tank, has recently analysed 22 studies on the impact of cash transfers on migration in Latin America and Africa. Ten of the studies reported that the system helped curb migration, while 10 others concluded that the system encouraged migration. This could be because the transferred cash was not adequate to stop migration and people used it to fund migration.

Mexico’s Oportunidades, a conditional cash transfer programme, is a case in point. Four out of six studies found that many households used the received cash as collateral to get loans for funding migration of family members. Similarly, in South Africa, migration increased in areas where Old Age Grant programme was being implemented as families used the money to support further migration.

In India, we can speculate on the system’s impact based on our experiences of conditional cash transfer schemes like those under the Mahatma Gandhi National Rural Employment Guarantee Act (MGNREGA). Wages under the schemes are transferred as cash with a stated objective of checking distress migration. But more than five years of their implementation shows an interesting trend in the way households handle cash. The schemes have huge participation from women. Households allow women to work under the schemes, while men continue to migrate. This brings in additional income. This also means the schemes’ key objective of checking distress migration has not been met.

Another conditional cash transfer programme, Jananai Suraksha Yojana, offers cash incentive for delivering babies in hospitals. In Odisha’s Balangir district, notorious for distress migration, women stay back in villages to deliver in hospitals for the cash incentive, but migrate soon after that. Little wonder that the migration rate in the district has not declined. Interestingly, during pregnancy, women join schemes under MGNREGA, which allocates them less tasking works. This is a household decision, keeping in mind the available income options. In the long run, as it turns out in Balangir, migration of women has also affected vaccination programmes for children.

With more cash in account, would a household in Balangir decide to migrate or stay back? This is a personal economic decision made out of rigorous cost-benefit analysis. So there must be enough opportunity whether in cash or kind to stop people from migrating.