Will there be gas at the end of it?

Iran-Pakistan (and US) pipeline politics 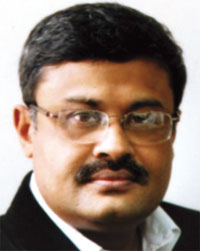 If the United States has its way, the Iran-Pakistan gas pipeline will never happen. But with Iran claiming that it has completed the construction of 900 kilometres of the 1,150 km pipeline on its territory, the first ever gas flow by pipeline into South Asia looks to be a little more than possible.

After India dropped out of the original project due to intense US pressure in 2009 and opted for the civil nuclear route, Iran and Pakistan are the only partners left in the game.

Following a ceremony attended by Iranian President Mahmoud Ahmadinejad and his Pakistani counterpart Asif Ali Zardari on March 11, the signals were clear—that Islamabad is publicly ready to defy the US to meet its energy requirements from next-door Iran.

The pipeline is expected to bring 21.5 million cubic metres of gas a day from Iran’s South Pars field to the Pakistan-Iran border and is scheduled for completion by 2015. Construction of the $1.3 billion, 781 km pipeline in Pakistan, which will link Nawabshah in Sindh, is apparently all set to begin.

“Teheran-based Tadbir Energy Development Group will undertake all engineering procurement and construction work for the first segment of the project, which starts from the Iran-Pakistan border,” an official Pakistani statement said on March 11 after the ground-breaking ceremony. “The Iranian firm will also carry out the second segment of the project, while the third segment will be funded by Pakistan through the amount generated from the Gas Infrastructure Development [Cess] and out of total cost on Pakistan side gas pipeline, Iran will provide $500 million while China has promised to provide $500 million,” the statement said.

Both Ahmadinejad and Zardari patted themselves on the back by saying that the project was a “very bold step taken by the two countries despite international pressure to delay” it.

Pakistan’s Advisor on Petroleum Resources, Asim Hussain, claimed that his country’s GDP would increase by five per cent after the project becomes operational. He added that the project would create 10,000 jobs during construction and 3,000 post-construction.

Responding to the Iran-Pakistan initiative, the US State Department spokeswoman Victorial Nuland said: If this project goes forward it would take Pakistan in the wrong direction right at a time when the US is trying to work with Pakistan on better, more reliable ways to meet its energy needs. “...We have serious concerns, if this pipeline project actually goes forward, that the Iran Sanctions Act would be triggered. We’ve been straight-up with the Pakistanis about these concerns,” she said in Washington on March 11.

The role of natural gas in Pakistan’s energy mix cannot be over-emphasised. According to the Petroleum Institute of Pakistan (PIP), indigenous natural gas is the largest source of energy supply in the country, contributing 46 per cent of all energy produced. “If current gas supplies persist, Pakistan’s natural gas supply is expected to decline from four billion cubic feet per day (bcfd) in 2010-11 to less than one bcfd by 2025-26. This will lead to a growing gas/energy shortfall reaching eight bcfd by 2025-26...” PIP’s Energy Outlook 2011 notes.

Though there remain strategic and security imponderables, the construction of the pipeline on the Iranian side and the provision of significant loan amounts suggest that this forward movement may well translate into gas for all manner of Pakistani consumers.

However, several ifs and buts remain. The announcement by President Zardari that construction of the pipeline on the Pakistani side would begin comes at a time when elections in his country are due on May 11. Given the rise in anti-American sentiment in Pakistan, Zaradri is providing his Pakistan People’s Party (PPP) with vital ammunition to fire at election rallies—the PPP can show that when it comes to Pakistan’s interest taking on the US is no big deal.

“There are still doubts on how the pipeline project is to be financed. Do the Iranians have spare cash to loan to the Pakistanis?” a senior Indian official, who is familiar with the issues but preferred anonymity, asked this writer. The official said the situation could be transformed if the sanctions on Iran, which are making oil imports from Tehran to India quite difficult, were lifted by the US.

Though there has been renewal of international contracts with Iran on its nuclear issues, there are no imminent signs of a breakthrough that might lead to lifting of Washington’s sanctions on Tehran.

Analysts believe India lost out by pulling out of what was to have been the Iran-Pakistan-India (IPI) pipeline. At one stage, even China was keen that this IPI pipeline be extended to its territory. With growing demands of natural gas, the choice made by Prime Minister Manmohan Singh to go with the US and ink the civil nuclear deal at the cost of the gas pipeline from Iran is very much up for question.

According to the Planning Commission, India imports 19 per cent of natural gas requirements; it is projected to go up to 28 per cent in 2016-17.

“Expanded usage of natural gas will continue to be dependent on imported LNG, an expensive proposition at present. As against the domestic natural gas price of $4.2–5.7 per mmbtu (million metric British thermal units) from K G (Krishna-Godavari) Basin, prices of imported LNG are $13–14 per mmbtu, equivalent to $78–85 per barrel of oil. It is important we develop strategies that will permit the expansion of gas usage, including LNG, so that the portfolio of hydrocarbons is more evenly spaced out,” the approach paper to the India’s 12th Five Year Plan (2012-17) said.

A leading oil and gas company had estimated in 2002 that India would save $10 billion in energy costs over 25 years if the IPI gas pipeline were to have been built. Given that IPI gas costs were to have been easily less than $5 per mmbtu, the 2002 projections are a gross underestimate as the Planning Commission puts the current cost of imported LNG at $13-14 per mmbtu.

There is little doubt that the project fitted in well with India’s energy requirements in every respect and would have given a fillip to the region’s energy security and welded three politically diverse countries into a long-term partnership. Of course, there were/are security issues in the pipeline passing through Pakistan, but the sovereign guarantees being provided by Iran for gas delivery on the Pakistan-India border would have met Delhi’s concerns on the issue.

However, the focus was totally on the civil nuclear deal with the US (whose benefits in terms of new reactors are still awaited). Analysts believe rather than going for either-the-civil-nuclear-deal-with-the-US or the-gas-pipeline-from-Iran option, India could have obtained both benefits had it shown the requisite patience and engagement skills.

As the truncated gas pipeline from Iran to Pakistan shows signs of becoming a reality, major questions remain on Washington’s approach to the region. A fundamental change of approach from squeezing Tehran to engaging Tehran is in the region’s larger interests. Similarly, Iran would do better to engage the US rather than abuse the US.

At a time when the stated US/international goal is to stabilise Pakistan-Afghanistan, a Washington-Tehran rapprochement would dramatically improve the strategic environment in the region. But the dice is loaded against it. It would also liberate energy flows and make not just the Iran-Pakistan gas pipeline a reality, but rekindle Indian interest in the project and lead to the fruition of US-backed Turkmenistan-Afghanistan-Pakistan-India pipeline.