Misconceptions about steroids and the real reasons for their bad reputation 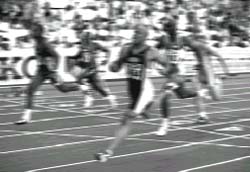 steroids are not as harmful as we commonly perceive. The present misunderstanding has a lot to do with overzealous athletes who use them to enhance their abilities, which tantamounts to cheating. But doctors (rather quacks) are not far behind either. They indiscriminately prescribe steroids -- which is why a majority of patients are sceptical about using them, obviously unaware about the benefits obviously unaware of the benefits that accrue from their use.

The general public regards steroids as any other antibiotic, which can be used in short courses and can be discontinued abruptly. Increase in weight, which accompanies the use of steroids, is regarded as a sign of good health. This is a very wrong assumption. A lot of quacks and perpetrators of alternative medicine are to be blamed for misguiding the people. The patient is never told what medicine he/she is being prescribed and the names of medicines are kept a trade secret for reasons better known to them.

A case in point is a patient whose blood pressure dipped to dangerous levels on the surgery table. No treatment seemed to work till she was given a shot of steroids. It was learned later that she had been treated by a hakim , who had never bothered to let her know the name or type of medicine she was being given. The patient's clinical history was also altered, which delayed the real diagnosis.

All the steroids a person needs is produced by the adrenal gland, cortex, located above the kidneys. Medical augmentation of steroids is needed only when the gland does not function properly or more steroids are required than the gland can produce. If prescribed properly, steroids are anti-inflammatory (a condition where the swelling is reduced). It also regulates the immunity system and is vital for the treatment of autoimmune ailments (when the immune system itself is responsible for diseases) like hepatitis and skin diseases, where is its the only long-term treatment. It is also prescribed for allergies.

One of the early and visible side-effects of steroids treatment is the evident obesity, which many people are very happy about and is, therefore, the reason of indiscriminate self-medication. Little do they know that improper use of steroids affects the immunity system which leaves them susceptible to diseases like tuberculosis and viral infections.

Athletic associations have banned only a few types of steroids, namely anabolic steroids (stanozolol), which effect the breakdown of protein. Its main medical use is in the treatment of aplastic anaemia, a disease in which blood production stops.

The other type of steroid, namely Glucomineralocorticoids, such as hydrocortisone and betamethasone, are widely used for medical purposes and have the potential to become a wonderdrug. Sometimes it is these steroids that can make the difference between life and death. If it were not for steroids, many of the elderly could go blind if affected by Giant cell arteritis (inflammation of the arteries). Paediatric cases of Nephrotic syndrome (a disease of the kidneys in which proteins are lost through kidneys) respond so well to them and biopsy is recommended only when the response to steroids is not as expected. They have also become the first preference for treating asthma.

Steroids are also used in organ transplant cases, for blood cancer and brain tumour treatment, various skin diseases and intestinal diseases like Croh's Disease (of the small intestine) and ulcerative colitis. There are also various autoimmune diseases of the liver, arteries and connective tissue that rely heavily on steroids. But it is only through judicious use of steroids that all these diseases can be brought under control and a better response to other drugs produced.