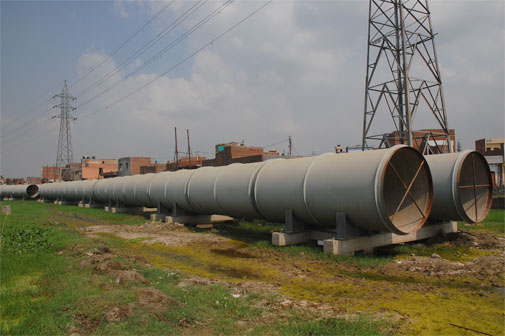 The seventh World Water Forum is meeting in Daegu in South Korea between April 12 and 17. This year’s talks focus on sustainable water management in cities. The forum is organised by the World Water Council, an international network of organisations working on water issues, and governments.

On Thursday, experts discussed “water security for cities through integrated urban planning and services” in a session coordinated by International Water Association and UN-Habitat. In the context of the potential water scenario by 2030, speakers focused on how cities can prepare for the upcoming water stress, floods and droughts and dwindling water resources.

In his opening remark, UN-Habitat’s Bert Diphoorn talked about the need for changing the negative impact of urbanisation. He explained that Asia and Africa have the largest number of smallest cities which have grown due to a rapid urbanisation. The planners in the cities have failed to make a sustainable water plan, he said. Diphoorn cited Barcelona as the best example of a city where planners gave importance to water management during the initial designing of the city. He suggested that cities should reduce, recycle and reuse and replenish to counter the negative impact of urbanisation.

Tony Wong from Cooperative Research Centre, Australia, emphasised the importance of developing water supply securities, sewered cities, flood-protected cities, development of waterways and cities with well-developed water management. Wong explained that the recent drought in Australia made the country think about wastewater recycling and storm water harvesting. He added that infrastructure planning should go hand in hand with city planning and that a lot can be done in developing cities, where the infrastructure is still under implementation, and can be designed to make it water sensitive.

Xavier Leflaive from Organisation for Economic Cooperation and Development, France, focused on the need for policy reforms for bringing about sustainable water management in cities. He talked about the role of Central governments in financing water-sensitive designs for promoting such technologies. Leflaive said there should be a combination of both centralised and decentralised systems to bring about a change in water security in cities.

Eminent panelists present at the event promoted the common idea of reducing water use efficiently and polluting less to move towards a water sustainable city.

Sushmita Sengupta is deputy programme manager of the water unit at Centre for Science and Environment, Delhi.