Recurrent droughts and floods coupled with mass poverty, chronic unemployment and pervasive malnutrition are the major challenges before India. The Union government usually responds by complaining about truant rains and doles out funds in an arbitrary manner. An alternative could be a nationwide watershed development programme through the statutory employment guarantee. The active involvement of state governments, panchayats (village boards) and people in this plan could eradicate the scourges of man-made famine, floods, hunger and poverty permanently 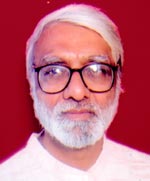 Recurrent droughts and floods coupled with mass poverty, chronic unemployment and pervasive malnutrition are the major challenges before India. The Union government usually responds by complaining about truant rains and doles out funds in an arbitrary manner. As an alternative, I propose a nationwide watershed development programme through the statutory employment guarantee. The active involvement of state governments, panchayats (village boards) and people in this plan could eradicate the scourges of man-made famine, floods, hunger and poverty permanently.

The major favourable factor in the wake of drought is labour availability, which must be seen as an opportunity to create durable social assets. Financial capital is meaningless sans labour resource and social capital in terms of community participation. This is the core idea around which the programme should be designed and implemented. Hitherto this has been the missing element, and that is why the nearly Rs 5,000 billion spent on irrigation projects and other programmes have failed to rescue agriculture from the 'vagaries of the monsoon.'
This scheme should aim to employ 20 million people for 200 days at a wage of Rs 50 in cash and two and half kg of grains per day. This would entail an expenditure of Rs 20,000 crore in cash plus 10 million tonnes of food worth Rs 5,000 crore, at the minimum procurement price. Thus, a total of Rs 25,000 crore investment would generate a work of 4,000 million person-days in a year. It should be used to create durable social assets. This includes soil conservation, moisture retention, afforestation, improving groundwater recharge and building water harvesting structures among others.

The outlay of Rs 25,000 crore is just one per cent of India's national income today. We should be able to garner this amount by levying a surcharge on the income tax and/or a special professional tax. The critical factor is moral capital. Through social mobilisation and community action we can consciously build this vital moral capital. The need for this is acute, as anarchy, violence and disorder are already the norm in many parts of the country.
A perceptive critique of water resources management in India observes, "water resource management strategy in India has so far been guided by the philosophy that water is strictly a fixed resource and we cannot really destroy it on any significant scale. We have successfully destroyed much of our water resources in our streams and rivers, fields and tanks, wells and ponds. Water is not available automatically as a renewable resource because the ecological processes that maintain and give stability to the water cycle govern its renewability. Disrupted water cycles can turn water from an abundant renewable resource into a vanishing non-renewable resource."

Precisely this is what has happened during the past 50 years of water resource planning in India. I will outline an alternative plan for initiating and streamlining watershed works throughout the country. As a first step we need to move beyond the present large dam-centric irrigation policy, which has distorted water resource planning and drained the exchequer. Secondly, the current drought-prone and flood-prone area programmes and scattered projects of watershed development should become part of a broad-based national movement for rainwater harvesting. The major focus should be on an integrated development of land, water and biomass resources.

The watershed works should be dovetailed with employment programmes, which are statutorily guaranteed and linked to a 'food for watershed works scheme.' The community can be empowered through employment and entitlement. With this goal in mind a public awareness campaign should be launched to promote resource literacy, care and conservation of prime natural resources - land, water, flora, fauna, and biodiversity.

Concurrently, training of panchayat members and volunteers who wish to participate at the grassroots level should be initiated in every village. The spirit of voluntarism and professionalism has to be extended beyond the ngo cult. Governments generally exclude the community and create an army of middlemen in the delivery system, who are often stooges of vested interests. Since the programme needs to be launched in thousands of villages simultaneously, there is a pressing need for forging a community institutional arrangement, which the panchayat raj system alone can provide across the length and breadth of the country.

In order to create wider social support and involve civil society in this national programme, a district level advisory committee of social visiona-ries, artists, literary figures, and other activists should be created to guide the programme. We have to launch a national movement for watershed development and provide guaranteed employment. The time has come to take it from a stage of project to movement, so that it replicates fast and ensures quality and efficiency. We should strive to create a Jal Sanskriti, water culture which promotes health and happiness for everyone. To educate public opinion and create societal awareness I suggest wider resource-literacy campaign, focusing in particular on Jal Sakshrata, or water-literacy, which lays proper emphasis on water conservation.

The objective of creating employment for 50 million persons during the Tenth Plan in the non-formal and non-industrial sector can be made viable, productive and meaningful only if it is properly linked to the watershed development programme. Emphasis should be on value addition, through the diversification of agriculture and allied activities. My plan can thus be interwoven with the planned programmes of agricultural and rural development in the Tenth and subsequent plans. Hence, this plea for adopting the plan of the watershed development outlined above as a nodal programme for national regeneration, thereby encouraging a people's movement for community-based rainwater harvesting. This, in my view, is the only way to ensure sustainable and equitable development for every Indian and make India a truly developed and civilised society.

The returns to the investment can be positive and quick, making it a viable economic programme. The scheme is not one based on dole distribution or charity. It is a sound employment and production programme, which fulfills the triple considerations of economic efficiency, social equity, and ecological sustainability.

Retarding runoff and enhancing recharge is the only option to augment water availability. Going by the current degraded state of watersheds, it would require (on average) around 100 person-days of physical work per hectare to carry out the watershed works. That means around 20 million hectares (mha) can be treated and tackled in a year, an astonishing amount of regeneration by any account. As per local or watershed-wise availability of the number of labourers it would have to be phased out over 2 years. In any case, once initiated the entire watershed must be completed in a period of 3 years. The works should be carried out sequentia-lly from 'ridge to valley' in each and every micro-watershed within the area of sub-watershed in that riverbasin. This alone can ensure that the size, the scale and the sequence of impounding water is appropriate. Regrettably, at present the entire system is topsy-turvy and this is the chief cause of water scarcity and imbalance in water availability in the country. Hence, I repeat, we have to adopt an aternative approach, which is integrated and holistic.

The lives and livelihoods of people directly depend on the health of the soil and natural resources. Minimising soil loss would maximise moisture retention and mitigate water scarcity and crop failure. Ideally we should plan zero soil loss. At the national level, we face a paradox of floods and drought simultaneously. Not only the traditional flood- prone areas in Brahmputra and Gangetic valleys, but even arid and semi-arid regions are experiencing floods. This is mainly due to indiscriminate and ruthless deforestation in the catchment areas and mountain regions.

The Brahmaputra carries 735 million metric tons of silt every year. The amount of soil loss because of the destruction of vegetation in riverbasins is causing tremendous soil loss and as a consequence reduces the recharge. The correlation between rainfall, runoff and recharge is thus disturbed. This has a direct bearing on the water availability in watersheds. Until we take care of this, water scarcity can never be solved.

The margin of life on earth depends on nine inches of top soil, which is being squandered through erosion. Protection of the biophysical foundations of growth is a pressing challenge and holds the key to the well being of the present and future generations.

H M Desarda is an ex-member, State Planning Board of Maharashtra