Do public institutions need permission to access biological resources for genetic manipulation? The question has become critical in the wake of a complaint filed over accessing the country’s brinjal biodiversity for research and its eventual commercialisation. The complaint has forced the National Biodiversity Authority (NBA) to find an answer for this vexed question.

NBA started assessing the issue after Environment Support Group (ESG), a Bengaluru-based non-profit, filed a complaint based on an article in the online edition of Down To Earth on September 9, 2011.

In the article, authority chairperson Balakrishna Pisupati had stated that “…in case of public institutions doing research on genetically modified (GM) vegetable and fruits, they do not have to seek NBA’s permission for their research”. That’s when the issue snowballed into a major dispute.

The ESG complained to NBA, saying the National Biodiversity Act (BDA) allows no such exemption. Its sections, read together, state that “prior approval is absolutely essential before accessing biological resources… be they an Indian or foreign company, or association, or any other corporate body or initiative”.

The Act, however, creates ambiguity vis-a-vis “public institutions”. In no section does it clearly mention the term, leading to different interpretations. 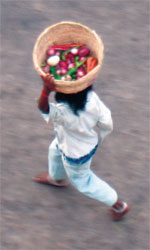 Under Section 3, those who need NBA’s approval for accessing biological resources include non-citizens, non-residents, and body corporates not registered in India or with non-Indian shareholders. An interpretation is that since the section does not list “public institutions”, they need not take NBA’s approval. Section 7 lists those who do not need NBA’s approval for accessing biological resources. “No person who is a citizen of India or a body corporate, association or organisation which is registered in India, shall obtain any biological resource for commercial utilisation, or bio survey and bio utilisation for commercial utilisation except after giving prior intimation to the State Biodiversity Board,” it says.

People in the region and communities, growers and cultivators of biodiversity, and vaids and hakims do not need NBA’s approval. But this section also does not mention “public institutions”, leading to an interpretation that they require prior approval.

The ESG had complained to NBA about the alleged violation of the Act by Mahyco and their collaborators for accessing local varieties for development of Bt brinjal.

The biodiversity Act was formulated in 2002. But public institutions, engaged in genetic manipulation of crops, have never sought permission from NBA or State Biodiversity Boards (SBB) for accessing biological resources. ESG’s Leo Saldanha says public institutions have been flouting the law.

A senior scientist at the Indian Council for Agricultural Research (ICAR), working on GM crops, says, “The question of taking permission does not arise because scientists of public institutions are government employees. I have never taken permission from SBB or NBA. Neither do I know of any scientist in state universities or Central institutes who has taken the permission.”

Naturally then, the Tamil Nadu Agricultural University and University of Agricultural Sciences in Karnataka, which developed Bt brinjal, did not seek permission from the biodiversity authority before accessing local varieties of brinjal.

“Biological resources are researched for public good. Once ready for commercialisation, the lengthy process of seeking approvals can be initiated,” argues the ICAR scientist.

Time to amend the law

“The thin line that divides non-commercial research and commercially motivated activities is fast diminishing in the new generation of increasing public-private research,” says Shalini Bhutani, lawyer-researcher who works on issues related to agriculture and biodiversity.

Public institutions like ICAR, Indian Agricultural Research Institutes and state agricultural universities are working on over 50 GM crops. They use germplasm from various sources, which include local varieties already available with the institute.

With the focus of GM research shifting towards commercialisation, there is an urgent need to amend BDA for biodiversity safety. Many biotechnology research projects in India today are done with foreign collaboration. These should either be approved by the Central government or conform to its guidelines. “Most GM research is for commercial purpose. The developer has intellectual property aspirations over the product. If the product is commercialised by an Indian, SBB or NBA simply needs to be intimated,” says Bhutani.

The biodiversity Act makes a distinction between Indian and non-Indian “person”. While the former is within SBB’s jurisdiction, the latter comes under the NBA. “But drawing jurisdictions does not mean that NBA has to operate within water-tight compartments,” says M K Ramesh, professor of law at National Law School of India University, Bengaluru. “This is merely for administrative convenience and does not mean that NBA has nothing do with the approvals for Indians.”

Under the Act, public institutions established in India and not collaborating with a foreign institution do not need permission to access Indian biological material, says leading environment lawyer Sunita K Sreedharan. “But clearance from Genetic Engineering Appraisal Committee is required if the biological material involves genetic modification,” she says. India also does not have a law that specifies who owns genetic resources, say Bhutani. “With no legal status of the genetic resources, there is confusion over whom the permission should be taken from,” she adds.

Sreedharan says, “BDA governs access to biological resources occurring in India. It was passed to give effect to the Convention of Biological Diversity (CBD). India is a signatory to it. CBD affirms that the state has the sovereign right over its biological resources.”

But NBA cannot be a helpless bystander. According to BDA, it has the power to issue guidelines for accessing biological resources. The authority has to take a stand when institutions meddle with any life or life forms. Such meddling leads to change in biodiversity and it is NBA’s mandate to conserve it. It also has the power to oppose the grant of intellectual property rights to a foreign nation on a biological resource obtained from India.

With research on genetic manipulation of biological resources increasing by the day, it is essential that the authorities turn vigilant. “Most of the times Biodiversity Management Committees (BMCs) that work at panchayat level are not told whether the resources are being used for research or for commercialisation,” says V S Vijayan, chairperson of former Kerala Biodiversity Board. At present, BMCs are working effectively in just a handful of states like Karnataka, Kerala, Maharashtra and West Bengal. During his tenure, Vijayan had met state biodiversity boards and sent proposals to the environment ministry to amend the biodiversity Act, but to no avail.