Extreme weather and changing geography threatened food security and livelihood in Africa and Asia this year. Digitising agriculture has become a necessity to battle climate change and protect the vulnerable lot 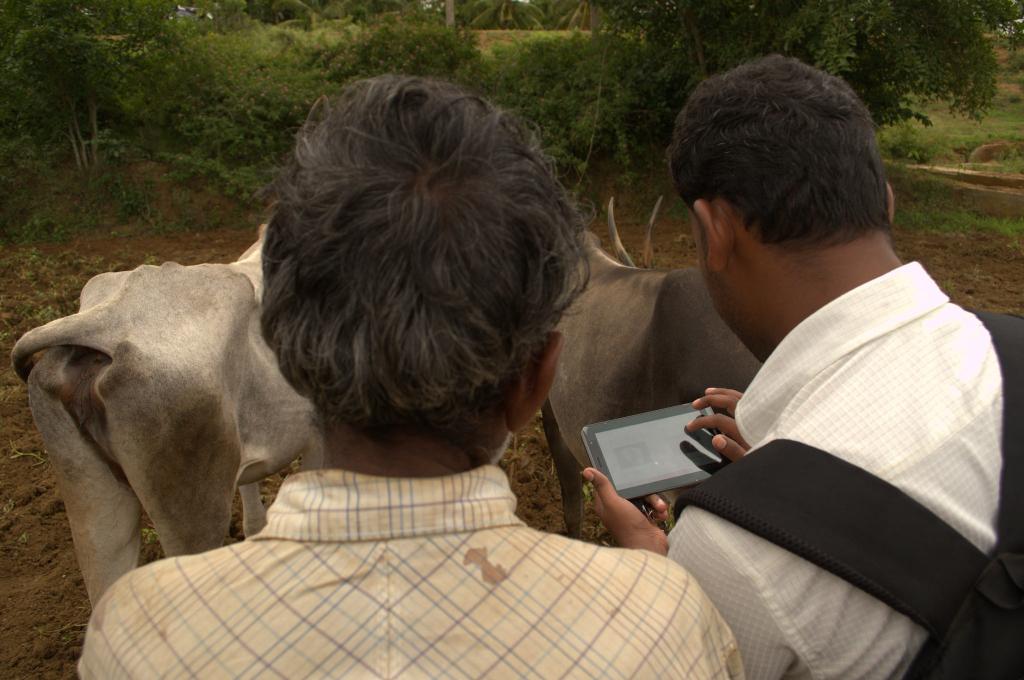 Over 2.2 billion people in the world—or over 30 per cent of its population—earn their livelihood by farming small plots of land. The food produced by these farmers feeds most of the world. Smallholder farmer community forms majority of the world’s poorest people, and half of all food-insecure households globally.

The increased availability of mobile connections—6.8 billion connections in a world of a little over 7 billion people—has created an opportunity to deliver information services to them. “Having access to the right information at the right time has an enormous bearing on the livelihoods of resource-poor smallholder farmers by allowing them to make informed decisions,” articulates a 2015 report by Food and Agriculture Organization of United Nations (FAO). 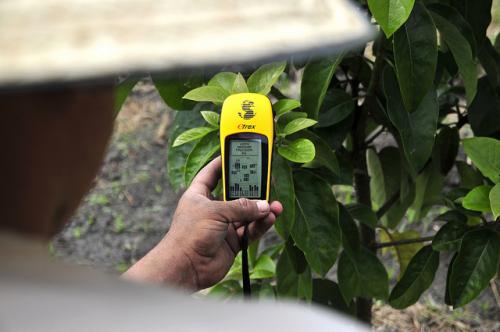 The initiative to integrate information and communications technology (ICT) with agriculture began at the World Summit on the Information Society, which was held in two phases—first in 2003 and second in 2005. The summit led to launch of an e-agriculture community in 2007, with FAO and IFAD among its founding partners. Since its launch, the community has touched over 12,000 members from 170 countries, enabling collaborations.

E-agriculture projects have begun in many countries across the world, especially in Asia and Africa, home to a large part of world’s smallholder farmers. However, most of these projects have not moved beyond the pilot stage. In a bid to facilitate countries to form national and regional strategies for digitisation of agriculture, the FAO along with the International Telecommunication Union, released a framework to guide formulation of national plans this year. The organisation offers technical assistance in the design, development and implementation of sustainable ICT solutions to address some of the key challenges in agriculture. The strategy guide was also customised for Bhutan and Sri Lanka in 2015.

But why is the progress slow? “E-agriculture is a multi-stakeholder process that involves bringing together many different ministries and departments as well as private sector players such as insurance, banking and mobile network operators. Countries have been experimenting with the use of technology for agriculture for a long time, however due to a lack of multi-stakeholder based approach in sustaining these initiatives, we see that many of these initiatives/solutions haven’t moved from the pilot or experimenting phase,” says Gerard Sylvester, regional knowledge and information management officer, FAO.

Even though there are no specific ICT-for-agriculture policies in many countries, e-agriculture strategy initiatives have been or are being put in place in countries such as Côte d’Ivoire, Ghana, Mali and Rwanda, and in regions such as the Caribbean.

FAO, that has 194 countries as its members, is working to to scale up successful Digital Value Added Services together with our strategic partners and facilitate social entrepreneurship and relation with local governments.

In India, Union agriculture minister Radha Mohan Singh, most recently on December 15 emphasised on increasing use of cutting-edge technologies to address challenges of unknown biotic stress in crops/animals due to climate change during a consultative meeting. 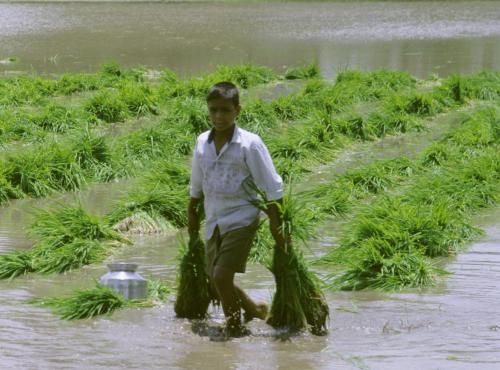 Climate change adds on to the challenges facing agriculture and its largest group of stakeholders. Changing geography, including desertification and increased frequency of extreme weather events like drought, unseasonal rain have already started pushing smallholder farmers to the brink.

Regardless of their contribution to climate change, smallholder farmers will be the most vulnerable to its consequences. Without measures to help their agricultural sectors adapt to climate change, countries in Africa will face average crop losses between 10-50 per cent, as per an estimate.

Thus, as Gerard Sylvester puts it, with challenges of climate vagaries, the use of ICT in agriculture is not an option it is a must. “E-agriculture holds great promise to improve the lives of smallholder farmers,” he adds.

The size of the potential e-agriculture sector is huge. E-agriculture provides the opportunity to many non-traditional players to be involved in the agriculture value chain. Newer revenue models and better and more efficient systems could be built using the data generated by connected systems.

'Paying for digitising agriculture is not mainstream yet' 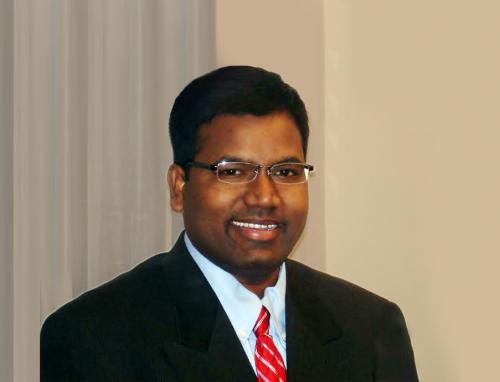 Why do you think is e-agriculture important?

The world will need 50-70 per cent more food by 2050. Thus, the main challenge we face today is how to produce more food. A way to do that is to make the world’s 500 million smallholder farmers more productive and efficient. ICT is crucial for this to happen.

Tell us more about SourceTrace and its work?

SourceTrace is a for-profit social enterprise that provides ICT solutions to a base of clients. Our services include farmer profiling, digitising certification, geo-positioning, geo-fencing, real-time data collection, crop information, among others. We have 60-70 clients across 15 countries. As per our estimate, around 300,000 farmers, involved with our clients, have benefitted from our ICT services.

How can digitisation of agriculture benefit smallholder farmers?

We can now dissipate information directly to the farmers, giving them the power of information and facilitating decision-making. It brings transparency in agricultural supply chains, removing the huge inequality that exists and guaranteeing adequate income to the farmers, who are generally at the losing end of the chart.

Another way in which digitisation will benefit smallholder farmers is by providing reliable data for research and policy-making, and the fill the current information gap. Better data will allow government as well as non-government organisations to design farmer-friendly policies and planned interventions.

What is your biggest challenge in this sector?

The smallholder farmers function as individual units, which deprives them of bargaining power and access to credit, storage facilities and other benefits. They are economically deprived.

Another challenge is that paying for digitisation of agriculture is not a mainstream thought as yet.