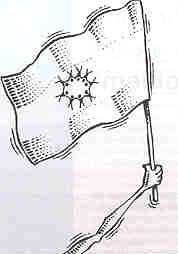 BASICALLY the term sivadcshi covers all aspects of national development - social, political, cultural, economic, international, science and technology and education. Developmental models based on indigenous cultural ethos and national resources in terms of humanpower and natural resources which preserves national interests, Could be defined as the "swadeshi approach". It could be a refined version of Kautilya's Arthashastra or Pandit Deendayal Upadhvaya's Integral Humanism in detail. Here, only one aspect of sivadeshi - economic development based on Indian cultural ethos - is discussed.

Till the end of the '70s, many believed that communism or regulatory mechanism would solve all basic economic problems. India also adopted the socialistic pattern of society and incorporated the notion into the Indian Constitution as if it was the permanent strategy for economic development evolved by national consensus. But around one third of our population still live below the poverty line according to official estimates. In the case of 90 per cent of them, poverty revolves around the same family tree generation after generation. Socialism, which believes in an egalitarian society, has ended tip creating "socioeconomic dualism" instead.

After communism's collapse, it was replaced by market mechanism, without realising the latter's limitations. If regulatorv mechanism believes in class conflict, market mechanism induces exploitation of one country by the other.

Hence, both regulatory mechanism and market mechanism arc alien to our cultural ethos which believes in class- cooperatio n and people's welfare. Unless and until we succeed in national reconstruction, which includes all-round economic progress, cultural renaissance remains hollow.

Currently, the country is plagued by two major economic problems: internally - poverty, which can be tackled through accelerating job opportunities; externally - we are in a debt-trap and a balance-of-payments crisis. To tackle the problem, export earnings should be provided a boost, but not through the limited organised sector alone.

The organised sector's products by and large imitate products of the international market. To be competitive in terms of quality and price, Indian industry has to get upgraded technologically, which is impossible in the near future, To begin with, the handicrafts industry should be encouraged and artisans should get a fair share in the price these products command in the market.

Although agriculture's share in the GDP has reduced from 66 per cent to 33 per cent over the last four decades, there has not been a proportionate fall in the percentage share of population depending on agriculture. Agro-related industries should be promoted in villages. For instance, scientific storage facilities in villages not only help farmers to store fruits and vegetables, they also create additional job opportunities. Similarly, effort should be made to provide health care, education, entertainment, and infrastructures in the villages, so that with all basic amenities, there is no migration to cities.

For a stable development of the country, proper care should be taken to focus attention on the needs and amenities of women and the tribal peoples. Balanced growth also demands sustainable use of natural resources.

Today, vested interests try to distort the meaning of globalisation and suggest prescriptions to make developing countries subordinate to the industrialised countries. In fact, this is the trap laid in the form of the us Omnibus Act, Dunkel Proposals and the International Monetary Fund-World bank prescriptions.

It is in the nation's interest to welcome foreign capital and technology to strengthen the weaker sectors like energy conservation, pollution control, coal and washery, to name a few. For financial assistance from international institutions, efforts should be made to approach non-resident Indians to tap their resources, as well as talents.

To sum up, the "swadeshi approach to economic developments" is dependence on age-old native craftsmanship and the rural sector to tackle poverty and external debt, protect national interests in the context of international economic relations and above all, get inspiration from our own cultural ethos to evolve developmental strategy. Essentially, the two faces of swadeshi are swablimian (self-respect) and swavalamban (self-reliance).