Once called lords of the jungle, the Chhattisgarh tribals are being evicted without adequate relief 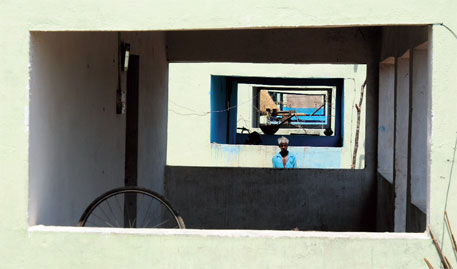 In the monsoon of 2009, Rittu Baiga, along with 245 other families, made his way out of the Achanakmar tiger reserve, soon after it was notified under Project Tiger. To give more room to the tiger, the forest department facilitated their exit from the Bilaspur forest division in Chhattisgarh.

For a year they lived in temporary huts outside the reserve until concrete colonies were erected. Three years later, the 7.5-centimetre-thick concrete roofs leak, the undulating forestland families received as compensation yield little crop, and the ceiling fans in Rittu’s house are ornamental without electricity connection. They are yet to get land titles for the farm and homestead plots they received as part of the compensation package.

But Rittu remains unaware of the raw deal. Under the Project Tiger, when a sanctuary is notified a tiger reserve by the National Tiger Conservation Authority (NTCA), each family is relocated outside the core area and is entitled to a compensation of Rs 10 lakh. They can have the compensation in cash or as developed land and housing plus a cash allowance. The six villages relocated from Achanakmar received a paltry sum of Rs 50,000 per family. The forest department says it spent the remaining Rs 9.5 lakh per family, in building concrete homes, preparing the two hectare land given to each family for agriculture, constructing roads and providing water and electricity. Rittu was never asked whether he wants the cash option or developed land and houses.

The department relocated him in forestland that essentially came free of cost. “Were the families settled in revenue land, they would have had better access to development programmes like employment guarantee schemes. The forest department misused the relocation money,” alleges Rashmi Dwivedi of non-profit Baiga Mahapanchayat. “The Baiga needs access to forests more than electricity, roads or piped water.”

The housing colonies, neat concrete boxes stacked next to each other, are in sharp contrast to the otherwise bustling forest villages. Framed against the walls, 50-year-old Rittu looks lost. He spent Rs 30,000 of the compensation money on tractors to level his farmland and got a yield just enough for four months. He is displaced to a denuded area where his forest-based livelihood is not available. Earlier, he would collect sal leaves used for making plates, tendu leaves used to roll bidis and bamboo for making household utensils. Selling these was the source of cash, while paddy, maize and millet plots in the jungle ensured food year round. 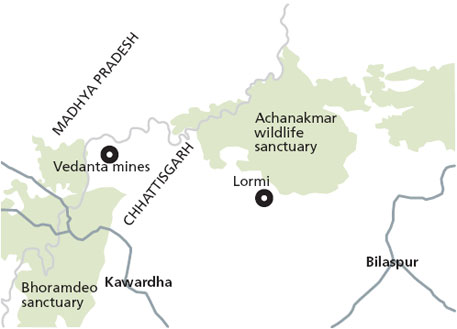 The Baiga and his bewar

Once a semi-nomadic tribe and now numbering about 400,000, the Baiga lived on the Maikal Hill ranges running along the border of Chhattisgarh and Madhya Pradesh. They practiced bewar or slash and burn cultivation with a belief that tilling the soil with a plough is akin to scratching the breast of mother Earth. They would clear a patch of forest, burn it, and on the fertile ashes sow 16 varieties of seed, mostly minor millets—an enviable diversity of native crops. After three crop cycles, the plot was left to grow back into a forest while the family moved to another patch. 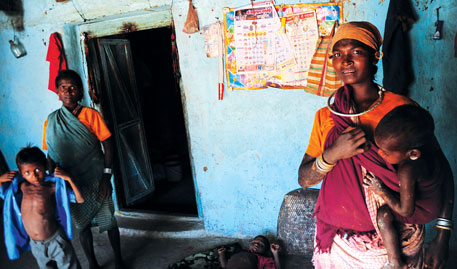 In 1890 the colonial British administration prohibited bewar in all forest barring a few villages in the Maikal Hills. The argument was slash and burn cultivation led to depleting of forests. “In areas where bewar was permitted the forests are still dense whereas they have vanished in areas where shifting cultivation was banned,” says Naresh Biswas, author of Bewar Swaraj that deals with traditional farm practices of the Baiga.

Dongru Baiga was so named as he was born in a dongar, a patch of land where bewar is practised. After the forest department took up commercial plantation inside the forest in the late 1970s and stopped the residents from doing bewar, Dongru’s family moved out of Ghameri village in the core area of Achanakmar along with 55 other families in search of cultivable land. They settled on the forest fringes but the department demolished their houses for 12 times—between 1979 and 2001—asking them to go back to deep forests. After Achanakmar was declared a tiger reserve, the department asked them to relocate, this time further away from the forest. But having seen the state of relocated families, Dongru is reluctant to budge.

Unlike Ghameri which stood its ground, most villages gave in. Baiga Mahapanchayat claims to have resettled 390 villages in the past 20 years. These villages were evicted from the forests of Kabirdham and Bilaspur for mining, tiger conservation and tourism. Many moved out due to oppression by the forest department and banning of bewar. 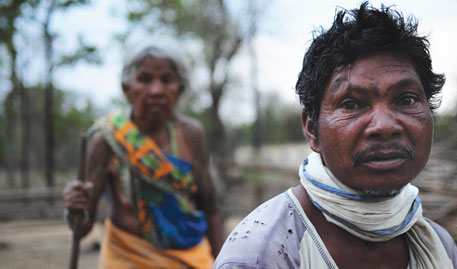 Dongru spoke of mangiya, a variety of finger millet known for its use after childbirth. Its high iron and calcium content helps mothers in quick recovery, so they could be in the fields three days after delivery. The millet is no longer grown and the youngsters around know nothing about it. With bewar, the Baiga lost its native crop diversity. The Baiga, once known as the “lord of the jungle”, has been reduced to its official designation—one among the 72 “primitive” tribal groups in India.

Little or no compensation

Adjoining the Bilaspur forest division is Bhoramdeo sanctuary in Kabirdham. The sanctuary falls in the wildlife corridor connecting the Kanha tiger reserve in Madhya Pradesh with Achanakmar. In early 2003, nine villages were displaced from the sanctuary. They now live on encroached forestland outside the sanctuary. None of the families were compensated monetarily or with cultivable land, though verbal promises were made.

“The forest department threatened they will let loose wild animals and book us in animal poaching cases. They demolished our huts and took away food grains,” says Karan Baiga, now an illegal encroacher. Vishwesh Roy, divisional forest officer of Kabirdham, says, “Since the corridor is not recognised by NTCA there are no funds for relocation. We only requested the villagers to move outside the sanctuary where they can have better facilities.” The department applied to NTCA for recognising Bhoramdeo as a tiger corridor in March 2012. Increasing pressure of tourism in Kanha forces tigers to migrate to Bhoramdeo, especially during pregnancy. The bauxite mines of Vedanta on the corridor add to the disturbance, Roy adds. 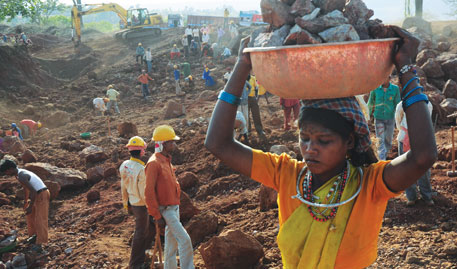 Vedanta’s BALCO bauxite mines began operations in Bodai Daldali hills of Kabirdham in 2003. The project officially displaced 261 families and an unestimated number were made to evacuate their hilltop villages since they did not have land titles. In 2007 and 2009 Vedanta proposed a fourfold expansion of the mines. It was rejected by the expert appraisal committee of the Union environment ministry on grounds of shoddy relief and rehabilitation. Till then only 72 families had received compensation. In March 2010, approval for expansion was granted even though 79 families (going by official records) were yet to be rehabilitated.

A winding road, which offers majestic views of the Maikal Hills and the surrounding forest, leads to the hilltop of Daldali mines. Long lines of truck loaded with bauxite lead to Vedanta’s Korba plant in Chhattisgarh. On the way to the mines, Down To Earth found security guards loading felled trees onto a truck. Between 2003 and 2011, Bilaspur and Kabirdham districts lost 4,600 ha of forest cover, according to the Forest Survey of India. During this period, Chhattisgarh lost 32,400 ha of forest cover. 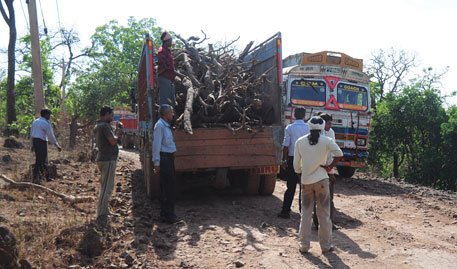 Of the 261 families listed in Vedanta’s records, the company claimed to have rehabilitated 182 families by 2010. Those with land titles were given Rs 1 lakh per acre (0.4 ha) and 405 sq metres for building houses. Those without land records were simply thrown out by paying a token amount. Dev Singh Baiga is one of them. Vedanta paid him a paltry Rs 4,000 and he settled in Indrapani by occupying forestland. Bigro Bai, a tribal woman was cheated of the Rs 5 lakh compensation by middlemen working for Vedanta. “I got the cheque. They took me to a bank but did not get the money,” she says. Down To Earth contacted the head of mines for BALCO, corporate social responsibility manager and the public relations officer for details on the current status of rehabilitation. None were willing to speak.

While travelling for the story, this correspondent saw light bulbs in Baiga houses remained illuminated even during the daytime. They are yet to comprehend the fact that the bulb needs to be switched on and off. When asked about electricity bill, a resident explained: “How can we pay for light? The sun sets because nature wants us to retire.”