The city finally wakes up to waste management, but bumbles into incineration plants 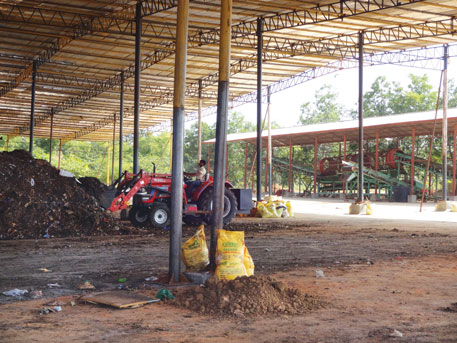 BENGALURU CITY'S long drawn battle with the municipal corporation for effective waste management is finally showing results. Just six months after the last major protests by Mandur residents against a landfill, Bruhat Bengaluru Mahanagara Palike (BBMP) has formulated new contracts to ensure segregated garbage does not get mixed during transportation and increased awareness regarding waste segregation at source. The municipal body has also got its 175 dry-waste centres running, each on an average managing 400 kg of waste per day, and set up six of the 16 biomethanisation plants procured for converting wet waste into biogas.

As a result, the residents of Mavallipura village, which had brought BBMP to its knees in 2012 when it closed its landfill, have accepted the reopening of the landfill for composting wet waste.

With everything going its way, BBMP now plans to set up six waste-incineration plants with a combined capacity to process 1,600 tonnes of waste. But BBMP has missed two fundamental points—the city does not need the plants and they are not allowed by law. The corporation has already awarded 4 hectares at Giddenhalli village to Essel Group to set up a unit for processing 600 tonnes of mixed waste to produce 8 MW of electricity daily. The contract for a second plant, being set up as a joint venture by Swiss multinational Satarem Enterprises Private Limited and local company Shivram Associates, will process 1,000 tonnes of garbage and produce 14.5 MW of power.

The projects violate a plethora of legal provisions and court orders in the area of municipal solid waste management. Municipal Solid Waste (MSW) Rules, notified in 2000, clearly state that waste will be processed through composting and recycling, and incineration will be allowed only after the Central Pollution Control Board (CPCB) has laid down standards. The 2004 Dhaka Recommendations on solid waste management in SAARC countries, led by India, also stated incineration should not be considered an option.

In 2013-14, the Karnataka High Court, hearing a public interest petition on the city’s compliance with MSW rules, asked BBMP solid waste management expert committee’s (SWMEC) opinion on incineration technologies and later asked it to prepare a plan for the city’ waste management. In both documents, SWMEC has explicitly rejected incineration as a strategy, following which BBMP was asked by court to comply with the orders. The decision to allow the use of mixed waste at the incineration plants also goes against a May 2014 report by the Planning Commission’s Task Force on Waste to Energy. The report states that only non-biodegradable waste can be incinerated. 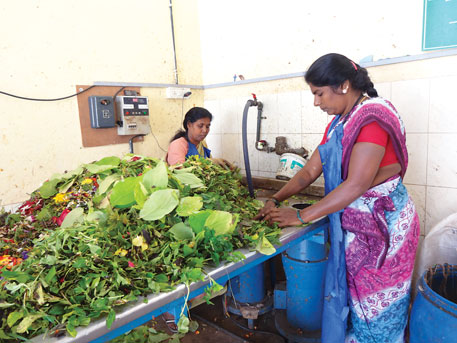 BBMP insiders say state energy minister D K Shivkumar is backing Satarem, and the move is being justified on the ground that the plan was conceived in 2011, much before the 2014 high court order.

Meanwhile, BBMP has agreed to pay an inordinately high tipping fee of Rs 279 per tonne of garbage to Essel, while Satarem is to be paid Rs 253. BBMP had earlier turned down an offer for a fee of Rs 253 by Essel. This fee is also higher than what other garbage processors are being paid, the highest being Rs 171 to MSGP, which is running a composting and material extraction plant at the Dodaballapura dump.

BBMP officials are not willing to explain the rationale behind this high tipping fee. When Down To Earth contacted Joint Commissioner (health and solid waste management) Yathish Kumar, he evaded the issue, while M R Venkatesh, chief engineer, solid waste management, said the fee was high because the contracts were new.

Both projects are facing stiff public opposition. On November 29, 2014, Gorur village in Ramnagara district, the site for the Satarem project, erupted in protest when revenue department officials, backed by thr police, came to survey the land. Venkatesh told Down To Earth that Essel’s plant is facing similar opposition.

Bengaluru does not need this technology. If segregation and recycling is implemented effectively, composting and recycling of the entire volume of garbage will be possible. At present, the city has a processing capacity of about 2,000 tonnes, which meets close to half of its requirements, estimates SWMEC member N S Ramakanth. Experts say the capacity can be increased. “The capacity of the Mavallipura and Mandur dumps can be enhanced if BBMP cleans them up and creates some space for processing,” says SWMEC member H C Sharatchandra. The high court had ordered BBMP to clean up the Mavallipura dump way back in 2012, but till date even the process of covering up the garbage with soil has not been completed.

Once the new garbage collection contracts are issued, the volume of non-biodegradable waste available for incineration will also reduce. “The disposal of non-biodegradable waste will be left to the communities who will manage it through the city’s 175 dry-waste collection centres. This will reduce the volume of dry and mixed waste,” Ramakanth says, adding that the terms for the new contracts are final, and new tenders will be invited within 15 days. In such a scenario, the city will not have enough dry waste for the proposed incineration plants.

Waste-to-energy projects are also not considered viable for India because the garbage, comprising large amounts of wet waste, is of low calorific value. Bengaluru, in fact, has such a case under its nose. Srinivas Gayathri Resource Recovery Limited, which bagged a contract to process 900 tonnes of waste at the Mandur landfill, did not set up its plant properly. Instead it appropriated huge amounts of processing charges and raised a Rs 90-crore loan by mortgaging the government land allotted to it before its contract was finally cancelled last year.

Incineration technologies have a high potential for pollution. Burning chlorinated plastics such as pvc releases toxic dioxins and flurons into the atmosphere. Sharatchandra says monitoring these toxins is expensive, and no pollution control board in the country is equipped to do it. “Unless CPCB sets standards, and all state pollution control boards are ready, nothing can justify going ahead with incineration plants.”

Besides, there are fears over the design of the proposed incineration plants. A Satarem official says that its technology involves temperatures ranging from 2500C to 1,1000C, which is not enough. “The temperature at which garbage is incinerated should be at least 1,6000C to ensure environment safety,” says Sharatchandra, adding that SWMEC has not received the plant designs. Experts believe that instead of obsessing over incinerators, BBMP should invest in composting.