Two legislations on plant genetic resources have been proposed. But who benefits? 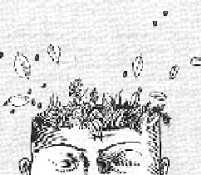 INTELLECTUAL property rights (IPRs) may soon lay claim to and govern the formally codified genetic resources of India. Unfortunately, very few rights and privileges are likely to be created to protect the centuries-deep informal knowledge people have about biological resources.

The former seeks to give plant breeders exclusive commercial rights to any variety that they develop through germplasm; the latter seeks to conserve biodiversity using the traditional knowledge of biomaterials, for which the local communities are to be adequately compensated. A draft legislation to be presented in Parliament has already been prepared for PVB, but in the case of BDCB only key elements have been identified for finalising a comprehensive act for Cabinet approval.

Critics doubt whether these legislations, which stem from the Uruguay Round of the General Agreement on Tariffs and Trade (GATT) and the Convention on Biodiversity, will actually vest rights with people and safeguard their interests.

The controversy has already got the agriculture minister, Balram Jakhar, campaigning to allay fears that PVB will not fully protect farmers' traditional rights to retain, save, exchange and sell seeds, since it confers exclusive selling rights on plant breeders. "The farmers' rights are fully protected by the proposed act," Jakhar told Down To Earth. And environment minister Kamal Nath says, "Our act will reward local communities for utilising their resources, knowledge and skills."


The ministers are, however, in a predicament. Nath faces opposition from the bureaucracy over recognising people's rights. And Jakhar is drawing flak from the Opposition and farmers for not clearly defining farmers' rights and privileges. Besides, plant breeders -- who stand to gain most from PVB -- want exemptions to farmers and researchers to be further curtailed.

The two ministries might be working at cross-purposes. If a stringent plant breeders' rights legislation that restricts farmers' rights comes first, it might limit the scope of BDCB. Suman Sahay of Gene Campaign fears that the "bill of the agriculture ministry will be presented as a fait accompli, tying the hands of the environment ministry in recognising people's rights." The eagerness of the government to rush ahead with PVB even before the stamp is put on GATT, and its reluctance to make the most of the grace period allowed for framing its own sui generis system, has raised doubts about its intent. Says George Fernandes, Opposition member of Parliament, "The bill is a ploy to silence the Opposition's criticism of the government's sellout of farmers' interest in the Uruguay Round of talks."

The PVB has also been flayed because rights created for farmers and exemptions granted have been circumscribed by other clauses (See Box). Clause 22 on farmers' and community rights states that in recognition of the contribution of "rural communities in the development, on-farm innovation, enrichment and conservation of plant genetic resources", the breeder will have to provide rewards and/or compensation to rural communities. Farmers still have their traditional rights to save, use, exchange, share and sell propagating material or seed from their harvest. "But this is subject to the discretionary powers of the government," says Rajiv Dhawan, a member of the National Working Group on Patents. The draft clearly states that the National Plant Variety Protection Authority (NPVPA), if deemed appropriate, may require the breeder to provide for rewards.

Besides, Clause 7 makes the National Gene Bank the keeper of germplasm "in trust of the Indian farmers". In one sweeping clause, the government usurps all rights over genetic resources in the country by allowing the National Gene Bank of the National Bureau of Plant Genetic Resources (NBPGR) to "exercise rights on germplasm" on its behalf. Moreover, the bank is empowered to "settle terms and conditions for exchange of germplasm with other countries or agencies". Farmers will not receive even a paisa. The money will go to institutions like NBPGR "for collecting, evaluating, upgrading, conserving and utilising the genetic resources for the ultimate benefit of Indian farmers".

Noted agricultural scientist M S Swaminathan says that PVB should provide for a Community Gene Fund, for which at least 5 per cent of the total sales of the seed business in India should be set aside. This trust, which should be administered by an autonomous trust with the active involvement of the gram sabha, should be used to strengthen the germplasm conservation efforts of the community.


PVB has circumscribed farmers' "traditional rights to use, save, exchange, share and sell seeds from his harvest", taking away with the left hand what it gives with the right. Although the farmer retains this right, it does not extend to the sale of branded seeds or protected material. The bill further restricts this to "non-commercial sale".

Says Sahay, "This traditional right to sell should also include commercial sales. They are defining traditional sales as 'over-the-fence-sales' -- selling to neighbours and so on. But the bulk of the Indian seed trade is through farmers' exchanges at a market price. How can this be non-commercial?" V L Chopra, director-general of the Indian Council of Agricultural Research, confirms that farmers themselves conduct 89 per cent of the seed trade.

On its part, the Seed Association of India -- an association of big seed firms in India -- objected to the farmers' right to "sell". Says R S Arora, managing director, Century Seeds Pvt Ltd, "The very purpose of plant variety protection would be defeated if farmers start selling protected varieties of seeds."

But critics believe that if breeders succeed, it will be disastrous for Indian agriculture. Usha Menon of the National Institute of Science and Technological Development Studies claims that in Punjab and Haryana, shifts from harvested seeds to a new variety is as low as 1.2 per cent a year. Yet the productivity of their agriculture is high because of massive "invisible" farmer-to-farmer seed exchanges.

The two ministries are already finding it difficult to harmonise the two bills. Ministerial sources say MEF has objected to the discretionary power of the proposed NPVPA in deciding compensations and rewards and allowing NBPGR to decide the terms of exchange of germplasm with other countries and for being in sole charge of classifying germplasm. Says an MEF official, "We are aiming at a decentralised system of collection, certification and classification of germplasm. We want broad-based bodies to deal with the exchange of germplasm."

But even MEF does not expect its own biodiversity bill to pass unhindered. Forest officials across the country are reluctant to recognise more people's rights. "The proposed bill would require the amendment of acts like the Wildlife Act. Besides, you can compensate only for a right that you recognise," says an MEF official. Although foresters are ready to support the bill "to make the North pay for the intrinsic value of the traditional knowledge of biomaterials", they are not ready to share this with the community, says a senior MEF official.

However, Nath says, "We have always recognised the link between village communities and biomaterial. Should there be any need for legal provisions, it will be done." According to Nath, MEF's biodiversity bill will provide for rewarding people's knowledge.


Some believe Nath will not be able to carry this through on legal grounds. The Centre for Environmental Law has advised MEF against the inclusion of provisions on people's knowledge because community knowledge is not a legal entity. It also says that an overarching act on biodiversity will infringe upon the powers of state governments. It wants the Biodiversity Bill to focus only on conservation.

There is a danger of PVB being used as a conduit to transfer genetic raw materials abroad. The act gives the government the right to transfer PGR to foreign countries without specifying conditions that must be complied with for reciprocal access to PGR. These conditions could be specified in the rules that will be framed after the bill is accepted by Parliament, but critics prefer their inclusion in the bill itself.