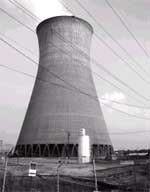 us coal plants are winning the right to burn dirtier, with the administration subsidising the mineral and insisting it can be a 'clean fuel'. "If we weren't blessed with this natural resource, we would face even greater (energy) shortages and higher prices today," said us president George W Bush, while announcing his National Energy Policy on May 17, 2001. Coal is the country's largest energy source currently, generating 52 per cent of its electricity. The government proposed to set up more than 100 new coal-fired power plants in early 2005; it predicts a 25 per cent increase in the amount of coal-fired energy by 2025.

This stance spells doom. "Even if just 72 new plants are built in the us, the country will wipe out half the progress the rest of the world makes to combat global warming through the Kyoto Protocol," Dave Hamilton, director of global warming and energy programme at the Sierra Club, a us -based non-governmental organisation , was quoted as saying by the Washington Post . On average, a typical coal-fired plant generates 3,700,000 tonnes carbon dioxide (the key greenhouse gas implicated in global warming) annually, causing damage equal to cutting down 161 million trees. It also emits 10,000 tonnes of sulphur dioxide, 10,200 tonnes of ozone-forming and lung-inflaming nitrogen oxide, 77.1 kilogramme (kg) mercury and 102.1 kg arsenic.

The us Bureau of Mines itself admits that coal mining has contaminated over 19,312.1 kilometres of us streams and rivers. Why, then, is the us administration pushing for coal? Oil. The us imports 53 per cent of its oil and analysts predict its price could soon top us $100 a barrel. In contrast, coal is cheap and abundant in the country.

As mere lip service, the us administration admits that coal presents an environmental challenge. So it funds research into clean technologies. But there's a catch: The money doesn't go to wind or solar power. It goes directly to....coal. The administration argues that technological advances have made it possible to drastically reduce coal's emissions. But the bulk of the us $250 million a year it hands out in "clean-coal" subsidies don't ensure reduction of harmful emissions. Most are aimed at making companies develop technologies to cut only sulphur dioxide and nitrogen oxide emissions. Even the General Accounting Office, the independent research arm of the us Congress, has repeatedly found that the Clean Coal Technology Programme is wasteful and mismanaged.

Thus, the us earns more money from its dirty energy source and the world gets warmer.