Boosting industry will tax resources base

Budgetary provisions aimed at giving a fillip to industry, will add to the burden on the country's resources.

Boosting industry will tax resources base 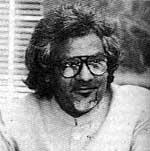 Proposals to promote industrialisation in ecologically fragile but genetically rich areas such as the Himalayan states and the island territories have drawn equal flak from both environmentalists and environment and forest ministry officials, who say they will take the issue up with the Planning Commission. The five-year tax holiday lure for industrial investment applies to industrially backward areas such as the northeastern states, Jammu and Kashmir, Goa, Lakshadweep and the Andaman and Nicobar islands.

The apprehension is that this measure could encourage industries that are harmful to the environment. A senior MEF official warns, "If the government is serious about national and international commitments, this provision should not be pushed.

"But industry spokespersons point out that adequate environmental safeguards already exist under the acts relating to forest conservation and environment protection. And Nyati of CII assures, "Industry in these states will take advantage of the assimilative ability of the local environments."

Says S K Gupta of Envirotech Instruments, which manufactures pollution control equipment, "The enforcement system in the country is still too weak to make an impact." Jaswant Singh of the Bharatiya Janata Party, agrees and adds, "Pollution control boards in the states just do not work."

CII's Nyati explained, "The effect of this measure will be felt most in the power and mining sectors. Tax benefits should also be available for equipment for waste abatement and resource recovery."

An MEF official went one step further, saying, "It is not good enough to give incentives for cleaning up the mess. It is the energy and production efficiency of the technology that should get concessions and incentives."

Uncertainty also exists over the impact of fiscal measures proposed in the budget on forest resources. The budget offers fiscal incentives for forest protection by reducing the excise duty on plywood from 34.5 per cent to 20 per cent.

Inspector general of forests A K Mukherji supports using non-conventional woods because they are a renewable resource. Says Mukherji, "We need a certain proportion of land under total protection for biodiversity conservation. The rest of the forest area can be harvested sustainably."