The powers that be are hanging fire on Bt cotton despite long and intensive research. Indira Khurana delves into the baffling issue 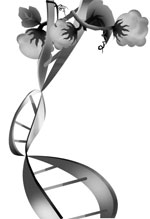 THE Union government was fiddling, till the Bt cotton tangle became a burning issue. Even now — having dithered for five years and subjecting it to 400-odd field trials — the authorities have only set a tentative February 2002 deadline to decide on Bt cotton’s fate in India.

The wake-up call came in October 2001, when the Genetic Engineering Approval Committee (GEAC) — the panel that clears genetically modified (GM) products — discovered that Ahmedabad-based Navbharat Seeds Limited had sold transgenic cotton seeds on the sly to farmers in Gujarat. Commercial cultivation of genetically modified crops is as yet an illegal act in India.

The Centre asked the state government to procure and destroy the Bt cotton crop that had been cultivated on 4050 hectares (ha) of land. But over a month elapsed, with the Union and state governments eyeball to eyeball over who would foot the bill. Last heard, the Centre had blinked but fresh complications had arisen over the retrieval of the crop that has already reached the market.

There were also reports of arrest warrants being issued against the officials of Navbharat Seeds and the GM variety of the crop having made its way into Andhra Pradesh.

Genetic manipulation makes plants stronger or more suitable for a particular purpose. In the case of Bt cotton, a gene sequence from Bacillus thuringiensis (Bt) — a common soil bacterium — is inserted into the DNA (deoxyribonucleic acid) of the plant. The modified gene structure releases toxins potent enough to resist one of the most dreaded pests of cotton: the bollworm.

Multinational agribusiness conglomerate Monsanto pioneered Bt cotton in the late 1980s. The objective was to provide constitutive in-plant control of the lepidopteran (caterpillar) pests in an environment-friendly way and at a low cost to boost output. It was launched commercially in the US in 1996 and subsequently in Argentina, China, Mexico and South Africa. By 2000, the GM crop was being grown on approximately 1.62 million ha.

With India having a tragic past where cotton farmers committed suicide in Andhra Pradesh, Karnataka and Punjab after spurious pesticides ruined their crops, Bt cotton would appear the ideal prescription. It is, however, yet to make an entry into the country. Why this inordinate delay?

According to Gujarat agriculture minister P Rupala, it is the pesticides lobby — with a Rs 800-crore business in the state alone — that is influencing the government. Kashiram Rana, Union minister for textiles, too, accuses the pesticides industry of working overtime to keep Bt cotton at bay. Figures make their allegations appear plausible: India is the world’s third largest producer of cotton. And about 50 per cent of the pesticide usage in India is on cotton. Clearly, the stakes are high and a motive is established.

Other reasons are also cited. “The Department of Biotechnology (DBT) and Union ministry of environment and forests (MEF) are unprofessional and lack commitment and transparency,” says Pushpa Bhargava, former director of Centre for Cellular and Molecular Research, Hyderabad. Manu Kulkarni, chairperson of Hope Foundation, a Bangalore-based nongovernmental organisation (NGO), says: “If GEAC means business, it should make all the data it has on Bt cotton public.” P K Ghosh, advisor to DBT and member of GEAC, blames this lack of transparency on a public interest litigation (PIL) filed in the Supreme Court by the Research Foundation for Science Technology and Ecology, a Delhi-based NGO. The PIL questions the DBT’s ability to conduct trials on Bt cotton. It is felt that disclosing the results may amount to contempt of court.

Though the GM variety of cotton has several beneficial traits, there are grey areas too (see box: The Bt cotton case in India). Jane Rissler of the Washingtonbased Union of Concerned Scientists fears that the Bt toxin contained by the GM cotton is no different from other chemical pesticides. “It will only cause a temporary reduction of pesticide use (and associated costs),” she avers.

“India is a land of small holdings and there is a fear that only resourcerich farmers will be able to afford these crops. Large-scale cultivation of a few varieties could result in massive losses if a pest or disease attacks these GM crops,” says M S Swaminathan of the M S Swaminathan Research Foundation based in Chennai.

According to Per Pinstrup- Anderson, director general of International Food Policy Research, Washington, “No genetically engineered crop submitted for approval has shown damaging side-effects.” He points out that if the farmers are convinced that GM crops are good for them, the government will find the imposition of a ban a political liability.

“The only adverse effect that I foresee is pests becoming resistant to Bt. Do the critics of GM cotton want farmers to continue polluting the environment with pesticides? The use of Bt cotton in Gujarat was a voluntary act by the farmers. So why complain about it?” says A D Karve, president of the Pune-based Appropriate Rural Technology Institute.

Mindful of the pest resistance risk, scientists have recommended that the non-toxic pest control method — Integrated Pest Management (IPM) —be employed simultaneously. Bt cotton should be woven into the IPM package for better results, they say. Despite the IPM Centre functioning under the Union agriculture ministry for nine years, the compound package is yet to take root in the country.

DBT officials reveal that all trials on Bt cotton have been conducted. Risk assessment studies include the stability of the Cry1A gene (responsible for producing the toxin), absence of terminator gene — which does not allow farmers to sow harvested seeds — in the Bt cotton seeds, presence of the Bt toxin in the seeds, effect on soil microflora, effect of Bt cottonseeds on cows and buffaloes and milk production, on Indian catfish, insect resistance and the socio-economic impact. The GM cotton has been cleared on all accounts. But GEAC sources say that the results for the field trials carried out in 2001 will be known only in December.

Kulkarni sees in the Gujarat crisis a blessing in disguise. The farmers have become aware of the benefits of Bt cotton. Nothing will now convince them that GM crops are harmful, he says. Sure enough, the farmers’ lobby is piling up the pressure to commercialise Bt cotton. And Union agriculture minister Ajit Singh, who had earlier demanded further trials, is pushing for its immediate introduction.

Indian agriculture is beset with problems. Resources are fast depleting and agrochemicals polluting the environment. Pesticide resistance is a serious problem. The country needs to adopt an unambiguous attitude towards agricultural biotechnology. Bt cotton is a key case. Farmers see something that is perhaps beneficial, but out of reach. Any further indecision would only be fodder for the lobbyists. Come February, the government should either introduce the programme. Or nip it in the bud.