New industries set to increase pollution in the area 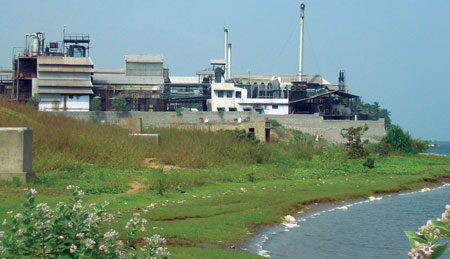 On the night of March 7, a thick pall of smoke enveloped Kudikadu village near Cuddalore. It made people ill; over 120 persons had to be hospitalised after they complained of nausea, giddiness and eye irritation. The white smoke was bromine gas and its source: pharma company Shasun Pharmaceuticals, which abuts the village.

The mishap underscored the perils of living near a chemical industrial hub like Cuddalore. What was more significant was that the incident happened within a month of MoEF lifting its moratorium on expanding or setting up new factories in the town’s SIPCOT (State Industries Promotion Corporation of Tamil Nadu) industrial estate. As in the case of Vapi, the moratorium on Cuddalore was imposed in January 2010. The reason for lifting the moratorium was the initiation of works mentioned in the mitigation action plan the Tamil Nadu PCB submitted to MoEF.

Effluents do not meet norms

The action plan makes it appear that pollution in Cuddalore is well under control, the industries are abiding by the norms, and there is no illegal discharge of pollutants.

The effluent monitoring data of PCB belies the claims. It shows high levels of pollutants in the effluents even at the time when the moratorium was lifted (see ‘Pollutants in outlet effluent’). The data was accessed by the SIPCOT Area Community Environmental Monitoring (SACEM), a community initiative to track pollution in Cuddalore, through Right To Information. The data shows the chemical oxygen demand (COD) and chloride level in effluent were beyond permissible limit.

The industrial estate, spread over 1,080 hectares, has 31 units. Of these, 20 generate effluents, 10 claim to be zero-discharge units, where no liquid waste leaves the premises. The remaining treat the effluent before sending it to the Cuddalore SIPCOT Industries Common Utilities (CUSECS). The utility managed by industries does not treat the effluent but merely mixes the treated effluent of member units, stabilises it at pH 7-7.5, and then releases it in the Bay of Bengal.

SACEM says the industries often illegally discharge untreated effluents into the river. “Of course when the industries get information of an official visit, they stop illegal discharges. But we have documented 15 incidents of illegal discharge of effluents between 2004 and 2009,” says Arul Selvam of SACEM. Shweta Narayan, coordinator with SACEM, says the waste utility has till date been issued five show cause notices by SPCB for flouting pollution norms. Media reports of SACEM’s findings led to the Madras High Court taking suo moto cognisance against industries. The case is still pending.

K Indra Kumar, secretary of Cuddalore SIPCOT industries association says all the effluent treatment plants of industries are performing well. Kumar says measures like zero liquid discharge and use of anaerobic digesters (where microbes are used to treat waste water in the absence of oxygen), for which trial runs were held in February, showed remarkable results. As for the solid and hazardous waste, it is sent to a waste treatment facility in Gummidipoondi in Thiruvallur district, says Kumar. People living in the surrounding area, however, say some of the closed units (there are 23 of them) have stored the waste within the premises. The waste includes chemical sludge, sludge from electrolytic cells, metal plating sludge and polyvinyl chloride lumps.

In the CEPI list released last January, Cuddalore scored 77.45 points (air: 54, water: 65.25, and land: 64). SPCB’s mitigation action plan says with the pollution abatement measures it has proposed, the index score will fall to 54.5. A PCB official says the pollution control measures needed were minor such as filters and anaerobic digesters which the industries have installed. He offered no comments when asked to explain how such small changes could reduce pollution drastically and why these measures were not introduced earlier.

Kumar criticised the Centre’s evaluation: “The CEPI parameters are not proper. For example, the affected population in the area is not as high as shown. The population around SIPCOT is less than 10,000, whereas it was wrongly considered (by CPCB) as 100,000, which increased the CEPI score by 15 points. There are also some errors in the calculations for air, water and land.”

CSE’s analysis shows that the projection in PCB’s mitigation action plan is misleading. Calculations show the aggregate CEPI score may reduce to 72, not 54.5 points as projected by the PCB (see table ‘Tamil Nadu PCB’s projected CEPI score misleading’). This is because like in the case of Vapi, the Cuddalore CEPI evaluation also gives a miss to important factors like presence of major air pollutants (benzene, volcanic organic compounds or VOCs), visible impact of pollution on groundwater and surface water and their impact on people; an estimated 20 villages are affected. An investigation by the National Environmental Engineering Research Institute in January 2011 found Cuddalore’s industries release nearly 28 types of VOCs which are classified as hazardous.

The action plan is also silent on the impact of new industries coming up in SIPCOT phase III. This area will have the Nagarjuna refinery and a textile park with 15 processing units. The refinery under construction will have a captive jetty as well. “This site is hardly 10 km from Pichavaram, a mangrove-rich, eco-sensitive region. The government is not looking at the cumulative impact of these industries on the region,”says S Ramanathan, monitor with SACEM.

The industries have already contaminated groundwater used in irrigation; drinking water is also scarce as there is no municipal water supply. “Our fields are dry and look at the trees,” says Kuppu Raj, chief of Kudikadu village, while pointing at some shrivelled coconut trees. The going may become tougher once the new industries become operational.

The CSE study proves that MoEF was in a hurry to remove the critically polluted tag of Vapi and Cuddalore. Instead of applying a strict monitoring regime to assess pollution, it relied on promises made on paper to lift the moratorium. The ministry, in fact, threw caution to the wind—it did not even carefully assess the projections made by SPCBs that would have nailed the lies in the mitigation action plans.

MoEF is also guilty of not establishing benchmarks that should be achieved in a time-bound manner before the moratorium on critically polluted areas could be lifted. The ministry should demand comprehensive action plans from states, which should factor in all relevant aspects. In addition, the CEPI evaluation should be made a continuous process wherein the ranking of industrial areas is updated every two years, and all the related information should be made public. MoEF also does not seem to believe in the principle that polluters should pay. A tax or a monetary penalty on polluting industries would have a deterrent effect, and the money so collected can be utilised for pollution abatement. The moratorium was like a ray of hope for the industrial areas choking on pollution, but only a brief one. 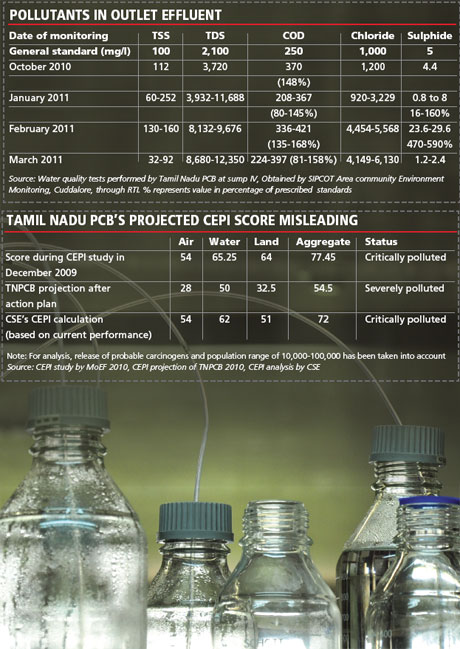