Dams in the north-east will also ruin livelihoods

After neglecting the north-east for years, Delhi now feels the need to initiate "developmental" activities in the region. There is good reason. Indo-Chinese ties are improving. Moreover, a sub-regional economic grouping -- comprising India, China, Myanmar and Bangladesh -- is very likely to be made, rendering the north-east a promising commercial prospect. National and transnational companies have already made plans to make their presence felt

Dams in the north-east will also ruin livelihoods 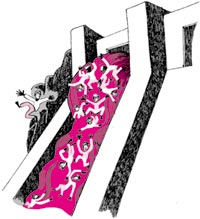 After neglecting the north-east for years, Delhi now feels the need to initiate "developmental" activities in the region. There is good reason. Indo-Chinese ties are improving. Moreover, a sub-regional economic grouping -- comprising India, China, Myanmar and Bangladesh -- is very likely to be made, rendering the north-east a promising commercial prospect. National and transnational companies have already made plans to make their presence felt. Unprecedented investment, major new roads and massive infrastructural projects are on the anvil. These promise little and threaten much. In the rush to make the north-east attractive, the region's fragile ecology and the livelihood options of its peoples are being paid short shrift.

There is to be a massive intervention in the hydrology of the region: schemes to dam almost every river, and channelising the waters of the Brahmaputra into the Ganga, a key element in the plan to interlink India's rivers. The lessons of past interventions in water regimes, in the rest of India, has obviously not been learnt. Plans and reports that the present authors have had access to (most have not been made available to the public, even to directly affected communities), indicate that the government has given little attention to the real economic costs and the adverse social and environmental consequences of this vast intrusion.

Let us look at some figures first. 26 potential sites for mega-dams have been identified. They will generate 99,256 megawatts (mw) of electricity. Some of the dams are already at advanced stages of planning. These include Tipaimukh (1500 mw) and Loktak Downstream (90 mw) in Manipur and Kameng (600 mw), Lower Subansiri (2000 mw), Upper, Middle and Lower Siang (11,000 mw, 750 mw and 1700 mw respectively) and Ranganadi I and II (450 and 150 mw respectively) in Arunachal Pradesh.

Compare this with the central and state governments' projections for the energy requirements of the north-east: only 5700 mw by 2020. The projects listed above will generate 19,098 mw -- three times that requirement! If we look at the situation state-wise, a similar pattern emerges. As an example, let us take Manipur, where the present peak hour demand stands at 105 mw. While the controversial Loktak Hydroelectric Project produces about 30-35 mw (out of the installed capacity of 105 mw), there are other sources -- a heavy fuel power plant and other minor dams -- which can meet current needs. If there are any shortfalls, the solution lies not in the National Energy and Electrical Power Company (neepco) rushing through the controversial Tipaimukh dam, but concentrating first on the efficiency of, and managing the supply-demand chains of, existing projects. Incidentally, one of the recommendations of the World Commission on Dams was precisely this -- make existing projects work better. In addition, the region is a suitable site for the installation of hundreds of mini hydros.

It is important to note that the affected people of the already-built Ithai dam in Manipur, along with the region's environmentalists, have been demanding the opening of the gates of the dam -- even its decommissioning -- which converted Loktak into a reservoir some twenty years ago. A similar demand has been made regarding the Gumti Dam in Tripura where significant tribal lands were inundated, devastating their livelihood base. Most did not receive more than minimal compensation. The affected people, experts and other activist groups have been demanding this dam be decommissioned, as it no longer serves its intended purpose. They have also shown alternative sources of energy can be harnessed.

The existing dams clearly foretell what the negative impacts of the present proposals will be. These dams have irreversibly damaged the fragile ecosystems of the region -- many identified as important biodiversity hotspots of the world. For instance, studies have confirmed that in Loktak, at least seven varieties of fish species are now extinct, and 23 varieties of aquatic vegetation have either degenerated or become extinct. This destruction has directly affected the livelihood of many communities in the vicinity.
In their haste to construct as many dams as possible in the least possible time, the Project Reports that have been prepared are marked by sub-standard work. Not only have benefits been grossly exaggerated and costs underplayed, data has been fudged and manipulated. For example, in the Environmental Impact Assessment (eia) for Lower Subansiri, the number of species affected has been considerably underestimated; it includes a species called 'mastheis' that is reportedly non-existent! There is no assessment of how vast will the submergence of forest tracts be, or what the impact of impounding water in the reservoir will be on the water regime of the area and its consequent (negative) impacts on agriculture and livelihood. Similarly, the Tipaimukh Dam Project Report downplays the rich biodiversity -- both faunal and floral -- in its affected area (a biodiversity hot spot). Even though a comprehensive eia, followed by transparent public hearings, has become mandatory in all big projects, officials here are pushing ahead with complete secrecy.

Two official arguments for all this hush-hush merit mention. Officials argue that the region is politically sensitivity; thus, 'national security' demands strict confidentiality. Let this imperative be conceded. Even then, does national security merit social and environmental harm, and the bypassing of the democratic process? Secondly, officials invariably mention that local communities are "innocent" and "incapable" of understanding the complexities of dam building. Therefore, public hearings and access to detailed project reports are meaningless. This happened when the Citizen's Concern for Dams and Development (ccdd), a coalition of about 45 organisations in Manipur, sought information on neepco's plan to build the Tipaimukh Dam. A neepco engineer remarked to a ccdd delegate that even if the information were to be provided, it would be too technical for tribals to understand. Is the assumption, then, that the building of the dam will "civilise" the tribals? Are there not established norms that reports be made available in local languages, that the costs and benefits be clearly explained and that independent experts and concerned groups be allowed to study these reports and intervene?

In the context of dams in this region, another crucial issue that continues to be neglected is the question of territoriality, land alienation and tribal resistance. Rivers traverse diverse geographical areas inhabited by different ethnic communities. For example, the Barak river, starting in the Senapati district of Manipur, begins at Poumai-dominated areas and streams into the Zeliangrong-inhabited zones in Tamenglong district before moving on to Hmar-dominated Churachandpur district. From here, after an almost complete right turn, it enters Assam in the Cachar plain where, again, different communities share its waters before it finally enters Bangladesh. In a region where ethnic boundaries and their claims over natural resources have resulted in decades of conflict and bloodshed, the impounding and diversion of waters will horribly compound the tension and the confrontation the region is already experiencing.

Conflicts have also arisen when displaced communities are relocated in areas already inhabited by other communities. A good example is the case of the Chakma and Hajong tribes; resettled in Arunachal Pradesh as a result of the Kaptai dam, there were internecine fights between them and already settled communities. Studies also suggest that many members of the tribal guerrilla movement in Tripura are the victims of displacement caused by the Gumti hydroelectric project. The United Liberation Front of Asom, studies suggest, is most popular in areas where displacement and impoverishment has occurred as a result of oil exploration, or tea and mineral extraction, all events where benefits have not accrued to locals. It is particularly serious that short-term benefits to a minority of dam builders and community elites are blinding the government. It is sightless about the far-reaching individual and cumulative impacts of building hundreds of dams on the socio-cultural fabric of the region and its long history of inter-tribal and tribal-state conflicts. This is especially galling because, as already argued, most of the dams are not even needed, the region being almost self-reliant in power production.

It is not too late for a comprehensive re-assessment of the real needs of the region. Historical experience and all current indicators suggest that the present secretive top-down approach will not only result in ecocide but also compound inter-community and community-state conflict in the region.

Smitu Kothari and Ramananda Wangkheirakpam are with Lokayan, a non-governmental organisation which supports peoples' movements across India