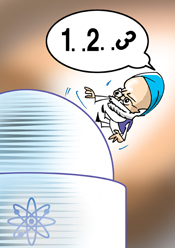 The Indo-us civilian nuclear energy cooperation agreement has created a serious rift between the United Progressive Alliance and its Left Front allies and threatens the stability of the government. The agreement seeks to enable India to access nuclear fuel, reactors and other technology for power generation. The us has similar agreements with countries which have signed the Non-Proliferation Treaty (npt) and the Comprehensive Test Ban Treaty (ctbt), or are recognised as nuclear weapon states. It seems to have made an exception for India.

When was the pact initiated?
To be precise, when India officially tested five nuclear weapons in May 1998. The us realised then that its international nuclear control mechanism had failed.The then National Democratic Alliance government decided to exploit the us predicament it volunteered to put a few civilian nuclear reactors under international safeguard in exchange for nuclear cooperation. There were long behind-the-screen negotiations. The current United Progressive Alliance regime has conducted matters in the open. It offered to separate civilian and military nuclear facilities and negotiate a safeguard deal with the International Atomic Energy Agency (iaea). On July 18, 2005, the us president and the Indian prime minister made a joint declaration on nuclear cooperation.

What is the 123 agreement and what is its relation to the Hyde Act?
Article 123 of the us Atomic Energy Act (1954)'s Article 123 does not allow nuclear cooperation (even civilian) with countries that have not signed the npt and ctbt. The Indo-us agreement derives its name from this article. us laws needed amendment for exempting India. That was done in 2006, following legislation introduced by Senator Henry J Hyde officially called the Henry Hyde United States-India Peaceful Atomic Energy Cooperation Act, popularly the Hyde Act. us legislatures will now have to vet the Indo- us agreement for compliance with the Hyde Act.

When will the agreement be operationalised?
Before the us legislatures approve the agreement, India has to negotiate with the iaea for the safeguard agreement. Once the us legislatures approve the deal, India can cite the us exemption to seek concessions from the Nuclear Supply Group (nsg) --a group of countries that exports fuel, reactors and nuclear technologies. After this, the actual business will begin. However, Indian laws don't allow nuclear business with private companies. India will have to amend its Atomic Energy Act, 1962, since many us companies are involved in nuclear energy industry. All these might take five to eight years.

Also, the Indo-us agreement does not have a safety clause present, for example, in the Japan-us nuclear cooperation accord. The safety clause allows replacement of the agreement with a new deal at the instance of one party--this can only take place by mutual consent. The Indo-us deal, in contrast, can only be amended.

How will India benefit?
The government says it will accord India recognition from the 34-member nsg. Under the pact, the us will help India conduct nuclear business with these countries. It's not binding on India to procure nuclear reactors and fuels from the us. But us support will be critical in getting India waivers from nsg countries particularly for procuring fuel as India is facing uranium shortage. Strategically, by negotiating deals India can claim to be a 'responsible nuclear' state--an agreeable player despite its non-adherence to international treaties.

Will the deal help India achieve its nuclear target?
The official reason it will help India attain its aim of generating 20,000 mw of nuclear power by 2020. The 15 functional reactors and those under construction will generate around 7,000 mw -- a shortfall of 13,000 mw. It is estimated that 6,000 mw will come from imported reactors, a result of the agreement (the rest will have to be produced internally). But building a large number of nuclear plants in the next 13 years is virtually impossible. Further, as many of the reactors would be new to India's Atomic Energy Regulatory Board, safety operations will need years of specialised training. So it's unlikely that the agreement will help India in meeting its nuclear energy target.

Why is the agreement opposed?
It has become a sovereignty issue with the left parties and the bjp criticising the government for going all out in seeking compliance with the Hyde Act.