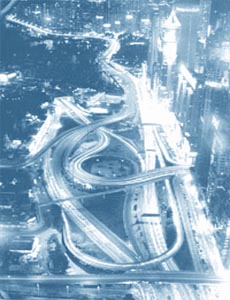 tourists in Hong Kong are usually enthralled by the view of the territory from the top of the island. But often they are dismayed and disappointed by the thick blanket of smog that envelopes the cityscape. "Is it always this hazy?" wonders Margaret Martin, an Australian teacher visiting Hong Kong's "Peak" for a view of the city's harbour and the surrounding islands. No, usually the haze is much worse.

Hong Kong suffers from the malady that has affected most Asian cities: rapid economic growth and population boom with absolute neglect of the environment. Today, Hong Kong's environment has deteriorated to abysmal lows despite the city being one of Asia's richest. "It is the only high-income place in the world that is acquiring a Third World environment," says William Barron of the Center of Urban Planning and Environmental Management at the University of Hong Kong.According to Barron, unless the authorities pay attention and take steps to improve the environment, the hilly, densely packed city of 6.8 million population will be "unlivable" in 15 years.

Fortunately for Hong Kong, the days of lax laws and official complacency over the environment are over. The reason being quite simple: pollution is starting to cost Hong Kong residents a tidy sum of money every year. "It is high time we face up to the problem," says Tung Chee-haw, Hong Kong chief executive. In October, Tung had proposed a plan that included improved sewage systems, recycling waste and cleaning up the environment. The sum he quoted for the project is a whopping $3.8 billion.
Much of Tung's $3.8 billion plan, which is awaiting the approval of legislators, centres on extensive spending to clean up sewage systems, install waste incinerators, improve water quality and initiate recycling programmes. Notably, despite the city's affluence, almost 75 per cent of its sewage is dumped in the neighbouring waters without any prior treatment.

To tackle air pollution, Tung feels it is important to upgrade vehicular traffic. As of now, about a third of Hong Kong's vehicles operate on diesel, compared to four per cent in the us . Tung aims to replace Hong Kong's 18,000 diesel taxis, and maybe its 6,000 diesel mini-buses, with vehicles that burn cleaner liquefied petroleum gas in order to cut respirable particulate levels by 80 per cent by 2005. For the 123,000 diesel buses and trucks, he wants the city authorities to help bear the costs of equipping them with particulate traps or catalytic converters.

Hong Kong added 30 per cent more vehicles between 1991 and 1997. To check that trend, it needs better rail service, more electric trolley buses and walkways, the city's environmental activists say. Further, a third of Hong Kong's air pollution is caused by factories in bordering China. No measures have been chalked out by the city authorities to tackle industrial pollution.

Besides the role of the government, it is also important that the residents of Hong Kong are made aware of the importance of improving their environment. They must also change their attitude on such issues as recycling and transportation if the new spurt of activism is to bring results. Luisa Tam, working for Greenpeace in China, recalls looking on dismayed as a bakery clerk put three croissants in individual bags before placing them all in yet another bag. "This is still the mentality," she says.
Hong Kong's air is long overdue for a scrubdown. It is about 40 per cent dirtier than the air in Los Angeles in terms of what scientists call "respirable suspended particulates." These particulates are generated in particular by diesel exhaust and they are toxic in nature. The city's past record of dealing leniently with polluting diesel vehicles explains the present levels of particles in the air (see chart: Major reasons for Hong Kong's air pollution ).

Though difficult to establish given the absence of substantial evidence, there is, however, proof that the high level of particulate pollution in Hong Kong's air has resulted in increasing health complications. According to government officials, acute respiratory and cardiovascular diseases linked to air pollution are estimated to cost Hong Kong approximately $50 million a year in medical expenses and lost productivity. The cost for chronic ailments such as asthma is much higher, they add.

Doing so won't be easy - or cheap. That Hong Kong's chief executive has even spoken about the environmental hazards comes as a shock to many. This is, after all, a place where anti-pollution laws are so slack that even officials in charge of environmental issues concede that the strictures are ineffective. Take for instance the administrative stance regarding vehicular pollution in 1995. Then only four out of 59 legislators were ready to boot out the diesel vehicles that Tung now says are the primary source of much of Hong Kong's polluted air.

The scenario at present is much different and Hong Kong wants to move into the 21st century with an economy built on what Tung calls a "knowledge-based society" like that of California's Silicon Valley. To achieve that purpose Hong Kong will require highly-skilled workers. But, unless its air is cleaned up, "people who are that bright won't want to live here," says Toms Masterson, head of environmental affairs for the Hong Kong branch of the American Chamber of Commerce.

The bad air is already keeping some residents away. "It is the reason that we won't go back," says Jeffrey Schultz, 49, a former Hong Kong public relations executive. While living here several years ago, his daughter suffered severe asthma attacks. Her asthma, however, disappeared after the family shifted to a pine-forested area in France, he says.

Meanwhile, with growing awareness of the detrimental health effects of a degraded environment, Hong Kong residents, too, are expressing concern. A survey in July by the university-based Hong Kong Transition Project revealed that almost 70 per cent of the residents were either "very worried" or "fairly worried" about pollution.

Among administrative heads, even those legislators who support enhanced commercial activities and business establishments are raising concerns about the environment. Non-governmental organisations ( ngo s) say the common people are awakening to the issues of environmental hazards and are beginning to pay heed to measures for reducing pollution. Although at present a part of communist China, people in Hong Kong have more freedom, including the right to join activist groups.