Keep the sunny side up

India plans to produce 22 gigawatt of solar power by 2022. But the country can harness much more solar energy if people start using solar-powered consumer products. Here is a list of products that can help

Keep the sunny side up 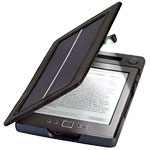 Key feature: The integrated battery which gets charged through the solar panel runs the LED lamp for up to 50 hours using Kindle's main battery.

The backpack uses a flexible monocrystalline solar film to convert sunlight into electricity, which is stored in a battery pack kept inside the bag. It can be used to charge portable electronic devices such as mobile phones. The US army developed a solar backpack system called Rucksack Enhanced Portable Power System. The three-kilo backpack was used by the US Army in Afghanistan to power radios and GPS units in combat zones.

Key feature: A fully charged battery can power a laptop for three hours or power an emergency light for 14 hours. It can be used for disaster relief and field research. 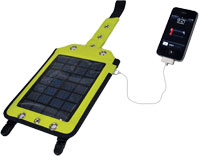 Manufactured by Indore-based firm Solar India, the thin solar panels on the flap of the cap are used to directly power an integrated mini-fan.

Key feature: It works fine even in the rainy season.

Rothco Solar radio uses a photovoltaic solar panel on top of the radio which gives seven hours of playing time on a single charge.

Key feature: It can be charged manually at night with its wind-up handle

Solar-powered flashlights or torches use light-emitting diode lamps, which consume less energy than the popular incandescent light bulbs. A typical solar flashlight can illuminate objects up to 50 metres away. The solar cells used for charging the battery have a long life expectancy. These flashlights are popular in places with erratic power supply.

Key feature: Some models have inbuilt cell phone chargers, radio or an emergency siren. Some of them can also be used as lamps.

US firm BigBelly develops solar-powered, rubbish compacting bins to be used in public spaces such as parks. It has a capacity of 567 litres, and exerts 5.3 kilo Newton of force to compress the articles in the bin. This increases its capacity by five times. The compaction mechanism runs on a 12 volt battery, which is charged by solar panels.

Key feature: It uses wireless technology to intimate the waste management department when it needs to be cleaned.

Key feature: The refrigerator, which does not work after sunset, has a well-insulated cabinet and a thermal storage capability to keep it cool at night