The government is considering setting up a new authority to regulate civil nuclear facilities, saying it will be autonomous and more powerful than the current Atomic Energy Regulatory Board. Experts doubt the claim 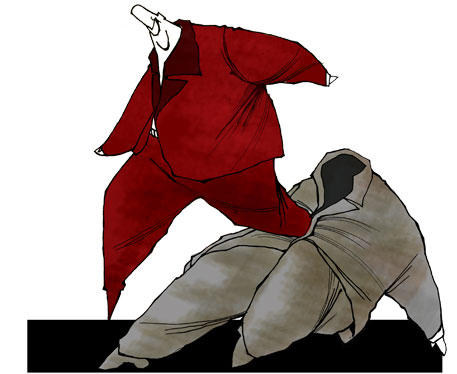 The atomic Energy Regulatory Board, India’s nodal civil nuclear regulatory body, is likely to be soon replaced by a statutory authority. The government is considering legislation to dissolve the board, which was formed by an executive order, and create the Nuclear Safety Regulatory Authority. The move is important because India is expanding its civil nuclear power sector. It has 21 functional rectors, six are under construction and 35 are proposed, including the 12 to be developed with Russia for which a pact was signed this December.

Talking to Down To Earth, Atomic Energy Regulatory Board (AERB) chair-person Satinder Singh Bajaj said changes were under consideration to make the regulatory system more robust. The main change proposed is the structural autonomy of the new authority. The Nuclear Safety Regulatory Authority (NSRA) will not report to anyone. Its reports will be tabled directly before Parliament. Under the current set up, AERB reports to the Department of Atomic Energy, headed by the prime minister.

The proposed system also seeks to establish a Council of Nuclear Safety (CNS), headed by the prime minister, to oversee and review the policies on nuclear safety, say officials, requesting anonymity. All activities relating to civil nuclear power and nuclear material will be allowed only after NSRA grants licence for them. Unlike AERB, which was set up by an executive order in 1983 and can be changed by a similar order, NSRA will be a statutory body and command greater authority. Any change in NSRA’S structure or functions will have to come from Parliament.

Demand for a robust and autonomous body to oversee security issues related to civil nuclear establishments emerged in 2011 after the Fukushima nuclear accident in Japan. In its report released on July 5, 2012, Japan’s Fukushima Nuclear Accident Independent Investigation Commission said that the disaster was human-made and the problem was rooted in Japan’s nuclear safety regulatory body. To avoid a similar incident in India, the United Progressive Alliance government tabled the Nuclear Safety Regulatory Authority Bill in Parliament in 2011 to create NSRA. But the Bill was sent to a standing committee which suggested changes, and with the change in government in 2014 the Bill lapsed. Though the current government has not listed the Bill for discussion in Parliament’s ongoing session, sources say it plans to table the same Bill in the next session.

But what exactly is wrong with the way AERB is functioning? Although Bajaj says AERB is doing its job well, several institutions, including the Comptroller and Auditor General (CAG) of India and the Public Accounts Committee, have found problems in the way it functions (see ‘CAG has not understood our point’). In a performance audit report of AERB submitted to Parliament in 2012, CAG said, “In the present framework, the legal status of AERB is one of subordinate office, exercising delegated functions of Central government and not that of regulator.”

It is noteworthy that in countries which have a large number of nuclear establishments, such as Australia, Canada, France and the US, the regulators have been given complete independence through legislation. AERB, however, has not been given any power to frame rules. Nor can it enforce laws or levy penalties on defaulters. Former secretary of AERB, K S Parthasarathy, says, “I hope the new Bill enhances the legal robustness of AERB in line with other nuclear regulatory agencies worldwide. I believe that a legally robust nuclear agency with enhanced technical capability is essential for continuing the good work that is being carried out by AERB.

A December 2013 report by the Public Accounts Committee (PAC), which scrutinises CAG reports and financial accounts tabled in Parliament, said that despite three decades of existence AERB has not formulated nuclear and radiation safety codes. PAC highlighted the fact that the notification under which AERB was constituted authorised it to frame the codes. PAC also said the Meckoni Committee in 1987 and the Raja Ramanna Committee in 1997 stressed the need of developing codes, standards, guides and manuals related to nuclear safety, but AERB did not fulfil its responsibility. Both these committees were constituted to review AERB’s functions and responsibilities.

M V Ramana, physicist at the Nuclear Futures Laboratory, Princeton University, US, says the reason for AERB’s incompetence is the lack of technical staff and facilities in the board.

Will NSRA be effective?

Despite the obvious problems with AERB, there are doubts if NSRA will be any different. Former chairperson of AERB A Gopalakrishnan, says it is good that the government has not listed the Bill in the ongoing session because it needs more work.

The questions raised on NSRA are not without basis. A few parts of the Bill have raised doubts over the independence of the authority. As per the Bill, NSRA members can be removed by an order of the Central government. This is bound to undermine its autonomous character.

G Sundarrajan, a Chennai-based activist who has filed several cases in the Supreme Court regarding safety of India’s nuclear plants, echoes Gopalakrishnan’s views when he says that there is nothing new in the NSRA Bill. What is needed, he emphasises, is a completely autonomous body.