The current method of environmental regulation has failed to monitor industrial pollution in India. It is not just ineffective but expensive too. Some countries are using alternative approaches but with mixed results 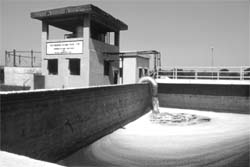 In late 1970s and early 1980s, India, like many other developing countries, 'imported' the command and control system from the industrialised countries. Industrialised nations had the money required to strengthen the mechanisms and were therefore able to control pollution. The system failed to deliver in developing countries as they lacked the requisite financial resources. Financially weak institutions led to poor enforcement, monitoring and reporting.

The existing command and control system of environmental regulation will never be able to monitor and influence industrial pollution in India. The high costs involved do not suit the economy of a developing country. Realising this, even some industrialised countries -- mainly Scandinavian countries -- have started using alternative approaches like economic instruments and market-based instruments. Some developing countries are also trying out this. The results so far have been mixed.


Economic instruments are the alternative tools available for environmental governance. They control pollution by harnessing the power of the market to influence decisions. They are much more flexible and dynamic when compared to the command and control techniques.

To understand the significance of economic instruments, it is important to understand what pollution is. From an economist's point of view pollution remains unabated because the regulators or the market does not charge the industry for the pollution it generates. It is a 'market failure', which arises because the polluter is not penalised for the consequences of his actions, which may be the discharge of polluted effluent into a river or the production of polluting products or disposal of toxic wastes.

In India the 'cost of pollution' does not figure in the total cost of production of the service or the good. The polluter bears no loss for generating pollution and therefore has no incentive to reduce pollution. Worse still, the current market economy, at times, pays to pollute. For example, a manufacturer might save on labour, material, machinery and energy costs by not treating effluents. In economic terms, these downstream impacts, the cost of which are not included, are 'externalities' that lie outside the manufacturer's decision-making framework.

The underlying premise of economic instruments is to correct this market failure by placing a cost on the externalities. The assumption is that this will force the market to internalise the 'externalities' into the decision making process. The producers will have to take environmental concerns into account to minimise their costs.

Different types of economic instruments exist. The most common ones are pollution charges and tradable permits. Product monitoring, another effective economic instrument, can be applied to products, such as fossil fuels, fertilisers, pesticides and lead-acid batteries, the production, use or disposal of which generates pollution. Pollution is also controlled under a regime of environmental economic instruments by charging in anticipation of generating pollution.

Despite all the benefits, when it comes to the application of economic instruments, environmentalists usually look upon them with great scepticism and prefer standards or fixed guidelines that are perceived as being more environmental friendly. There are reasons to be sceptical.
The database needed to make economic instruments effective in India does not exist. If we introduce eis in this scenario, they will suffer the same fate as the current governance systems which are weak and ineffective, say these experts. Estimates of highly polluting units monitored by the spcbs are a testimony. spcbs of 17 states have prepared an inventory of just 2,523, out of a total of 7,184 highly polluting units. With this kind of inadequate database on polluting units one cannot even think of introducing eis in India, says Bhushan.

Moreover, the data collected on industries by spcbs lacks credibility. The current regulation structure is such that the data provided by the company to the spcbs always says that it is complying with all applicable regulations, as non-compliance will invite troubles. In such a scenario, economic instruments can be easily manipulated and instead of improving the environment quality, it will damage the environment further. Thus, before thinking about introducing economic instruments, "the government should first work on developing some credible database on industries," says Bhushan. "Information collection is the key. Failure of the current system is due to inadequate collection and analysis of information," says Smita Misra, senior environmental specialist, World Bank.


Public disclosure projects (pdps) are another tool to improve compliance. They use information as a driver for improved environmental performance. Historically,some of the most rapid gains in environmental quality have come not through strict regulation but through access to information. Banning of ddt, asbestos, persistent organic pollutants (pops), ozone depleting substances (ods) chemicals are the few examples. Over the past few decades, information has emerged as a key component of effective and efficient environmental regulation around the world.

Public information-based regulations are an incentive for improved environmental performance. Industries in India have been disclosing data only to the regulators, which finally ended up in their archives. This system does not provide any kind of incentives for companies to provide credible data. This is where the pdps come in. The idea is simple and highly effective. The public image of a company is one of its greatest assets. Greater public awareness about the social and environmental commitments of a company pays it rich dividends in the form of "product loyalty" and provides an edge over its competitors. "Reputational incentive" is the term used to describe this market-oriented framework. The Green Rating Project of cse, is one of the very first public disclosure projects undertaken by an ngo in the developing world (see box: The first time).

In India, where availability of credible information on the environmental performance of companies is lacking and public awareness about environmental issues is rather low, a project like grp has the poten-tial to address both lack of credible information on industries and increasing public awareness on environmental issues. Industries should be pushed to voluntarily disclose data to pdp. "Industrial rating and disclosure programme can be done rightaway in India," says Misra.


There are still certain areas where economic instruments can be easily introduced. There should not be any problem in introducing product charges on polluting products like two-stroke two-wheelers, polluting fuels like diesel and toxic pesticides among others. "In fact the government should introduce economic instruments which can provide incentives for cleaner products and disincentives for polluting items," adds Bhushan.

Another mechanism that can be introduced with immediate effect in India is the deposit fund for taking back products which when discarded could add to the pollution. Manufacturers and companies can hold a deposit for such products, which will be returned to the consumer at the time of proper disposal or return of the used product. For example when a soft drink company sells a plastic bottle to the customer, it could charge a certain amount of deposit, which is returned to the customer on the return of empty bottle. Cola giants are running similar schemes in other parts of the world. There is no reason why they cannot implement the same scheme in India.

But care has to be taken that the new mechanisms do not fall into the highly inefficient and corrupt mould of the current system. For this the current institutional framework of spcbs needs to be revamped, beginning with the streamlining of the regulations and improving the quality of human resources. It is only when the boards are revamped, will the introduction of the eis as a supporting tool improve enforcement of the existing rules and regulations. People's participation is crucial to the success of new approaches.

If government and its enforcement agencies are the end receivers of the information disclosure, then the results will not be very different. Information has to be disclosed to the wider public so that they provide the check and balance in this otherwise corrupt and inefficient system.