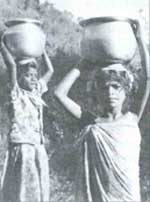 THE tribes of Gudalur taluk -- Betta Kurumbas, Moola Kurumbas, Paniyas, Irulas and Kattu Nayakans -- have been celebrating December 5 as Adivasi Day since 1988, when they held a rally for land rights in Gudalur town.

It was December 4, 1994, the eve of Adivasi Day, at Kadichenkolly, a village 25 km from Gudalur in the Nilgiri hills, when they gathered to prepare for the festival. December 5 has always been an opportunity for a show of solidarity every year. The celebrations are coordinated by the Adivasi Munnetra Sangam (AMS), an organisation with a membership of almost 20,000 tribals since its inception in 1987. It works for tribals' land rights, and health and education awareness.

The AMS is the offspring of the Action for Community Organisation, Rehabilitation and Development (ACCORD), a Gudalur-based ngo, active since 1986. "Our aim has always been that the people should be able to manage their own affairs. They must be the decision-makers," says Stan Thekaekara of ACCORD.

K T Subramaniam, secretary, AMS, cites the instance of Chorian, a coffee-cultivating Paniyan from Ayankolly -- 30 km from Gudalur -- the owner of 0.4 ha of land. A local landowner, who wished to cut a swathe through Chorian's patch to lay a road to his paddy field, had it mowed down. A distressed Chorian, with the backing of the AMS and ACCORD, decided to seek justice. "For perhaps the first time in our history, a formal police complaint was launched, and Chorian got his land back," says Subramaniam.

Since this incident in 1987, the tribals have initiated many legal proceedings both against individual landowners usurping tribal lands, and against the forest department, which has appropriated some rht (Reserved for Hill Tribes by the state government in 1972) lands. A few out-of-court settlements have been achieved.

The AMS has also challenged the validity of the Gudalur Janmam Abolition Act promulgated by the Tamil Nadu government in 1968, which enabled the government to appropriate land belonging to Kerala's Nilambur royal family. Section 17 of the Act authorised the government to grab these lands leased out to estates, with merely a month's notice. The estates have filed a court case. But nowhere in the litigation do the inhabitant local tribes find any mention. Says Subramanium, "The tribals are nowhere. Nobody recognises our existence although we have been staying on this land much before the Rajas, the estates or the government. We have no identity at all." With ACCORD's help, the AMS has filed a petition insisting on the recognition of the tribals as parties in the Act.

Kadichenkolly houses several inhabitants who are traumatised victims of frequent displacements due to expanding estates, and forcible evictions.

No villager can boast of any formal education. A few children today are sent to the government tribal residential (GTR) schools. Raji, 23, has reluctantly sent her 8-year-old daughter to a GTR school. "The language is new. And the teachers being non-tribals, don't really take an interest in our children," she says. So the AMS has appointed voluntary tribal teachers in the GTR schools. Says Kumaran, an AMS worker, "We hope they will be able to provide moral support to our children."

Moral support and tribal identity were what Adivasi Day was all about. As Raji, a balwadi (primary) teacher, said with obvious pride, "There will be a lot of singing and dancing -- but not your kind. Our kind."