Fighting for a safer workplace

Workers often fail to get proper medical treatment because they are mostly ignorant of occupational diseases.

Fighting for a safer workplace 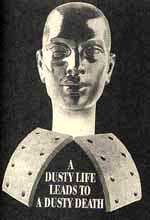 EVERY year, thousands of industrial workers all over the country fall prey to various occupational diseases. Most of the cases go undiagnosed or fail to get proper treatment, until it is too late. For instance, agricultural workers are susceptible to diseases caused by contact with chemical pesticides, whereas, illnesses such as silicosis, pneumoconiosis, byssinosis and asbestosis, claim the lives of workers in mines and industrial units.

There is little organised effort to increase awareness among agricultural labourers or mine worker about the dangers they could face while working and the compensation due to them in such cases.

Some individuals, groups and organisations have put in exceptional efforts to increase awareness in the field of industry-related diseases by disseminating information, documenting struggles, producing videos and other learning material, and organising struggles for safety measures in the workplace. Unfortunately, most of these efforts have been localised. Rajesh Pandey of the Society for Participatory Research in Asia (PRIA) explained, "Not enough is being done by the policy makers or other governmental regulatory lung diseases, which emphasises on influencing policy makers and government agencies and strengthening workers struggle on these issues.

Some of the other non-government organisations involved in occupations health-related work are the Industrial Toxicology Research Centre in Lucknow, the Occupational Health and Safety Centre in Bombay, and the National Institution of Occupational Health (NIOH) in Ahmedabad. NIOH has done a lot of work in measuring the prevalence of byssinosis in the textile industry and has helped affected workers get compensation and rehabilitation. The Vyavsayak Swasthya Suraksha Mandal in Vadodara brings out a quarterl bulletion on occupational health safety, which is sponsored by a number of unions. Some union chief, including Bhailal Patel in Vadodara and Jagadish Deshpandey of the Municipal Mazdoor Union in some exemplary work in creating awareness among workers.

Certain government agencies such as the Indian Council of Medical Research, have done research and documentation work on occupation-related illnesses. Other government agencies include the National Safety Council in Bombay and the Lokmanya Medical Research Centre in Pune. But, as voluntary organisations point out, mere documentation is not enough and most government organisations have done little tp help the affected in terns of either monetary or medical assistance.