Forest Rights Act: Who is the encroacher and who is encroached upon

Thirteen years after a historic law was formulated to give forest dwellers legal ownership of their traditional land, their fate still hangs in the balance. A recent Supreme Court verdict, which almost made their eviction imminent, has brought the focus back on the tedious rights recognition process under the Forest Rights Act, 2006

70-year-old Adil Sai Armo looks at the forest land in Ghabarwa village in Chhattisgarh's Sarguja district that once belonged to people like him, but was taken away for mining (Photo: Vikash Choudhary)

On February 13, India’s forest dwellers were left undefended as the threat of an eviction from their habitation hovered over them. The Supreme Court, hearing a petition filed by wildlife conservationists and former forest department officials, directed state governments to evict “encroachers” or the “illegal” forest dwellers. In the court room, one could see the aggressive petitioners, but not the defenders. The case was all about a Parliamentary Act, but its official defender, the state, had made a quiet exit.

The verdict’s unsettling message had a ricochet effect in the country’s forests, home to some 8 per cent of the country’s population. Close to 2 million forest dwellers faced imminent eviction from areas that were their only home.

Ironically, the order emanated from a case on the validity of the Forest Rights Act (FRA), which for the first time, 13 years ago, granted tribal communities the right of settlement in forest areas. Till then, they were “encroachers”. But getting legal right included an official process of settling them. Considering that 13 years is a long time to complete the official trail, the apex court inferred that people whose settlement rights had not been accepted must be evicted. It also ordered states to give a report on the action taken against the claimants whose claims had been rejected.

Immediately after the judgement, forest dwellers across the country came out in the streets to protest. Their target was not the apex court, but the government. As expected in the time of elections, political parties joined the chorus, and the ruling Bharatiya Janata Party came under fierce attack. After 15 days, on February 28, the Ministry of Tribal Affairs (MoTA), the nodal agency to implement FRA, intervened with a review petition. The apex court stayed its own order. 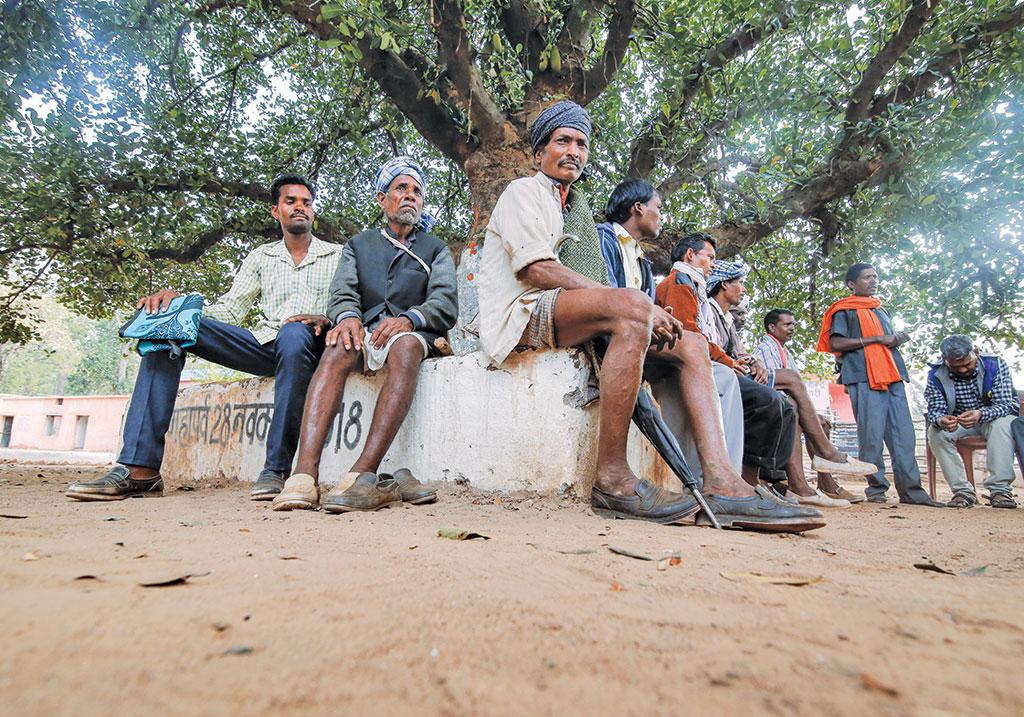 The fortnight of turmoil unwittingly brought out the shoddy manner in which FRA was implemented. Details began to surface that pointed towards a planned effort not to settle the rights of forest dwellers. The fig leaf of MoTA had dropped. Forest dwellers feel betrayed. Way back in the early 2000s, a similar attempt to clear forests of “encroachers” had resulted in protests. But it led to the enactment of FRA in 2006. The law recognises people’s right of settlement in forests, and gives them legal document of ownership of their traditional habitation. It promises to recognise their customary rights over forest land (up to 4 hectares).

Since enactment of the law, 4.22 million applications have been filed for the settlement of rights. Of this, 1.94 million have been rejected. Only 54,591.07 sq km of forest land has been recognised, while the total forest land under occupation prior to 2005 was 112,000 sq km. This is the population petitioners in the apex court have focused on for eviction, as they have been termed as illegal settlers. The recent order was preceded by government inaction, which forest dwellers count as betrayal. MoTA never defended the law or the rights of communities in the court. The state governments, as it emerged, did not bother to take stock of FRA implementation.

The petitioners argued that FRA was unconstitutional and all orders under it must be struck down. In its earlier order on January 29, 2016, the apex court had asked for a status update on the number of rejected claims and on the steps the states had taken against people whose claims had been rejected. The states were given two weeks to file their affidavits. But not all filed their responses. In April 2018, the apex court punished Karnataka, Kerala, Uttar Pradesh, Madhya Pradesh, Assam, Odisha, Andhra Pradesh and Telangana with a penalty of Rs 50,000 each. In one way, states had sent the message that the legal argument of petitioners was valid.

The signs were ominous. In the three hearings that the apex court held in 2018, MOTA and the Ministry of Environment, Forest and Climate Change (MoEF&CC) were either not present in court or did not speak up. Organisations working on FRA such as Campaign for Survival and Dignity, All India Forum of Forest Movements, political leaders such as Brinda Karat and D Raja, and former chairperson of the Adivasi Congress V Kishore Chandra, protested the ministries’ acts and sent a letter to Union Tribal Affairs Minister Jual Oram on February 4, 2019.

“The petitioners have been asking the court to evict people whose claims have been rejected when your own ministry has admitted that many rejections are incorrect and require review,” the letter stated, adding that “in the recent hearings your lawyer has not even bothered to remind the court of this. This is putting lakhs of poor tribal and forest dwelling families at risk of being evicted just because of the bias and illegal actions of officials.” But the ministry did not pay heed.

Caught on the wrong foot, MoTA, sent a letter to all the states on February 20, 2019, asking for the number of claims rejected at the final level. In its earlier letters, it had asked for the status of rejections at all levels. There are three levels in FRA when a claim can be rejected or approved—gram sabha, sub-divisional and district.

The status update sent to the court before the eviction order was based on cumulative rejections made at all three levels. So it could not specify if FRA was implemented in letter and spirit. On February 13, the court hearing started with MoTA asking for a pass-over from the hearing. So, the bench of Justices Arun Mishra, Navin Sinha and Indira Banerjee heard only the petitioners. There was nobody to point out the incomplete data on claim settlements. The verdict was given based on the petitioners’ argument, which was only logical. However, the order was not without a caveat. The last paragraph of the order stated, that states must verify, re-verify, or review all the pending cases and submit its report to the court within four months.