For environmental rights defenders, 2016 was the deadliest year on record 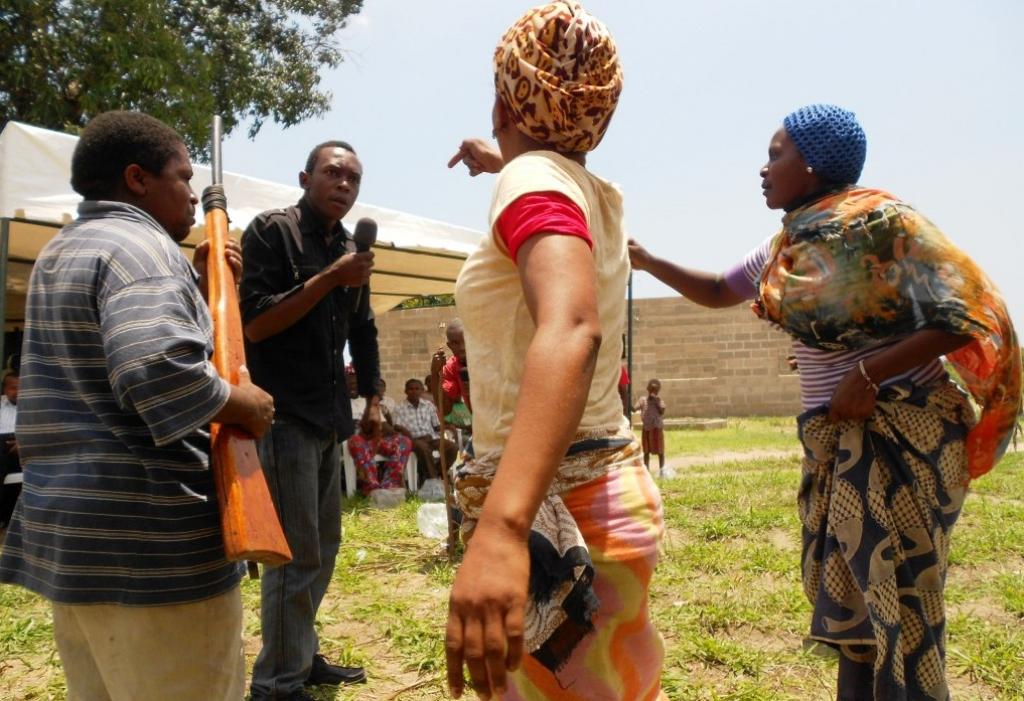 When it comes to killings of environmental rights activists, every year is setting a new record. And 2016 was no different. According to a report by Global Witness, a UK-based watchdog, at least 200 land and environmental activists were killed in 2016–almost 10 per cent more than 2015, which was previously the deadliest year. In fact, 2015’s total death toll was about 60 per cent higher than that of 2014.

What's worrying is not just the increasing number of murders, but also how this trend is spreading its tentacles to more countries. In 2016, killings were reported across 24 countries as compared to 16 countries in 2015. Latin America accounted for about 60 per cent of killings. With 49 reported murders, Brazil was the worst country in terms of attacks on environmental activists. Most of these murders were perpetrated by loggers and landowners in the Amazon.

Colombia witnessed murders of 37 land and environmental defenders in 2016—the worst year on record. It was a 40 per cent rise in killings over a year. Paramilitaries are suspected perpetrators in 22 murders.

With 11 murders, Nicaragua remains one of the deadliest countries for environmental defenders. And so is Honduras. In 2016, it reported 14 murders. It has the highest number of murder per capita. In 2015 report, Global Witness had pointed out "systematic assault on remote and indigenous communities (in Honduras) by a collusion of state and corporate actors". With the number of murders increasing from eight to 14, it is safe to assume that this challenge was far from being tackled. Hydro dams and agribusiness were the sectors most linked to murders in this country known for its rich natural resources.

Asia is the second-most vulnerable continent. Out of the 24 countries covered in this report, 10 are in Asia. At least 61 activists were murdered in 2016—an 18 per cent increase from 2015. The Philippines continues to be the deadliest place in the continent to defend environment. The country saw 28 killings, mostly linked to protests over mining operations. Bangladesh, which did not report any killing in 2015, saw a spurt in violence last year with seven murders.

Situation is rapidly worsening for land defenders in India

India has become the fourth deadliest country in the world, with 16 murders reported in a year. Killings tripled in 2016 with most of the murders are suspected to have been committed by police while shooting protestors. “It is a sign of rising state repression and the criminalisation of civil society,” observes the report. There have been reports of indigenous people of Chhattisgarh being brutally repressed for opposing large-scale coal mining in their lands. It is attributed to present government’s policy of stifling any opposition to 'development policies'. The report goes on to highlight the fact that nearly half of the environmental defenders in India were killed while engaging in public protests and demonstrations.

Defending national parks in Africa is now riskier than ever

The Democratic Republic of Congo (DRC), which saw the highest number of defenders (10) killed in Africa, is not a safe place for park rangers. Nine out of 10 people killed in 2016 were park rangers. In DRC, national parks are home to armed poachers and criminal gangs. Exploration by extractive companies has increased the risks for rangers, who already face threat from the poachers. Threats of violence often force park rangers to switch jobs.

Half of the DRC’s murdered park rangers in 2016 worked at Virunga National Park—a UNESCO World Heritage Site and home to some of the last remaining mountain gorillas in the world. These violent murders are a disturbing trend documented in other parts of Africa: South Africa, Cameroon, Uganda and Zimbabwe. 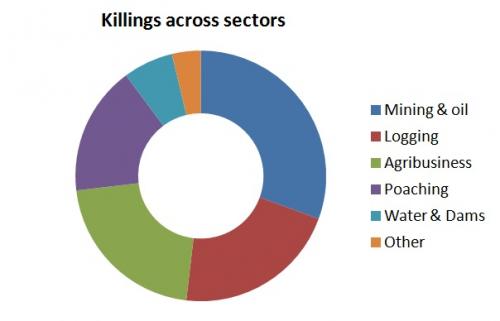 According to the report, most murders were linked to mining and oil sector. Conflicts over the control of land and natural resources due to mining operations killed 33 environmental defenders in 2016. Logging emerged as the second-most dangerous sector for the land defenders. The sector witnessed more than 50 per cent increase in killings as compared to 2015. Murders associated with logging increased from 15 to 23. The agribusiness sector-related violence also led to equal number of killings. 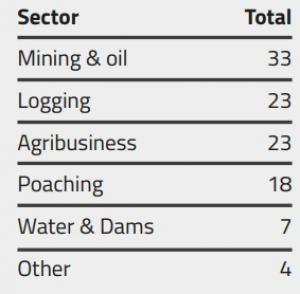 Who are the perpetrators?

With almost no prosecution of perpetrators, it is difficult to know who are attacking the environmental defenders or who all are orchestrating these attacks. However, the report identified potential paramilitary involvement in 35 cases, mostly in Colombia and the Philippines. The police and landowners were suspected to be involved in 33 and 26 killings respectively. Poachers were accused of murdering 13 people, predominantly in Africa. The military, loggers and business representatives are also suspected.

"There is one root cause of violence against defenders that stands out above all others: denying communities the right to take informed decisions about the use of their land and resources,” the report observes. According to the authors of the report, "Civil society needs to act together to support these land defenders in their campaigns, afford them greater protection and promote an alternate, more sustainable vision of development—one that doesn’t cost us the Earth”. 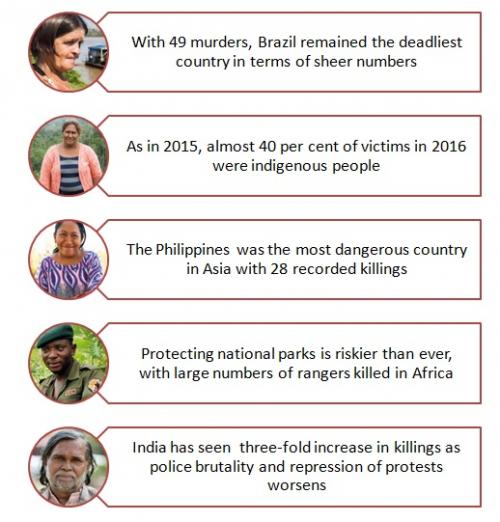 As scramble for land by powerful conglomerates continues, sometimes with tacit support from governments, the activists at the frontline of the struggle for the land and environment are pushed to the margins and their voices are silenced. The above findings call for institutional reforms globally, to protect those who are keeping up the fight.