Why China lost out to Europe in industrialisation 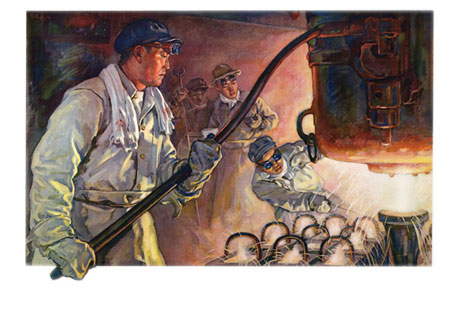 In the first millennium of our era, civilisations in China, India and South East Asia led the world in wealth and knowledge. Europe was mired in what historians call the Middle Ages. The pomp and power of the Greek and Roman empires was several centuries past, Europe had lost much of the knowledge it had once possessed and its once vibrant economy had shrunk into feudal estates, which generated precious little surplus. So Europe of the Middle Ages traded very little with other societies.

Five centuries later, Europe was on its way out of the mire. By the late 18th century, the Industrial Revolution was powering England’s economy. Historians of China tell us that the country could have beaten Europe to the Industrial Revolution. In a number of areas of industrial technique, China long anticipated Europe. The Chinese had a power-driven spinning machine in the 13th century, some 500 years before the England of the Industrial Revolution knew water frames and mules. The Chinese learned to use coal and probably coke—as against charcoal—in blast furnaces for smelting iron and were turning out perhaps as many as 125,000 tonnes of pig iron by the second half of the 11th century—a figure not achieved by Britain until 700 years later. The wheelbarrow, the stirrup, the rigid horse collar (to prevent choking), the compass, paper, printing and gunpowder were Chinese innovations.

The Chinese spinning machine, however, fell into oblivion and the Chinese iron industry was a thing of the past by the 15th century. Sinologists have offered several partial explanations. China lacked institutionalised property rights. The Chinese state imposed several fetters on innovation.

When the Chinese industrial efflorescence was on its last leg, Europe was in an age of discovery. These were years of heresies in the church, of new forms of expression that challenged the older organisation of society and posed a threat to other polities. It was also the beginning of European domination of the world. In the coming four centuries, countries of Europe would set up colonies over Asia and Africa. In June 1840, a fleet of British warships sailed into China’s Pearl River Delta and unleashed a barrage of violence, overwhelming China’s weak coastal defences and bringing the country to its knees. This was the Opium Wars which culminated in the once-powerful Chinese Emperor submitting to unequal treaties imposed by England and France. 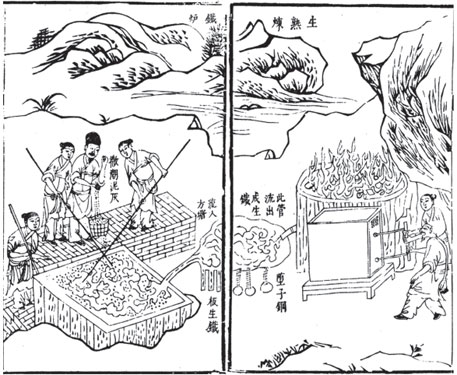 Now research ascribes Europe’s ascendance—and China’s downfall—to farming practices. A team consisting of seven psychologists from the US and China led by Thomas Talhelm of the University of Virginia suggests that rice-farming in China militated against individualism, which social scientists see as critical to innovation.

From China’s first recorded history, the principal sources of food have been rice and herding. Those have been geographically centralised due to climate, water availability and topography: herding in the north-west (Xinchiang and Mongolia) and rice paddies in the wetter south. Wheat was grown in north-east China, but it always had second place to rice.

Paddy rice cultivation is much more labour-intensive than wheat-growing. Many people must work together to maintain communal irrigation canals, and transplanting and harvesting are also labour-intensive. By contrast, while rain-fed wheat produces less food per hectare, it needs less labour. A family can support itself growing wheat, while paddy rice literally takes a village. It has long been suggested that China’s reliance on rice-fostered collectivist attitudes, and the Confucian emphasis on group allegiance and conformity have been one of the reasons China could not sustain its industrial efflorescence of the 11th century, while Europe made a success of its Industrial Revolution. The revolution was based on scientific thinking, which is held to rely on individualism and openness to innovation. But the idea that growing rice promotes a group mentality remained speculation.

Talhelm and his team decided to test this out. They postulated that people who grow up in rice-growing and wheat-growing areas, even though they may have never lived on a farm, will show differences in individualism and analytical thinking. In other words, cultural differences caused originally by the need for food might still determine the way people think and behave, millennia later in a highly industrialised and educated society. The idea also sprang from Talhelm’s time spent teaching in the southern city of Guangzhou. There he found people avoided conflict. “When I was in the narrow aisles of my local supermarket, and people inevitably bumped into me, I noticed that they would tense up, look at the floor and shuffle away quietly,” he told the Scientific American.

Once Talhelm and his team had the idea the actual research, although ambitious, was straightforward. They interviewed 1,162 university students from six locations across China—north (Beijing), south-east (Fujian), south (Guangdong), south-west (Yunnan), west (Sichuan) and north-east (Liaoning). The researchers found that students from rice provinces were consistently more and more collectivistic than those from wheat provinces. These differences were distinct despite the fact that these were university students, not farmers raising rice, wheat or other crops.

Cultural habits of thought and action that were formed by local geography are still evident today, thousands of years later, says Talhelm. The findings may help explain why China’s incipient industrial revolution fizzled out, says psychologist Joseph Henrich of the University of British Columbia in Vancouver, Canada. “Environmental factors favour some types of family structures or forms of social organisation over others. Honed and refined over generations, these institutions create the conditions to which children adapt developmentally, shaping their psychologies and brains. Long after their ecological causes have become irrelevant, these cultural psychologies and institutions continue to influence rates of innovation. As such, wheat farming in Europe may contribute to explaining the industrial revolution,” he says.

Henrich, who was not associated with Talhelm’s research, points that China’s industrial efflorescence did begin in the wheat-growing areas in the country’s north. But it was smothered as invasions and climate change shifted the centre of power to southern paddy regions, where clans had an edge. State-level political and legal institutions reinforced the power of clans and collectivist ethos of Confucianism, nipping China’s industrial revolution. Henrich, however, urges caution. “The rice and wheat theory has been debated for long. The new research does not nail it. But will no doubt drive future inquiry.”