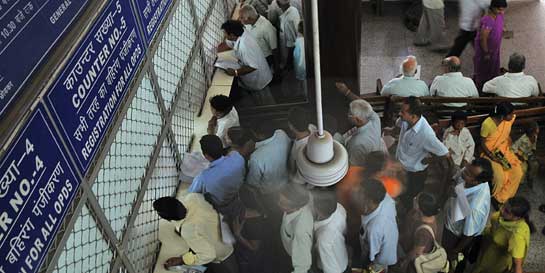 When it comes to health insurance, the common apprehension among people is they should not be taken for a ride. Sixty one-year-old Praveen Damani from Bilaspur bought a policy from the Oriental Insurance Company Ltd in 2000 and got himself covered for Rs 3,50,000. In August, two months after getting the policy, he developed chest pain and was advised coronary angiography. The company rejected the claim of Rs 26,747 for the surgery saying the disease had pre-existed. Damani then underwent a bypass surgery in January 2002. This claim was also rejected. But the court ruled in favour of Damani and ordered the insurance company to pay Rs 1,38,691, with interest.

The court admonished the company and said it seemed to have entered the contract with the purpose of accepting the premium without the intention of giving any benefit to the insured under the garb of pre-existing disease.That way, the court said, the company would not have to pay any claim as every human being was born to die.Then there are unclear policies.

Health insurance policies last one year. The policies are not portablea policy buyer has to stick to one insurance company otherwise there is the risk of the person not getting insurance cover under the garb of pre-existing diseases. People who have group policies through their employers also need to keep a personal policy, else they might face difficulty in getting one after retirement. It is not easy for the elderly to buy policies without high premium because of several pre-existing diseases.

The most vulnerable are paying more under the insurance system. A retired person pays more premium than a young person even though he has lesser means to pay for them, said Jesani of Anusandhan Trust in Mumbai. Despite the irda, the health insurance industry is unregulated, said Ajay Mahal, associate professor of International Health Economics at Harvard School of Public Health, in a paper published in Economic and Political Weekly in 2002.

Even though irda should protect the interests of the policyholders and regulate terms and conditions of the policies offered by insurers, there is no clause for redressal. A consumer can only approach the court. Introducing health insurance where the providers go unregulated and charge on a fee-for-service basis is a recipe for disaster, said Devadasan. The government must put in place a technical body at the Centre and the state, he said. The body should have representatives from the society, doctors, patient groups and insurance industry. This body should also help the government design the health insurance programme for the state and coordinate with other health insurance programmes to minimize duplication and monitor implementation of the programme.

The industry is trying to self-regulate. The ficci health insurance committee took an initiative to create standard treatment guidelines for major diseases in July this year. The guidelines have been prepared for 21 diseases so far.

The guidelines provide a list of tests and procedures acceptable and reimbursable under the policy. At the release of the guidelines, Lloyd Nazareth, chief operating officer of the Wockhardt Hospital Group, said the protocol would improve treatment quality and reduce cost. But Dinesh Singhal, senior consultant at Pushpawati Singhania Institute in Delhi, said the guidelines were based on Western models and should just be desirable, not mandatory.

If standard guidelines are prepared, it should be made either by a technical body of the government or the who and not the insurance industry and the private hospitals, said Dileep Mavalankar of Indian Institute of Management in Ahmedabad. Ghosh though alleged the health ministry was not taking any initiative towards regulation. The ministry should standardize healthcare facilities across the board, she said.

It is also important to have data, which helps insurance companies decide the premium and identify the diseases that need to be covered, Mavalankar said. This requires pilot projects to gather more information about the population to be targeted. This could be done through micro-insurance schemes.


Micro-insurance schemes, administered by ngos, have worked well in the country. The insurance cover in such cases is given by either a public or a private insurance company. Under these schemes, members prepay a set amount each year for specified services. Everyone pays the same amount. Coverage of such schemes is low and includes around 30-50 million people.

An assessment of community health insurance in Gudalur in Tamil Nadu showed insured patients had a hospital admission rate 2.2 times higher than uninsured patients. The researchers concluded in the study published in the October 2009 issue of Health Policy and Planning that a well-designed community health insurance scheme had the potential to improve access to hospital care. Devadasan, who was part of the study, suggested the informal sector should be divided into subgroupsfarmers, drivers, tradersand policies designed according to their needs.

In another micro-insurance scheme, Yeshasvni Trust Cooperative Farmers Health Insurance, started in Karnataka in 2002, pre-existing diseases, outpatient treatment and 1,600 surgical procedures are covered for premiums of Rs 120 for an adult and Rs 90 for a child per year.

Under the scheme, a beneficiary gets free hospitalization, irrespective of whether the hospital is public or private. The government has amounts fixed for different diseases, which they pay to the hospital. The insurance company in such cases just administers the policy. Though hospitalization is free under the scheme, said Devadasan, the poor people have nowhere to go to for common ailments such as malaria and diarrhoea, which they often suffer from. The scheme should cover these as well, he said.

Other existing public insurance schemes include Central Government Health Scheme (cghs) and the Employees State Insurance Scheme (esis). Premiums for these schemes are set according to income and can range between Rs 15 to Rs 150 a month. Started in 1954 by the Union ministry of health and family welfare, the cghs scheme is available to all employees of the Central government, including those retired, MPs, judges, freedom fighters and journalists.

The ministry of labour administers esis, which targets those who earn less than Rs 10,000 a month. The scheme provides protection to employees against loss of wages due to sickness, maternity, disability and death due to employment injury.


The government needs to decide whether it wants to provide its own service or depend on private players for insurance, Mavalankar said. Insurance is a social protection measure and cannot merely be a money-making business. Simple social schemes can work, he added.

While India is debating what should be the nature of regulating the insurance industry, worldwide too, health insurance systems are in a flux and debates are on. The US recently passed a bill to introduce public-funded healthcare for the poor, which has not found favour with Republicans or insurance companies (see box). Under the existing system, 30 million people are not insured in the country and are unable to afford healthcare.

Unlike the US, Germany and the UK rely more on public insurance companies and cover most of its population. But these countries now are also headed the private way to ease the burden on the state, but without disturbing the existing system. Under the existing system in Germany, employees pay 7.9 per cent of their income and employers put in 7 per cent towards health insurance. Under the suggested reforms, the taxpayers contribution towards insurance would be increased, but not that of the employers. Critics argue the plan would make the system expensive.

With inputs from Ashutosh Mishra