A look at the changing scenario of Bihar politics

Of late, women have become the it factor in elections. Caste also plays a dominant role in voter polarisation

The rise of women voters 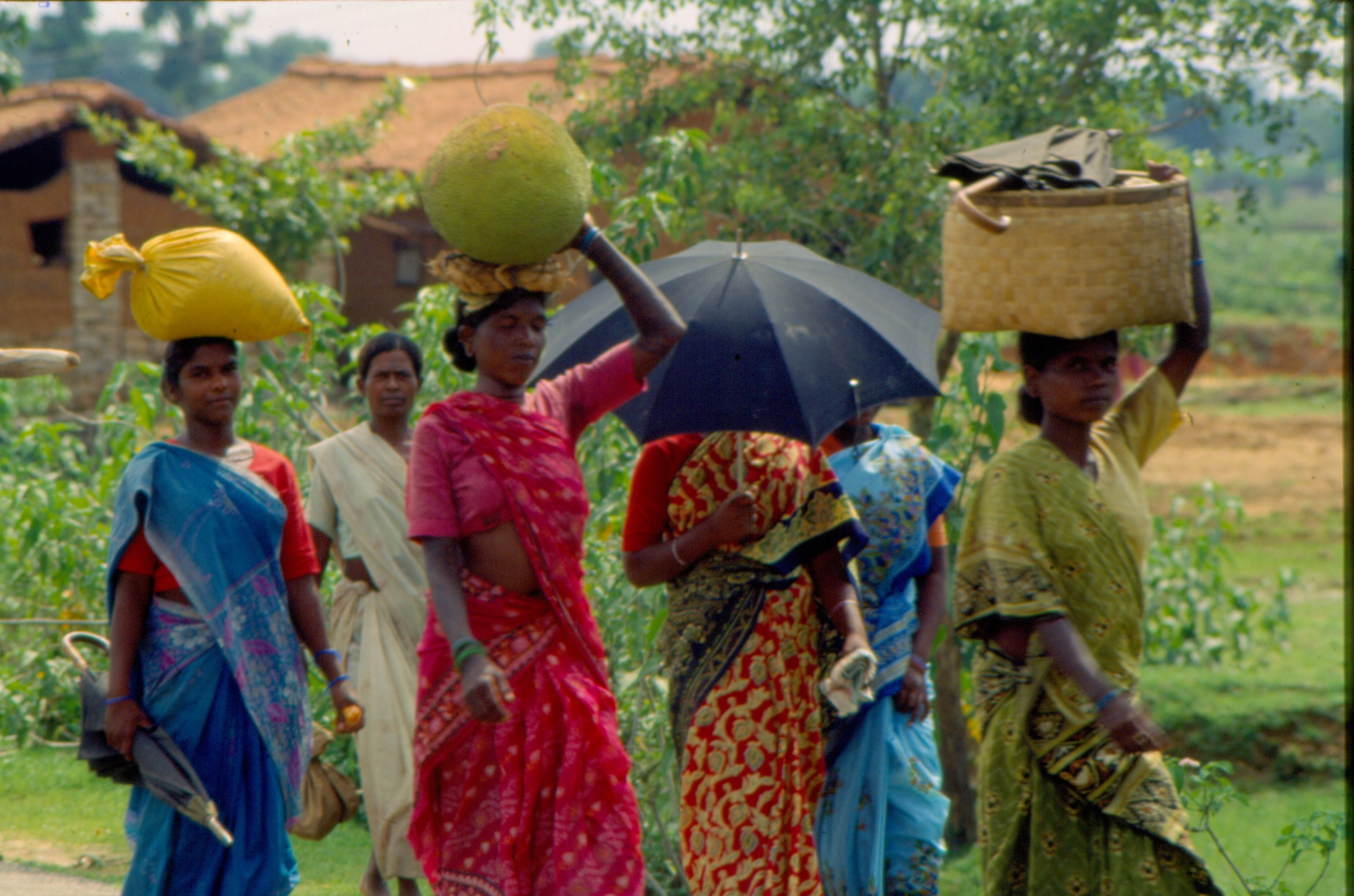 This time in Bihar assembly elections, women voters outnumbered their male counterparts. If one goes by trends, the number of women casting vote has been on the rise for sometime.

They came out to vote in large numbers in the 2010 assembly elections as well as during the 2015 Lok Sabha polls. Like Bihar, other parts of the country had also witnessed high women voter turnout in the last few elections.

Women and voting patterns
Both this time as well as in the last parliamentary polls, the voting pattern of women voters had no clear-cut direction. In this assembly elections, their high turnout is keeping experts and political analysts guessing over the results.

Bihar had the highest percentage of women legislators (14 per cent) in 2010. But the state is known for its low female literacy rate (52 per cent) and skewed sex ratio (935 females per 1,000 males).

The trend of women voters coming out in large numbers to participate in elections has been observed in the past five years. In the four states that went to polls in 2013—Madhya Pradesh, Rajasthan, Chhattisgarh and Delhi—the participation of women in the election process increased when compared to previous polls. Analysts say this is due to the increasing number of women voters.

The table below shows the percentage of women voters in the five-phased Bihar polls.

Are women-centric policies drawing the fairer sex to booths?
For the first time in the 2010 assembly elections, women voters of Bihar outnumbered their male counterparts by 3 per cent.

At that time, the Janata Dal United (JD-U) and the Bharatiya Janata party (BJP) fought the elections together and got three-fourths majority. The interpretation was that the BJP-JDU alliance won due to women choosing to vote for them.

In the 2014 parliamentary elections, women voted 3 per cent more than their male counterparts. This time, the JD-U and the BJP fought separately.
“It is an overstate to claim that women are voting for a particular party only,” Sanjay Kumar, a Delhi-based psephologist with the Center for the Study of Developing Society, a leading centre on social research, said. “Votes are distributed and all the parties are getting more or less out of it,” he added.

It is possible that the incumbent government was quite pragmatic in coming up with women-centric policies which supposedly politically empowered them.

On the basis of these programmes, Chief Minister Nitish Kumar is claiming for his alliance a lion's share of women's votes.

Kumar first came up with 50 per cent reservation for women in the panchayat elections. He also promised scholarships, cycles and school uniform schemes for girls and a dedicated women police battalion in the state.

All these policies are dedicated to benefit women. In this election too, the party manifesto promised 35 per cent reservation for women in state government jobs.

However, experts feel that all these schemes are neutral to caste and class and have universal appeal. “Kumar has crafted a women's constituency in the past 10 years as chief minister of the state. Some of these schemes (women-centric ones) had paid him dividends in the 2010 elections too,” Shiabal Gupta, the director of Bihar-based non-profit Asian Development Research Institute, said.

According to Gupta, all these initiatives are caste and class neutral and helped women across the state. Another explanation of women voting more is the changing nature of rural demography. There is large-scale migration taking place from rural areas to urban centres. Men are migrating to big cities in search of livelihood, leaving the women behind.

“When we visited villages, we generally met elderly women and children. The male members had migrated to other parts of the country, especially big cities, and left behind the women to vote accordingly,” Daisy Narain, a rights activist who teaches history at the Patna University, said.

A large number of women are engaged in government schemes like the mid-day meal scheme. They also look after anganwadis, work as health workers and run self-help groups. The presence of women in the Panchayati Raj system also motivates them to vote. 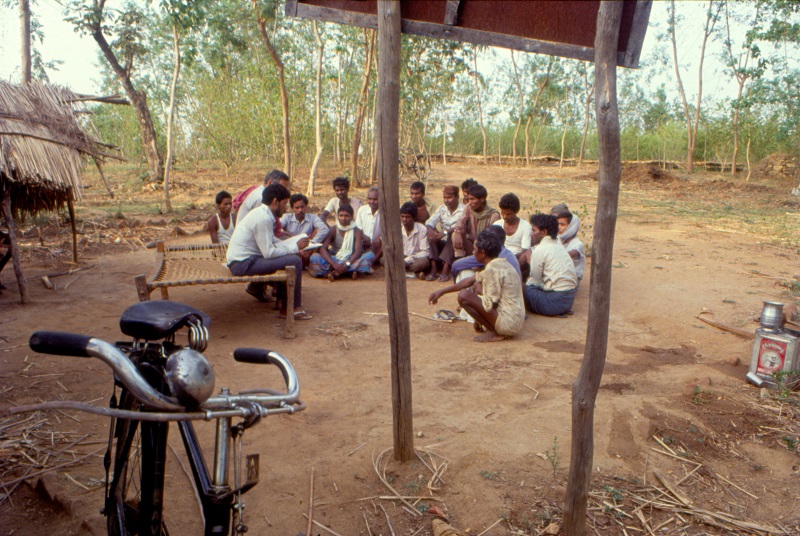 "We don’t cast votes, but we vote caste," says M N Karn, a Bihar-based sociologist, as he repeats a popular saying about electoral politics of the state. Karn, who was former vice chancellor of North-Eastern Hill University in Shillong, underlines the importance of the role caste plays in electoral politics.

Caste may determine how voters group together, but the professions traditionally associated with different castes find no place in electoral discourse. Professions like rearing livestock, and other agriculture-related activities, which have been helping manage the natural resources of villages or regions, always remain on the margins of political debate.

Nearly 90 per cent of the total population of the state lives in rural areas. According to the seventieth round of National Sample Survey Office (NSSO) report, nearly 51 per cent of Bihar’s households depend directly on agriculture against the national average of 58 per cent. More than 82 per cent of the state’s 10 million land holding agricultural households are marginal and own less than one hectare of land. Apart from agricultural produce, feed and fodder required by livestock keepers also depend on agriculture. That is why conservation of natural resources is more important than ever for the winning coalition.

Authentic caste-wise data is still unavailable and caste numbers claimed by community leaders are mostly exaggerated. Some civil society organisations also collect data for research, but most of these numbers are based on sample data.

An estimated 15.7 per cent of Bihar’s population belongs to the Scheduled Caste (SC). Most of the SC population who are landless have been working in production (milk, fish) and service (masonry, pottery) sectors over many centuries. According to the NSSO report, five per cent of agricultural households are landless. Only 22 per cent of rural households possess job cards under Mahatma Gandhi National Rural Employment Guarantee Act (MGNREGA) and 30 per cent of households depend on livestock for sustenance.

Rearing of livestock is practised across caste and community lines in the state. Thirty per cent of all households depend totally on livestock. But the rearing of cattle and buffaloes is mostly practised by the Yadav caste which is a substantial proportion of the Other Backward Caste (OBC) group. Yadavs constitute 13 per cent of the total population (100.5 million) of the state. The Scheduled Caste, who are mostly landless, rear animals like goats and sheep.

But the number of cattle has declined by around 3 per cent. Moreover, the indigenous breed of cattle has seen a sharp decline of more than 17 per cent. The state also has 0.26 million stray cattle.

There is no plan in sight to conserve the indigenous breed or stray cattle. As conserving cattle did not appear as a priority in either coalition’s poll promises, the election result is not expected to bring any reprieve for those engaged in rearing of cattle.

After the debacle of parliamentary elections, the then Chief Minister Nitish Kumar sought to placate the fisher community by bringing it into the fold of Scheduled Tribes (ST), but did nothing to address its livelihood issues.

The construction of Farakka Barrage in West Bengal over the river Ganga in the 1980s created a livelihood crisis for this community. Members of the community began moving to other professions and Bihar, which had an abundance of fish, began importing from Andhra Pradesh and West Bengal.

Anil Prakash is a Bihar-based environmentalist who founded Ganga Mukti Andolan (Free Ganga movement) in the early 1980s to bring back the natural flow of the river.

"The Farakka dam proved to be a disaster for the community," says Prakash. "It led to fish depletion. The migratory route of the fish shut down and their breeding ground process was also disturbed forever."

According to Prakash, the Central government has now proposed 16 barrages over the Ganga between Allahabad and Haldia to start water ways.

“These 16 barrages will become the last nail in the coffin of the fishermen and ecology. We are protesting and working with the community against these projects," he says.

Musahar, a community named for rat-eating in paddy fields, is at the lowest rung of the Hindu caste hierarchy. It is considered as the most deprived community. According to one estimate, there are around 2.5 million Musahar living in abject poverty. Less than five per cent of the total community is literate. Despite a law prohibiting untouchability, Musahar are treated as untouchables.

In 2008, the state government had decided to start a rat farm to help the Musahar sustain their livelihood. But the government faced flak from the opposition and withdrew its plan under pressure.

Uday Narayan Chaudhary, community leader and also speaker of Bihar legislative assembly, says that by eating rats, the community saves the grain in the fields. "Our community eats only those rats which are found in paddy fields. These rats eat and destroy hundreds of tonnes of grains. This contribution is ignored by land owners," says Chaudhary.

Chamar are engaged in the skinning of carcasses of cows and other dead animals for their livelihood. They constitute the largest population among Dalits. The community is engaged in disposing of dead animals but has never got its due from successive governments.