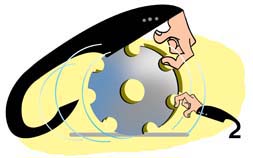 Barclays arrived at its conclusion after studying the relationship between global energy market and climate change policy. According to its report, the global energy demand is projected to rise by over 50 per cent by 2030 and most of it will depend on coal. At present, about 60 per cent of total global primary energy needs are supplied by coal and oil. The report claims that without a change in policy regime, humankind's dependence on fossil fuels will continue until then. "This problem lies at the core of the climate change debate," says Tim Bond, global head of the asset allocation at Barclays Capital and author of the report. "Consequently, co2 emissions will soar," he adds.

Bond's solution: reduce dependence on hydrocarbons to bring about an energy revolution. "Those who couch the climate change debate in terms of cost to growth are underestimating the impact of an energy revolution," he says. His assumption is based on the fact that all historical changes in energy supply--from dung to wood to coal to oil--have been stimulative for the economies concerned. Every major change was accompanied or followed by faster economic growth; the same is true now, he says. But what has been deterring investments in the energy sector? "It is the current uncertainty over the us's climate change policy--the uncertainty about cost of abatement and future economic growth. Until public opinion forces the us to address the issue, energy scarcity will intensify and prices will continue to soar and may lead to economic losses," says Bond.

Barclays' report emphasises the need for alternate sources of energy. About 65 per cent of greenhouse gas emissions are generated by energy use, the rest come from agriculture and land use changes like deforestation and urbanisation. Thus any attempt to stabilise co2 emissions will fall on the energy sector.

"Even if we cannot switch overnight to hydro, solar, wind and other less polluting energy sources, we can, in the meantime, try to deal with the environmental damage done by our use of fossil fuels. Instead of letting co2 into the atmosphere, we can bury it under the sea, in old oil fields or in natural underground reservoirs," says uk-based geologist Stuart Hazeldine.

For global economy to grow, the energy supply infrastructure should be expanded to meet the projected 50 per cent increase in demand while simultaneously cutting the 80 per cent of energy supply generated from hydrocarbons, in favour of alternative sources. The requirement is for both a sharp and sustained increase in energy investment, as well as an almost total switch in the existing and future energy infrastructure away from fossil fuels.