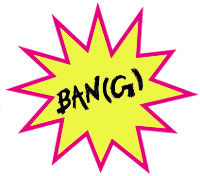 How big should the bang be? This is the crux of the decibel debate on firecrackers. Not only have manufacturers propounded their own theory on the subject, they are lobbying hard to get the stipulated 125-decibel (db) limit raised or even scrapped. As the next date of hearing (September 30) in a protracted legal battle in the Supreme Court (sc) approaches, the noise is getting louder. Because at stake is the very existence of the industry, which employs close to 10 lakh workers and whose annual turnover is Rs 400 crore.

Firecracker makers can, however, seek solace in the fact that the Union government appears to be in no hurry to enforce the regulations. While they were notified three years ago, a monitoring mechanism is yet to be put in place. In fact, sources in the units located in Sivakasi, Tamil Nadu -- which meets 90 per cent of the total firecracker demand in the country -- reveal that Prime Minister (pm) Atal Bihari Vajpayee has assured them that their views will be taken into consideration. The industry was reportedly represented by incarcerated Marumalarchi Dravida Munnetra Kazhagam (mdmk) leader Vaiko.

The Environment (Protection) (Second Amendment) Rules, 1999, were recommended by the Central Pollution Control Board's national committee on noise pollution control (ncnpc). The department of explosives (doe), under the Union ministry of commerce and industry, is the implementing agency.
Last year in September, the sc ruled that the recommended benchmarks should be implemented forthwith. As per the rules, the manufacture, sale or use of firecrackers generating noise in excess of 125 db at four metres from the point of bursting are prohibited.

To arrive at the prescribed standard, studies were conducted by the National Physical Laboratory (npl) and Defence Institute of Physiology and Allied Sciences (dipas) -- both based in New Delhi.

npl suggested a limit of 115 dB for firecrackers. The dipas study exposed children and adults to continuous noise from fireworks for 30 minutes at a level of 139 dB. This resulted in temporary hearing loss, from which the subjects recovered within two hours.
"The regulations are unscientific and stringent," says K Mariappan, joint secretary, All-India Federation of Fireworks Association (aiffa), Sivakasi.

But experts warn than even the 125 db limit is high and can damage human health. "There is enough scientific evidence available on the ill-effects of noise," contends Debi Goenka of Bombay Environmental Action Group, a non-governmental organisation.

Yeshwant T Oke, a doctor with Association of Medical Practitioners, Mumbai, endorses Goenka's view. He suggests the example of West Bengal, where the permissible noise level is 90 db. Under the Environment (Protection) Act, 1986, states are free to notify their own noise levels. But these should not exceed 125 db.

As a part of its proactive campaign, the firecracker industry recently approached Union minister of environment and forests T R Baalu. The manufacturers' pitch had emotional overtones, too. Here's a sample: "Festivals and cultural activities are happy occasions that cannot be celebrated without noise... Traditions, practices, religion and heritage need not be tampered (with) by unnecessary restrictions."

Sources in the Union ministry of environment and forests (mef) brush aside the issue. Sunita Auluck, director, mef, refused to comment on the pretext that she was busy with the parliament session. On its part, the doe is also not ready to shoulder complete responsibility for enforcing the rules. "The implementation is underway, but testing procedures are yet to be notified," says K M Ghosh, scientist at doe, Nagpur. He, however, did not clarify what the monitoring procedure was.

Meanwhile, industry representatives cite operational problems. "The noise level of a firecracker can increase from 125 dB to even 140 dB after it has been manufactured because when it is packed the chemical is not completely dry," claims a member of Delhi Outer Fireworks Dealers Association. Mariappan puts another poser: "Even if the industry accepts the 125 dB limit, where in India do authorities have measuring devices to check noise levels?" He alleges that in the absence of a proper monitoring mechanism, the entire industry is being targeted. The 500 factories in Sivakasi produce about two lakh batches daily and keeping tabs on all of them is impossible, he adds.

"The best way to ensure implementation of rules is to check firecracker consignments when they enter the cities, and prosecute the violators immediately. And for this, citizens' participation is a must," says Goenka. Committee members have suggested random sampling of firecrackers. Another solution is to completely ban individual bursting of crackers and have organised firework display, adds Goenka. This practice is followed in European nations.