The dugong stages a revival, thanks to conservation efforts 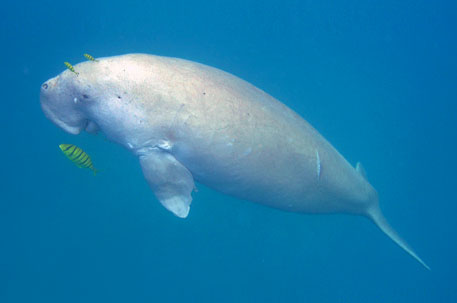 IT IS SIX to seven feet long, has a curvaceous body and when it sits by the sea feeding its young, it resembles a mermaid from a fairy tale. For long, the dugong kept a low profile. The mermaidshaped creature is the sole member of its family and spends most of its time in shallow seas where healthy sea grass meadows exist, often mingling and swimming in herds.

Unfortunately, today this beautiful creature is on the verge of extinction across most of the Indo-Pacific region. In India, dugongs were once abundant along the west and east coast and around its two island groups. But now they are sighted only around the Gulf of Kutch, Gulf of Mannar and the Andaman and Nicobar archipelago.

They disappeared from the Lakshadweep islands around 60 years ago. Its rarity notwithstanding—or perhaps because of it—something fascinating has been happening in areas where they currently occur. Throughout its range in the Indo- Pacific, dugongs have become a priority species for conservation in recent times.

In the past couple of decades, the number of articles, peer-reviewed publications, academic theses, posters and other educational material on the dugongs have increased. Odd as it may seem, the charisma and current critically endangered status of the animal are helping the dugong survive better in its favoured habitat—seagrass meadows.

The first major conservation impetus came more than two decades ago. In 1992, the Union Ministry of Environment and Forests amended the status of the dugong, giving the marine animal legal protection under the Wildlife (Protection) Act. The ministry also directed the Zoological Survey of India to study the status and distribution of dugongs in the Gulf of Mannar and Palk Bay. Scientists from the institute chalked out a methodology for surveying dugongs, including aerial surveys. However, during the two-year study, the scientists could not sight a single living dugong. The initial enthusiasm whittled away, when the scientists received little political and financial support for the surveys.

As researchers studying dugongs for the past few years, our efforts are rooted in the idea that if one wants to conserve the dugong, one needs to understand its habitat. With this in mind, we at the Nature Conservation Foundation (NCF) initiated a study in 2007 on the interaction between dugongs and its habitat: seagrass meadows in the Andaman and Nicobar archipelago. At times, we went months without a single sighting of the animal, and sometime we used indirect evidence—feeding trails on seagrass, mortality records and stories from village elders and fishers—to deduce details of the dugong’s life. 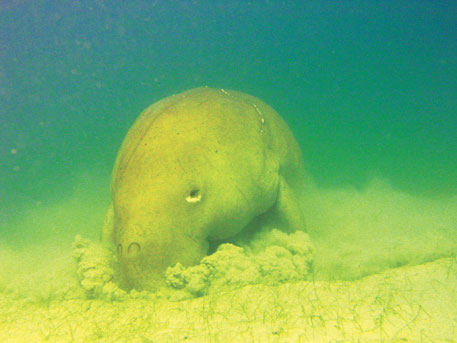 In seven years, we sighted 15 individual dugongs across the Andaman and Nicobar archipelago. We found that dugongs are restricted to sheltered bays and channels with persistent seagrass meadows dominated by Halophila and Halodule genera. In these locations, dugongs consistently avoid patchy meadows with low seagrass cover. But on further probing, we found something more dangerous than habitat destruction.

We observed that a tourism boom in the past decade and a resultant increase in fishing are adversely affecting dugong. We found the dugong was getting entangled in the modern nets used by the islanders to catch fish. Direct hunting also appears to have led to the extinction of dugongs from several locations in the Andaman and Nicobar Islands.

However, the hard work of many conservation organisations, local community institutions and continuous support from the forest department means that local people are aware of dugongs and islanders are keen to protect the species. The Andaman and Nicobar forest department, with the help of local ngos, is conducting awareness campaigns for the conservation of the species. In 2002, the dugong was declared the state animal of the Andaman and Nicobar Islands. This and other conservation efforts catapulted dugongs to celebrity status in islands. At the national level, the dugong task force was constituted in 2008 and the animal is now top priority under the Centrallysponsored Species Recovery Programme.

Under this programme, the forest department, in collaboration with Nature Conservation Foundation, studied interactions between seagrass and its habitat. During the second phase of the project, the forest department will actively monitor the habitat of dugong and enforce anti-poaching regulations. Tamil Nadu and Gujarat plan to follow in the footsteps of Andaman and Nicobar islands. 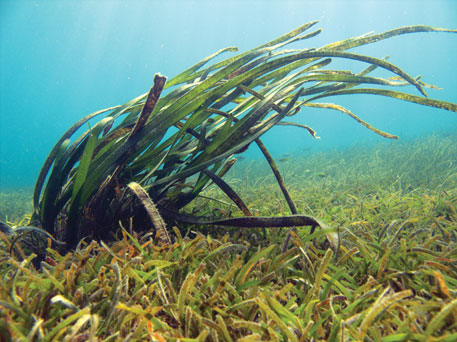 Even international conservation organisations are finding ways to cooperate across national borders. United Nations Environment Programme has signed a memorandum of understanding with countries where dugongs are known to occur. India is now a signatory to the Convention on the Conservation of Migratory Species. Recent meetings among nations have led to proposals for sharing data, coordinating research and creating a protected area for dugongs. Plans of special dugong task force are in pipeline.

Even then, there are huge challenges. The pressure from the fishing community, accidental mortality in fishing nets, the propellers of highÃ”Ã‡Ã‰speed boats are a few. A major bottomÃ”Ã‡Ã‰up approach, a communityÃ”Ã‡Ã‰based conservation programme is yet to see the light of day. More significantly, the areas where dugongs are found will always be isolated and difficult to reach. Poverty amongst local fishermen remains a significant problem that can slow or even impede change.

But one thing is clear: the endangered status of the dugongs seems to be leading the way forward.