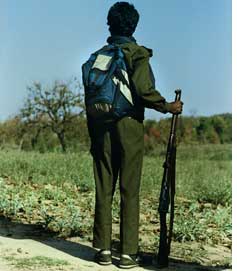 Land alienation, poverty amongst scheduled tribes and dalits and lack of access to basic forest resources have contributed to the growth of naxalism, says the Planning Commission. Its report, Development challenges in extremist affected areas, indicts Salwa Judum in Chhattisgarh. The report also critiques sezs and the complete failure of instruments like the Panchayat (Extension to Scheduled Areas) Act, 1996 and the Forest (Conservation) Act, 1980.

In 2006, the Planning Commission set up an expert group headed by D Bandopadhyay, a retired ias officer experienced in dealing with naxalites in West Bengal in the 1970s, to look into the phenomenon of naxalism.Its terms of reference included identification of processes and causes contributing to continued tensions and alienation in the areas of unrest and discontent, such as widespread displacement, forest issues, insecured tenancies and other forms of exploitation like usury, land alienation, etc. It also included special measures to be taken for strengthening the implementation of pesa. The committee comprised Prakash Singh, former up dgp; Ajit Doval, former director of the Intelligence Bureau; B D Sharma, retired bureaucrat and activist; Sukhdeo Thorat, ugc chairperson and K Balagopal, human rights lawyer.


This report is a first of its kind in the last 22 years by the Centre. We have tried an open approach rather than a security-centric one, informs a senior member of the expert group. Bihar, Orissa, Madhya Pradesh, Uttar Pradesh and West Bengalstates reeling under rural poverty, with a major proportion of Scheduled Caste (sc) and Scheduled Tribes (st) are precisely the spaces that form the hotbed of the naxal movement. The report stresses the need to come out with a consensus report which...could give the authorities, the civil society and public at large an analysis of the situation and a package of programmes to tackle the issue of rural violence which has been continuing in the rural areas of India for nearly four decades.

The report argues land-related factors play an important role in the growth of naxalism, as seen in the land to the tiller policy of the naxalites. It does say, however, that naxalites have done little to redistribute private land among the poor. Pointing out that thousands of acres of land remain fallow, the expert group has asked the government to devise legal means to ensure that the landless get land. In this context, they recommend laws like Panchayat (Extension to Scheduled Areas) Act, 1996; the National Rural Employment Guarantee Act, 2005; and The Scheduled Tribes and Other Traditional Forest Dwellers (Recognition of Forest Rights) Act, 2006 be implemented in full earnest in order to ensure people their land and rights.

The group has also called for a strict monitoring and co-ordination of various commissions formed as custodian to the scheduled castes and scheduled tribes; it urges consultation among these bodies and joint initiatives for concerted and compulsory action, mandatory for chief ministers to follow.

To ensure financial stability, the expert group recommends all debt liabilities of the weaker sections be liquidated where the debtor has paid an amount equivalent to the original principal and where intended benefit for which the loan was taken has not accrued to the borrowers. 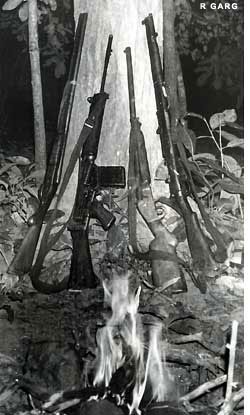 The report states Public purpose in the Land Acquisition Act should be limited to national security and public welfare and should not be stretched to acquisition for companies, cooperatives and registered societies. The report targets amendments contained in the Land Acquisition (Amendment Bill) 2007 These proposals need to be further revised to minimize displacement and secure the rights of affected displaced persons.

Corroborating the report, Nihar Nayak, research fellow, Institute for Defence Studies and Analyses, says An essential measure long overdue is a time bound possession survey of all land under cultivation of scheduled castes and scheduled tribes. This should lead to distribution of grant of title to those who do not have title, identification of land illegally alienated and restoration of alienated land so identified. Moreover, the expert group has recommended, the power granted by pesa to gram sabhas to prevent alienation of land should be extended suitably to Scheduled Castes and Scheduled Tribes, beyond the Scheduled areas, as recommended by various commissions and as is prevalent in parts in some states (Rajasthan/M P)


Critics feel the report is loosely titled; it does not define who is an extremist, or what classifies as extremism. Even though it has focused only on leftwing extremism (Maoism or naxalism) and development challenges, it has overlooked other conflict-affected regions with a similar problem, like the Northeast and j&k, says Animesh Roul, executive director, Society for Study of Peace and Conflict. Ajai Sahni, executive director, Institute for Conflict Management, Delhi, is harsher It is a cut and paste job of solutions proposed earlier. It does not look at the ground situation. But Bandopadhyay has a kinder take Naxalism has emerged as a result of deficit in planning; constant alienation has made people take up arms and its time one understands the problem as not just a law and order problem but one thats foundations are socio economic.

The report relates naxalism to deeper faults in governance, land alienation, unemployment and inequalities in societies. But for Roul, this isnt enough it remains silent over the growing criminalization of this so-called ideological movement and the rampant exploitation of natural resources and extortion business by naxalite groups. He adds It also overlooks the problem of exploitation of women and children, mostly tribals and poor villagers in surroundings.

Expert group members feel talks with the naxals, by building trust with them, is the way out. One must open up to the idea of talking to the groups. With the government ready to have dialogue with the ulfa, Kashmir militants, its crucial to engage in talks with naxals rather than further marginalize them and have a police-centric approach, adds Bandopadhyay.


A May 2006 status paper the ministry of home affairs prepared had very clearly stated that no talks should be held with naxals unless they lay down arms. The Planning Commission recommends a more subtle approach. It says the tribal sub-plan be brought under the Fifth Schedule, that forest produce be provided protection in the form of minimum support prices and all petty cases registered under forest legislation against tribals and poor people be withdrawn.

It is imperative that the Scheduled Tribes and Other Traditional Forest Dwellers (Recognition of Forest Rights) Act, 2006 be implemented properly, so that those affected by extremism are not only rehabilitated with land but are also ensured a livelihood, says Ramesh Sharma, activist, Ekta Parishad.


Says the report As a principle of good governance such a situation (as Salwa Judum) is not desirable. Even Chhattisgarh Congress leader Mahendra Karma, instigator of the movement, has now acknowledged Salwa Judum has gone out of his control.

However, Chhattisgarh home minister Ramvichar Netam and Director General of Police Vishwa Ranjan think differently. They have come to these camps on their own and they know that they are safe here. Let there be a fair enquiry and the truth will be known to all, says Netam. He vouches facilities provided at the camps for women and children. However, says Shubrangshu Chowdhury, a freelance journalist and an activist working on issues in Chhattisgarh, Those in camps live in the most unhygienic conditions and away from their natural habitat. Adds Shiv Narayan, Ekta Parishad activist based in Kanker district in Chhattisgarh, Salwa Judum has done more harm than good. The villagers are now beginning to return to their villages in the forest, they face a threat from naxalites now. They would not think twice before harming the villagers since they believe that the villagers had deposed against them.

The report recommends Salwa Judum be scrapped, since it delegitimizes politics, dehumanizes people and degenerates those engaged in their security and above all represents abdication of the state itself. It clarifies that forced migration of tribals to camps or to other states leaves their land up for grabs for industry. It suggests deploying an empowered task force to execute the protection and development programmes for the benefit of the people and redressal of their grievances.The report suggests that the authorities should encourage civil society groups, having knowledge of, and sympathy with, local tribals in assisting this task force for wider participation of people in implementation of the various laws.


The Planning Commission is hopeful the government will take a step towards talks this election year. However, believes Nayak, negotiations need to be area-specific. The causes for uprising are different in each state and recommendations have to be made accordingly. In Andhra Pradesh, Bihar and Tamil Nadu, land alienation and caste discrimination form the basis for discontent. States like Orissa have had to suffer from large-scale tribal displacement and forest degradation due to large-scale industrialization projects; Maharashtras farmer suicides have led to uprisings.

The expert group also feels there is a need to bring the naxals into the mainstream by giving them a stake in the mineral-rich area they occupy. This will give them some sort of security of their land. But we need to ensure that they do not turn out to be as corrupt as the present contractors, said a senior member of the Planning Commission.