But how sharp are the teeth? 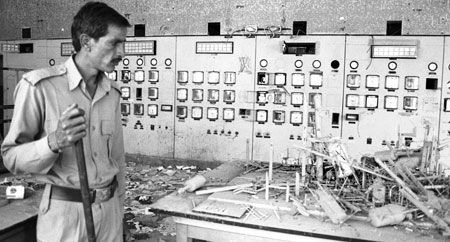 Has Bhopal taught the nation how to ensure industrial safety?

Following the Bhopal accident, several pieces of legislation came into force, the prime one being the Environment Protection Act (EPA), 1986. In 1987 a new chapter was added to the Factories Act, 1948, in the aftermath of Bhopal and the oleum gas leak in New Delhi in 1986. One person died and many others were affected when oleum gas leaked from the plant owned by Shriram Food and Fertilizers in Delhi.

“A significant change was the redefining of the word ‘occupier’. One of the directors of the company has to be the occupier now,” said Usha Ramanathan, law researcher who has studied the Bhopal case. The occupier implies a person designated as responsible for the affairs of the factory, including safety. ‘Hazard’ and ‘disaster’ were now extended to people living nearby and not just on the factory premises, Ramanathan explained. The amended Factories Act now states it is the occupier’s obligation to show, in the event of an accident, that due diligence had been exercised to enforce the safety obligations.

But the amendment absolved the manufacturer of responsibility for safety as long as the user of a hazardous technology gave an undertaking: “The article will be...without risks to the health of the workers when properly used.” This clause works in favour of companies like UCC. In the Bhopal case even though UCC held 51 per cent shares, it contended it is not liable because UCIL was in charge of operations.

“The amendments to the Act are flimsy as factory inspectors are corrupt and certify without knowing the technicalities,” said Bidwai. “The EPA, too, added a new list of hazardous chemicals but never really collected data on their use in India,” he added.

In 1991, the Public Liability Insurance Act (PLIA) came into force to provide interim compensation to the victims in the event of an industrial disaster without having to prove neglect or wrongful act of any person. PLIA requires industry owners to obtain insurance policies which shall not be less than the paid up capital of the unit and limited to Rs 50 crore. This was amended in 1992 because insurance companies were unwilling to insure hazardous companies for a sum without a cap on compensation per victim. “This, even though the PLIA prescribed limits on the amounts to be paid to each affected person where death, serious injury, loss of work, or damage to property occurs,” Vijay Nagaraj and Nithya Raman wrote in an article in the December 2004 issue of Seminar. The maximum compensation that a victim can claim under this Act is Rs 25,000.

An Environmental Relief Fund (ERF) had to be created to receive the premium a factory owner paid on his insurance policies under PLIA. “It was supposed to disburse compensation once the National Environment Tribunal Act came into the picture,” said Supreme Court advocate Sanjay Parekh. The Act was passed in 1995 to set up tribunals to deal with the determination and disbursement of compensation. “It never came into force and now the matter is proposed to go under the Green Tribunal Act,” said Parekh.

In 1989, Manufacture, Storage and Import of Hazardous Chemical Rules were notified, which stipulates the maximum storage limit of 11 chemicals.

The Bhopal disaster reached such mammoth proportions because the amount of MIC stored was much higher than actually required for the production of Sevin, UCIL’s final product. “Storage rules or even hazardous waste rules for that matter are not being followed at all,” Parekh said. State pollution control boards are supposed to check if there is enough facility for storage before giving clearance for a factory but that is all on paper. There are so many mini-Bhopals waiting to happen, he added. “For instance, we do not have a hazardous waste disposal facility in Delhi, so where has all the waste been going all these years?” Parekh asked.